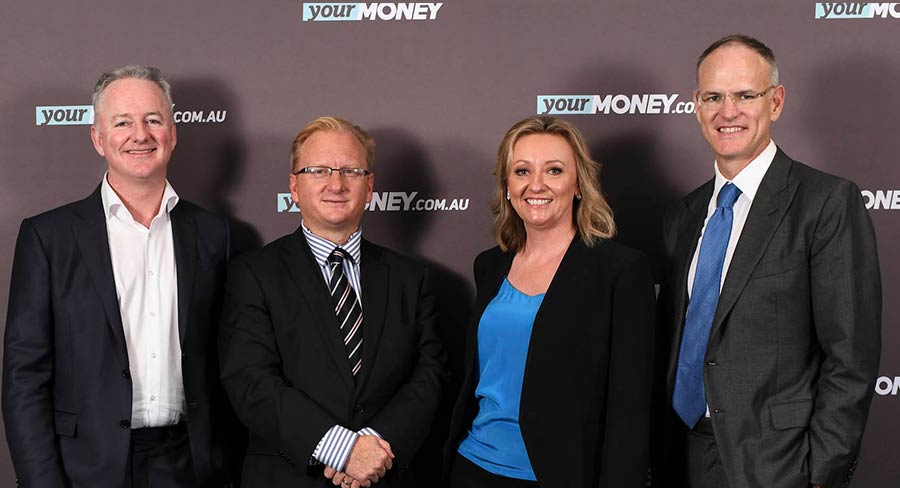 Leanne Jones is one of the presenters on the new Your Money channel. She was onstage at the channel launch talking about her Business Breakfast show. She might have faced the toughest challenge last night. Just a few hours later her alarm went off at 3am and she in the News Corp studio by 4am preparing for this morning’s show, which started at 6am. However, it was incoming Sky News Australia CEO Paul Whittaker who stole the show. Whittaker, just in his seventh day on the job after leaving The Australian, reminded the guests that just a few months ago he was writing about the death of Fairfax as Nine revealed its merger proposal. “The day Fairfax died”, said the headline. Now just weeks later he is working alongside the new Fairfax owner in a JV. And that new Fairfax owner reckons Fairfax is far from dead.

“To Hugh’s credit, Nine has stuck with this joint venture as our partners, and I hope this will be a smoother coupling than the big one they are still yet to finalise,” said Whittaker. Your Money’s host of the 5pm show Ticky, Ticky Fullerton, hosted the event and introduced Miller and Marks, who delivered short welcome speeches where they both paid tribute to the channel’s CEO Kylie Merritt and her team for making the transition from Sky News Business to Your Money in a very short period.

Fullerton was then joined on stage by her on-air Your Money colleagues – Leanne Jones plus James Dagger-Nickson and Ingrid Willinge – who talked about their respective programs and what they were offering viewers. Although the primetime hosts Brooke Corte and Chris Kohler didn’t speak, they could see the launch event and the guests could see them as they were broadcasting behind the studio glass. Your Money’s Merritt explained the transition from Sky News Business, which launched just over a decade ago, to the new channel. “Over the decade we built a loyal following and it became the go-to destination for market professionals in Australia. We will continue to service that market, but we will also expand the offering.”