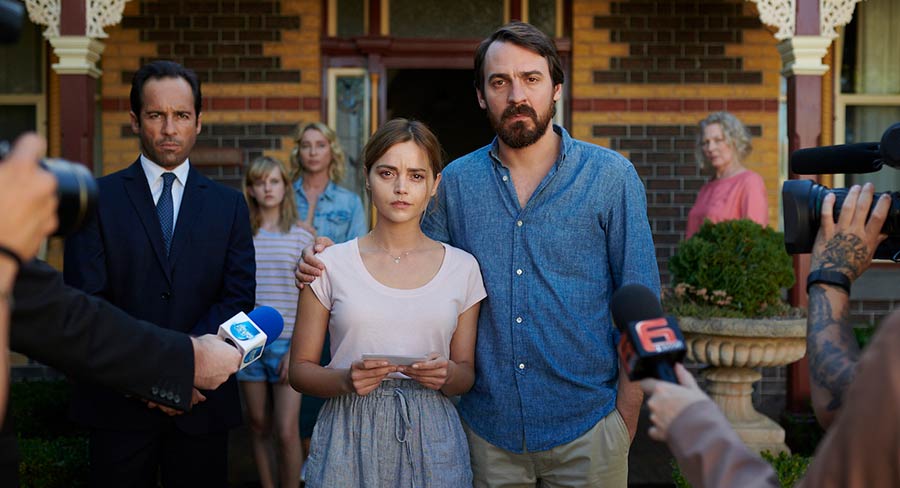 • Julia Morris and Dr Chris Brown have been on fire together

2019 is off to a great start with some fantastic TV dramas set in Australia, and two laugh out loud reality shows. 10’s I’m A Celebrity…Get Me Out Of Here!, which started early in mid-January, has proved to be a perfect alternative to cricket and tennis.

As always, hosts Julia Morris and Dr Chris Brown have been on fire together (which bodes very well for their Sunday Night Takeaway coming soon), and production has been first rate. The celebrity challenges have been more extreme than ever, and hearing Richard Reid scream, while being electrocuted as he ran around with rotting food, is the funniest moment on TV this year.

Coming a close second is Married At First Sight, a show that now has its formula down pat. A first time viewer might think the show is all about happy-ever-after, given how well all the “weddings” seem to go. It’s only long-term viewers who know this is never a fairytale – scrutinise the background action for clues as to how it will all unravel. Clue number one – any bride who has a heavily tattooed brother and a father who used to be a boxer, is probably going to turn out to be a handful. And particularly when she is a “city girl” paired up with a regional farmer. Nobody needs another season of The Farmer Wants A Wife to know that this rarely turns out well.

As for MKR, sorry guys, but given I am hooked on those other shows, there is simply no time for your 10th anniversary season. And are you really going to continue starting it from 7pm? If Home And Away isn’t rating what it used to, maybe you need to look back over its 30 year history, because it’s been down and come back up before. What brings viewers back is a hot new storyline (i.e. not another tired tale about bad boys and drugs) and/or the return of a fan favourite (and Kate Ritchie has already told TV Week she won’t say no if “Mr Stewart” asks nicely).

This would be a good time to revamp Home And Away because Aussie drama could be on a roll. Bloom, which dropped on Stan for New Years Day, was brilliant, and I could not fault that cast of Bryan Brown, Jacki Weaver, John Stanton, Anne Charleston, Terry Norris, Rod Mullinar and Ryan Corr.

The Cry, which premieres on ABC this Sunday, is just as compelling. Strictly speaking, it is a BBC production, but there has been some assistance from ABC, not to mention the great Victorian scenery and Aussie actors like Ewen Leslie, Asher Keddie and Alex Dimitriades. The whole series will be available to binge from Sunday on iview and that is exactly what I will be doing…as soon as MAFS and I’m A Celeb finish. It’s going to be a very late night.