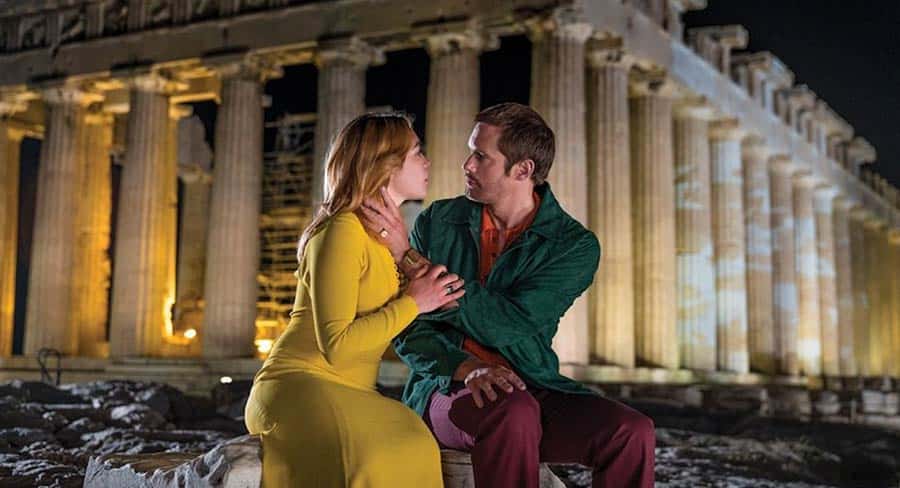 Networks have finally realised that they just can’t show rubbish for two months and expect people to come back.

Summer TV used to be a dumping ground for repeats and short-lived flops but, for the past few years, that has been changing and now something unprecedented is happening.

All November, the month during which free-to-air used to start finishing up, now there are new shows arriving every week. It’s about time too, with declining viewership and rising streaming numbers no doubt the reason this is finally happening.

Networks have finally realised that they just can’t show rubbish for two months and expect people to come back with all the new competition out there. Netflix might have had a patchy year but it goes into summer with buzzworthy dramas like The Haunting Of Hill House, Chilling Adventures of Sabrina, Bodyguard and House of Cards. And Amazon Prime has Julia Roberts’s first TV series Homecoming, which, in good news for the TV time-poor, has 10 episodes at just 30 minutes long. Less is more these days when it comes to drama and nobody gets that better than the British.

From the same team that brought you The Night Manager comes another extraordinary John Le Carre thriller, The Little Drummer Girl, which goes for just six jaw-dropping episodes from Wednesday on BBC First. Compare that to 10 hour-long episodes of Castle Rock, a Stephen King mash-up, which starts Monday on Fox Showcase with Sissy Spacek and nods to The Shawshank Redemption, The Green Mile and The Shining. More may not be more with this one.

Meanwhile, FTA is celebrating the end of another school year with kids everywhere. Guy Sebastian is inspiring them in Don’t Stop The Music (Sunday on ABC), Child Genius is hosted by Dr Susan Garland (Monday on SBS) and The Secret Life Of 4 Year Olds is coming soon to 10. Somehow missing this trend, Seven brings back a show about brain-dead parents as Yummy Mummies returns for an inexplicable second series. Now airing at the not so yummy time of 10pm on Mondays, it’s as welcome as a kid with a tummy bug.

And possibly destined for the third series of Yummy Mummies is Ali because she is going to find true love, again, next Thursday in The Bachelorette finale. And if that doesn’t work out, she could always try to join Tim Robards again on Neighbours where he now plays a suave investor.

Neighbours has had killer guest stars all year like Kerry Armstrong, Madeleine West, Magda Szubanski, Denise Drysdale and Natalie Bassingthwaighte. And while Home And Away seemed to skip its 30th anniversary this year, at least it will have a big summer cliffhanger.

Neighbours won’t because it now airs 52 weeks a year. That means Ramsay Street can turn on a fair dinkum Christmas this Christmas, more fair dinkum than Scott Morrison. And while viewers might welcome a break from politics this summer, nobody will complain about networks staying in the game all the time.