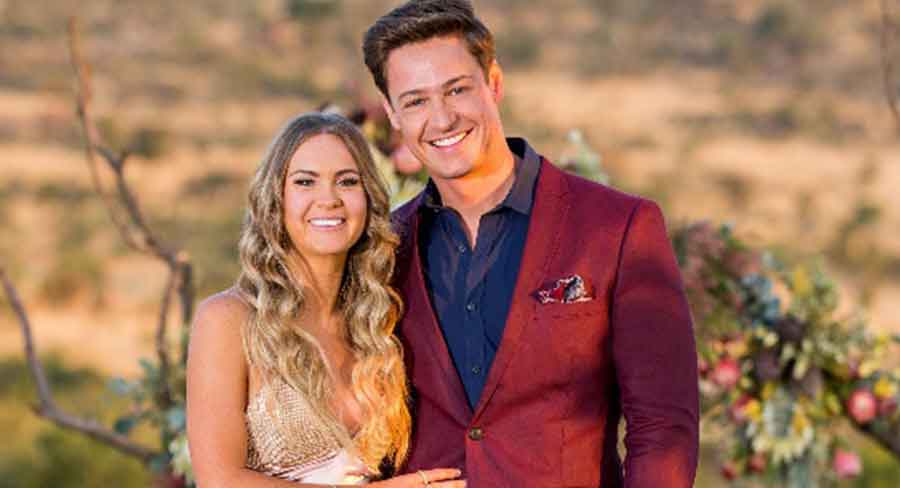 Network Ten has slumped to a $226m loss and been forced to write off tens of millions from the value of its sports broadcasts deals and program rights, reports The Australian’s John Stensholt.

The network, usually the third-highest rating among the free-to-air-broadcasters, has also taken a major hit to its revenue because of COVID-19, copping months where income was as much as 38 per cent less than the same time in 2019 since the economic repercussions of the global pandemic hit Australia in March.

Details of Ten’s financial performance were revealed in the company’s 2019 financial report, lodged with the corporate regulator late on Friday and obtained by The Australian.

Excluding significant items, Ten recorded earnings before interest, tax, depreciation and amortisation of $24.2m for 2019, and an underlying after-tax loss of $45.3m.

Seven West Media is believed to be almost out of the woods for now with its financiers, with suggestions that the free-to-air broadcaster is close to announcing a deal to waive its debt covenants, reports The Australian’s Bridget Carter.

It comes as the group has moved swiftly to sell down assets and cut costs, which is understood to have pleased the lenders.

The media group is not thought to be taking on any additional debt.

It is understood that US-based private equity firm Oaktree Capital Management made an approach to buy the business, but was rebuffed by Seven West.

Oaktree was one of the private equity firms that recapitalised Seven’s rival Nine Entertainment when it was on the brink of collapse and also made efforts to buy the Ten Network when it went into administration.

It is understood James Warburton’s team is set to tap Grant Samuel to find a buyer for Seven West Ventures, which includes the network’s stakes in Airtasker, Health Engine and SocietyOne.

The portfolio is on Seven West Media’s books for about $95 million, and it’ll be Grant Samuel’s job to try to find another venture capital-minded buyer to take the investments.

Free TV Australia, which advocates for commercial free-to-air television networks including Channel 7, Nine and Network 10, said the effects of shrinking advertising revenue and the introduction of streaming services had been exacerbated by COVID-19 and left some parts of the industry “fighting for survival”.

Regulations require commercial broadcasters, but not subscription video-on-demand services, to air a minimum of 55 per cent Australian content on their primary channel and an additional 1460 hours on secondary channels each year between 6am and midnight, as outlined by the Broadcasting Services Act.

Major streaming players Netflix, Stan, Amazon Prime Video and Disney+ have united to reach consensus on local content requirements, arguing if the government is set on regulation a light-touch approach would ensure the young industry is not stymied, reports The AFR’s Max Mason.

Sources said the three global streaming giants and Stan, which is owned locally owned by Nine have collaborated on a submission to the Supporting Australian Stories on our screens options paper released by Screen Australia and the Australian Communications and Media Authority.

It is understood the streaming players argue there is no market failure to address in terms of investment in Australian content and heavy regulation on an industry in its early stages could have unintended consequences in a rapidly changing environment.

The AFR’s Max Mason speaks with Nick Harrington, a 30-year old sustainable investment manager and winner of the 2017 BOSS Emerging Leaders MBA Scholarship, and one of the investors in AAP.

Harrington says, like most, he read about the closure of AAP on March 3 when the company said it was no longer viable to continue. Its largest shareholders Nine and News Corp decided they could no longer subsidise the newswire by more than $10 million a year as they continued to cut their own costs amid structural changes in the media sector. ACM and Seven both contributed more than $1 million per year. Clients of the service pay much less to access AAP content.

“I genuinely assumed someone would pick it up. There’s so much value and heritage in the business. As it progressed, it wasn’t until mid-to-late April, it looked like no one would buy it, and it looked like it would close, so I reached out to a few impact investors,” Harrington says.

“Speaking to the non-shareholder customers – ABC, SBS, Guardian, ACM, Schwartz Media – to hear from them and the concerns for life without AAP was pretty powerful.”

The AAP newswire funding group has grown to 35 people or organisations from five states and from a range of occupations, including people who have worked in media, finance and even aviation.

GSA Insurance Brokers, chaired by Dr Hewson, was identified as the “insurance company” recommended to Storage King North Parramatta customers Nicole and Adrian Dolahenty in the segment aired in May this year.

The Dolahentys put in a claim to GSA after they lost the contents of their storage unit when hundreds of millimetres of rain fell across Sydney in early February and the unit was inundated.

Seven takes on 60 Minutes with launch of investigation series

Seven is restoring long-form current affairs to its schedule six months after the disappearance of Sunday Night and Today Tonight, reports The Australian’s Nick Tabakoff.

The new show, to be called Seven News Spotlight Investigates, will start later this month.

It is understood that the show will start airing in late July with the much-anticipated interview of Danny and Leila Abdallah, who tragically lost three children when they were hit by a car in Oatlands in Sydney’s northwest.

The Abdallah interview with Michael Usher won’t be going head-to-head with 60 Minutes, with that first instalment to screen on a weeknight.

And indeed, Seven News Spotlight Investigates won’t have a regular schedule at all, running on any night between Sunday and Wednesday on any given week.

The Bachelor to premier in August after filming resumes

Network Ten’s latest instalment of The Bachelor has resumed filming with extensive protocols in place to protect the cast and crew during the pandemic crisis ahead of its premier next month, reports The Australian’s Lilly Vitorovich.

Ten’s head of entertainment Stephen Tate says the eighth season is in full swing, with this year’s bachelor and former Survivor contestant Locky Gilbert back after filming was suspended in March over fears about the spread of the virus.

A cocktail party and rose ceremony was filmed at the show’s mansion last Friday with strict social distancing and other health protocols in place. They include temperature testing twice a day, daily QR code sign-in and out requirements and restricted access to some areas.

Prior to the resumption of filming, cast and crew were put in isolation and tested twice. The Bachelor’s wider team, which includes catering and other staff, “runs in the hundreds”, he said.

Given the extraordinary situation, The Bachelor will also feature virtual dates that took place after the suspension of filming at the mansion.

Australia has been saved from a cricketing blackout, with Fox Sports striking an emergency deal to broadcast the game’s long-awaited return from the wilderness, reports News Corp’s Ben Horne.

England’s COVID-19 bubble Test series against the West Indies starts next week and the hastily arranged return to action had left TV chiefs in a race against time to seal a deal to show the action.

However, Fox Sports has come to a temporary agreement with the England Cricket Board, meaning there will be prime time Test cricket on Australian screens from Wednesday night.

There is ever-growing optimism that Australia will be able to tour the UK for a one-day tour in September, and negotiations are ongoing between Fox and the ECB to get a long-term TV deal in place to ensure Aaron Finch’s team are shown down under.