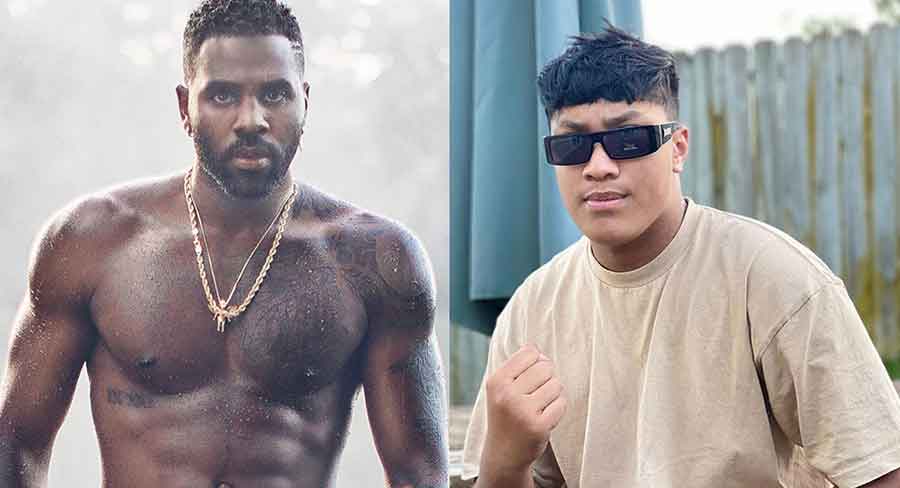 The cosy chart dominance we talked about last week has been broken with a new #1. Jawsh 685 and Jason Derulo see Savage Love climb to the top after three weeks on the chart, up from #3 last week. This the fourth time at #1 for Derulo and the first for 17-year-old Josh Nanai from Auckland, also known as producer Jawsh 685. ARIA notes that Nanai is the first New Zealand lead artist to have a #1 on the ARIA Singles Chart in 24 years, and only the third since the ARIA charts began. It follows Dave Dobbyn with Herbs’ Slice of Heaven (#1 May 1987) and OMC’s How Bizarre (#1 April 1996).

US rapper and songwriter Jack Harlow has slipped into the top 10 at #9 after 13 weeks on the chart, up from #38 last week.

#12: Blackpink with How You Like That. The K-pop act land in the top 50 for the second time in 2020 after their Lady Gaga collaboration peaked at #8 last month.
#23: Guy Sebastian with Standing with You. It’s been a massive couple of weeks with the recording artist and coach on The Voice. The release of a new first single coincides with charges being laid against his former manager. His 24th entry on the singles chart is another track from his next studio album and the first to chart since Choir exactly 12 months ago.

New albums to the chart this week include two making the top 50:

#4: Khruangbin with Mordechai. Chart debut for the third album US rock trio from Texas.
#7: Haim with Women in Music Part III. The three American sisters make the ARIA top 10 for the third time with their third album.
#18: Gordi with Our Two Skins. The second album from folktronica singer/songwriter Sophie Payten performing as Gordi had a stunning gestation judging by the backstory associated with the song writing. Her previous album Between Reservoir peaked at #20 in 2017.
#30: Grey Daze with Amends. A compilation album from Grey Daze, a band that featured the late Chester Bennington before he left to join Linkin Park. The album includes new music from the members of Grey Daze with vocals from the vault.
#33: Pop Smoke with Meet the Woo 2. The second mixtape from the US rapper was released just days before his death in February this year. The first and final album from him, Shoot for the Stars Aim for the Moon, was released in the past couple of days.
#40: Bananagun with The True Story of Bananagun. First album from the Melbourne psychedelic band comes after the release of two singles in the past 12 months. The band held a live stream album launch just over a week ago.