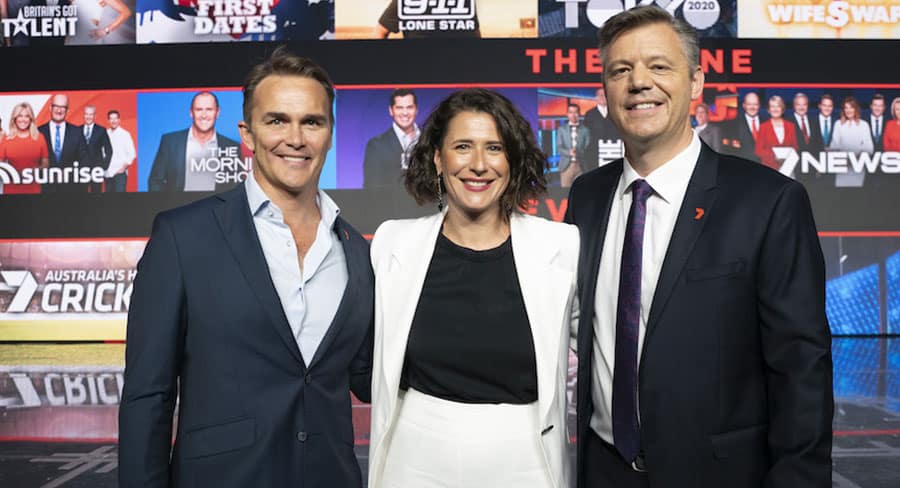 The company wrote to staff on Wednesday asking them to provide a declaration confirming their employment status by Friday.

To be eligible for JobKeeper, businesses with aggregate turnover of more than $1 billion must demonstrate a fall of 50 per cent or more. Businesses turning over less must show a 30 per cent drop in revenue.

In the last set of financial statements reported to the market before the onset of the pandemic, Seven West Media posted half-yearly revenue of $772 million.

“If you earn more than $1500 before tax per fortnight you will continue to receive your current salary with the scheme helping to subsidise this payment,” the company wrote in the email to staff.

“If we succeed in our application, the scheme will make a significant contribution to the company’s wages and salaries expense in this challenging environment.”

A spokesman for Seven West Media confirmed the company was applying for JobKeeper, but declined to comment further.

The New Zealand Government has unveiled a $50 million package to help the media industry which has seen advertising revenues plummet due to the coronavirus pandemic, reports The New Zealand Herald.

The package includes $21.1m to completely cut the cost of transmission fees for the next six months as well as $16.5m to cut the contribution to NZ on Air screen content by 80 per cent and a $1.3m allocation for government departments to purchase news subscriptions.

Broadcasting minister Kris Faafoi said the package was about freeing up cash in the short term to help the industry get through the immediate crisis.

At a press conference, Faafoi said without Government intervention, there was a risk of losing the plurality of voices in the media that were so important at times like these.

He said the package was for immediate relief, and that was why it appeared weighted towards broadcast media rather than the print and digital media industry.

He said any perception that the Government was happy to support TVNZ and RNZ but not other media companies was “wrong”.

There was an urgency to help all media platforms, he said, and part of a $11.1m targeted assistance package could go towards print and digital media.

He would not comment on a potential NZME-Stuff merger.

Asked if the Government seemed prepared to let media companies fail, Faafoi said he would not be drawn into hypotheticals, but the short-term aim was about cash injections to ensure the plurality of voices in order to buy time to prepare for a second tranche.

Watchdog given green light to pursue Facebook over data breach

The Information Commissioner has been given the green light to pursue Facebook in the Federal Court, claiming a breach of over 300,000 Australians’ personal data as part of the Cambridge Analytica scandal, reports The Australian’s Leo Shanahan.

Last month the Australian Information and Privacy Commissioner accused Facebook of exposing for sale and “political profiling” the personal data of up to 311,127 Australians after a Facebook app was used by the Cambridge Analytica consultancy to steal personal data from potential voters for campaigning purposes.

Under privacy laws, Facebook faces fines of over $1 billion for the potential breaches. Last year the US regulator the FTA last year fined Facebook a record $US5bn after it found the company was responsible for helping expose the personal data of up to 87 million Americans through Cambridge Analytica.

On Wednesday, the Federal Court of Australia granted leave to the Information Commissioner to serve legal documents on US-based Facebook Inc and Facebook Ireland.

Facebook is releasing a children’s version of its Messenger chat and video application in Australia, citing kids aged 6 to 12 as the likely take-up, reports The Australian’s Chris Griffith.

Facebook stipulates 13 as the age for using its platform, so children don’t officially use Facebook or adult Messenger now, although it’s suspected that over the years, millions of children have falsified their age and signed up to Facebook. 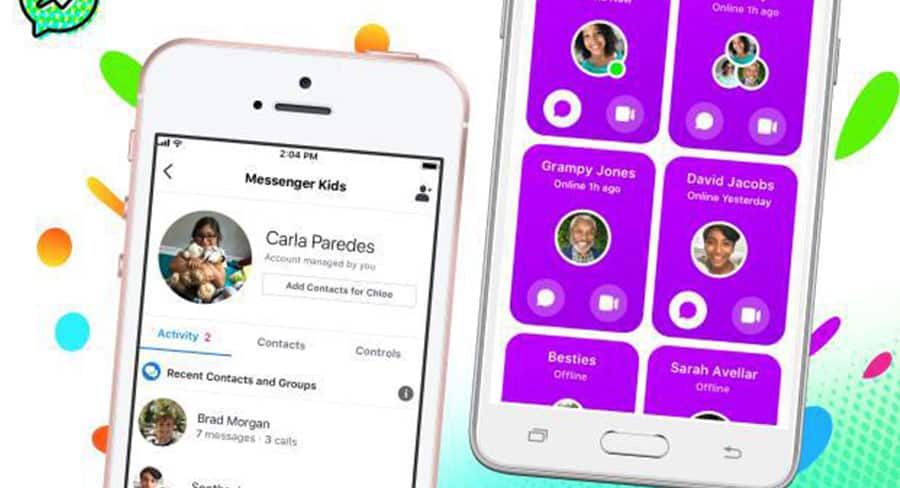 The children’s version of Messenger was rolled out in the US in 2017, and Facebook subsequently launched it in Canada, Mexico, Peru and Thailand in 2018. Australia is among 70 countries that will get Messenger Kids.

Facebook says it does not collect details of personal conversations of children on the platform for advertising or targeted advertising, nor would it collate children’s conversations for profiling or make them available to third parties.

The mystery surrounding MasterChef contestant Ben Ungermann’s arrest continues to build public momentum as the deafening silence intended to help the situation blow over has had the opposite effect, reports News Corp’s Sally Coates and Jonathon Moran.

Production company Endemol Shine has confirmed the Ipswich man was involved in a police matter of a “personal nature” but refused to comment further than a brief statement. Broadcaster Channel 10 also would not be drawn on the mystery.

Ungermann is still featuring on air but is set to depart in coming weeks.

“We can confirm Ben Ungermann has left the MasterChef Australia competition,” said a representative for production company Endemol Shine, which is also responsible for Married At First Sight, Lego Masters and Big Brother.

“As this is a police matter, we will not be making further comment.”

The Nine Network and Foxtel are more than a month apart on the proposed length of the 2020 season, but the NRL is expected to meet them somewhere in the middle on Friday morning as the parties involved attempt to finalise the schedule for the remainder of this year, reports The Australian’s Brent Read.

Foxtel powerbrokers are pushing for a 22-round season, which would push the grand final back into early November. The Nine Network is believed to be in favour of a 17-round regular season that would mean the grand final being played on the day it was scheduled before rugby league went into hibernation – October 4.

Nine believes NRL return on May 28th to be premature

Nine has attempted to sabotage the NRL’s bold plans to reboot the 2020 season on May 28, declaring the game’s actions as “premature”, reports News Corp’s Michael Carayannis.

It comes as The Daily Telegraph has learnt that Fox Sports have put a strong proposal forward to have 20 more matches – taking the regular season to 22 played this year.

That would leave the game just three rounds short of the original 25-game season, ensuring the integrity and financial stability of the competition.

“Although we agree constructive discussions have been held between the NRL, Nine and Foxtel, we feel it’s premature to be confirming a start date at this stage,” a Nine spokesperson said. “There is a great will to work together to an outcome, but a lot of work still to do. A deal needs to be completed and the structure of the competition locked, which importantly must include how it will operate within the health-and-safety standards currently affecting the community.”

Brownlow medallist Ben Cousins made yet another court appearance on drugs and stalking charges on Thursday, three weeks after participating in a paid television interview called Coming Clean, reports The Australian’s Paige Taylor.

In police documents, Cousins was described as a 41-year-old man “of no fixed address”, a euphemism for homeless. Police reportedly found him sleeping next to a car.

The Australian has been told Seven paid money for the interview that aired on March 29, but it was to cover expenses, the money was administered by a lawyer and money did not go directly to Cousins.

That interview aired 10 years after Cousins co-produced a two-part documentary about his football career and the drug habit that began at 17. In it, he said he was an addict. It was called Such is Life and Seven paid an undisclosed sum to broadcast it.

The coronavirus pandemic forced most sports to shut down around the world but Australian horse racing has managed to continue, albeit in front of empty grandstands.

Sydney’s showpiece autumn carnival has virtually been the centre of the sporting universe in recent weeks and Sky Racing’s television ratings have soared for the eight Saturdays since the first Group 1 races were run at Royal Randwick on February 29.

• Sky Racing’s average audiences rose by 38 per cent over this eight-week period year on year reaching almost 300,000 viewers on each of the two days of The Championships — Sydney’s premier autumn racing days.

• This growth came on top of strong ratings for the previous year as a result of Winx having her final Sydney campaign.

• Sky Raceday on Channel 526, hosted by Andrew Martin, Tony Brassel and David Gately, has been the most popular program on the entire Foxtel platform for the past four Saturdays out-rating hit shows such as Midsomer Murders and Selling Houses Australia by approximately 30 per cent.

“We are pleased more viewers are watching Sky Racing’s unrivalled racing coverage in the ways that suit them best – whether that is digitally via TAB or Sky Racing Active, or through Foxtel,” Tabcorp’s Darren Pearce said.

On Thursday evening she telephoned interim chairman Paul McLean to hand in her resignation. It brought to an end her almost two-and-a-half year stint as RA’s chief executive.

Less than 24 hours earlier, Castle’s fellow directors excluded her from a board conference call on Wednesday night. She was unaware the meeting had taken place.

Castle’s withdrawal from Thursday’s balance sheet meeting was unexpected and unexplained to those present on the call, with chief financial officer Simon Rabbitt and new director Peter Wiggs left to steer the talks, which were the first opportunity for the Super Rugby chairs to size up RA’s full financial picture.