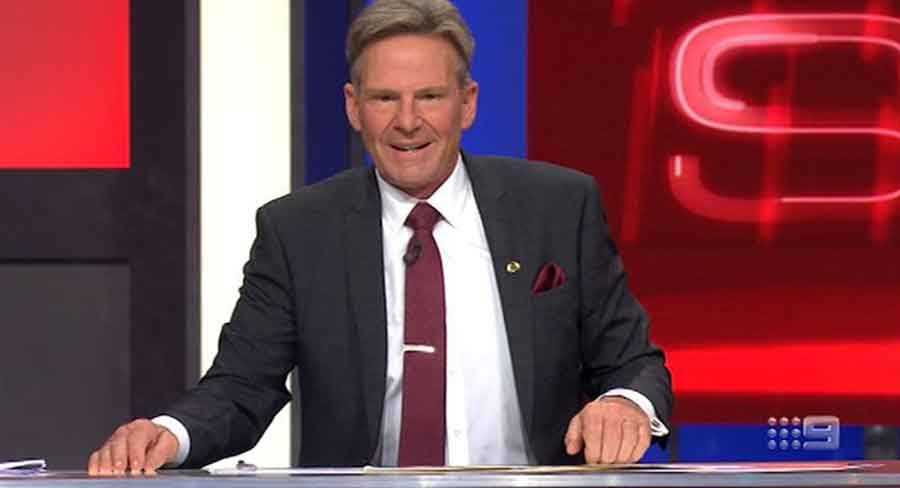 With weeks to go until Australia gets its first glimpse at a mandatory code that will force Google and Facebook to pay for news content, ACCC chairman Rod Sims has a lot to sort out, reports The AFR’s Adele Ferguson.

The Morrison government has made it clear it has taken the traditional media’s side and wants the unequal bargaining power of the digital giants tackled head on.

Spain and Germany failed and France’s first attempt failed. It is now pursuing Google for abuse of market power for not agreeing to pay publishers for its use of their content.

If Sims comes up with a code – and a payment for media content – that Google and Facebook accept, it could provide a template for the rest of the world, avoiding an internet tax and potential trade wars.

New York-based funds manager Mittleman Brothers has put its money where its mouth is, snapping up shares in Village Roadshow which is in the final week of its exclusive due diligence with private equity firm BGH Capital, reports The AFR’s Max Mason.

Mittleman Brothers chief investment officer Christopher Mittleman told The Australian Financial Review his belief was a fair offer for Village Roadshow was $5 per share, well above the non-binding offer of $2.40 BGH Capital has put forward.

“I don’t believe the subsequent impact of COVID-19 has permanently impaired the business.”

Advertising boss Simon Ryan has set up a digital-focused ad and marketing communications company called RyanCap, as the embattled industry grapples with the fallout from the coronavirus crisis, reports The Australian;s Lilly Vitorovich.

“The opportunity for clients is to partner with a new, locally owned entrant to the communications marketplace, a communications business that is built for the new economy, digitally focused and client-based,” Ryan told The Australian.

Ryan has been working on the new business since January, along with a private investor who didn’t want to be identified. He dismissed speculation that he was working with well-known media buyer and former boss Harold Mitchell, adding they were just friends.

The federal communications department is preparing to pay consultants as much as $220,000 for the third independent report on the media industry in less than a year, reports The AFR’s Max Mason.

Advisory firm KordaMentha was recently paid $99,700 for analysis on the regional broadcasting sector for a report handed in to the federal government in January.

That report was just three months after the communications department received a report from retired PwC partner and media and telecommunications industry lead Megan Brownlow on regional broadcasting, for which she was paid $11,220, which recommended the further relaxation of ownership restrictions which would allow for consolidation.

While the new report is not to be specifically focused on regional media, it will no doubt increase the frustration of many, particularly regional, media companies who have been urging legislative reform for years. The COVID-19 pandemic has pushed advertising revenue off a cliff, further exacerbating the sector’s tough run.

Marina Go and eight of her former Dolly colleagues have created a magazine-style website for the same generation of readers, who are now in their mid-40s and beyond, reports The Sydney Morning Herald’s Melissa Singer.

Called Tonic, the site features articles on relationships, finance, style and health that Go says are deliberately targeted to the “perimenopausal and menopausal” audience that are thrashed out during weekly Zoom catch-ups.

Dolly shut its print edition in 2016 after helping launch the careers of media identities including Lisa Wilkinson, and models Alison Brahe and Miranda Kerr, who won the Dolly model search at age 13.

Since departing Dolly, the group had regular catch-ups but the idea for Tonic was hatched a few months ago when six members of the eventual team were having coffee at the home of journalist Ute Junker, Go says. They pulled in a few others who were not at the meeting and got to work, launching a little over a week ago.

While Tonic is much more than Dolly with hot flushes, Go says it made sense to bring back an age-appropriate version of Dolly Doctor, which when it launched in 1970 was actually edited by a man (subsequently, Melissa Kang was the Dolly Doctor from 1993 to 2016). The site is also planning a feature with Brahe, now Alison Daddo, who just turned 50 and describes herself on Instagram as a “menopausal mother of three” (she is married to actor Cameron Daddo).

Simon Owens reveals new 3AW deal: “I would have sacked me!”

Simon Owens, the co-host of 3AW’s Sunday night Remember When program with Philip Brady has revealed he is no longer with the network. Not fulltime anyway. After nearly 25 years he will now just contribute to that late night timeslot once a week, with episode 803 going to air last night at 10pm. Owens was previously the driving force on and off air on the long-running 8pm to midnight 3AW ratings juggernaut Nightline. The program ended in September last year. “I was a fulltime employee of 3AW until today,” Owens said on Friday. “They cottoned on to it that I don’t actually do anything for the rest of the week. There are certainly no hard feelings, I would have sacked me nine months ago.

“During the week I am now free to explore other opportunities,” added Owens in a pitch to potential employees in a video he posted to social media. Owens noted after so long with one company he is unsure of how to apply for another job. He said his attributes include hard work and a sense of humour. 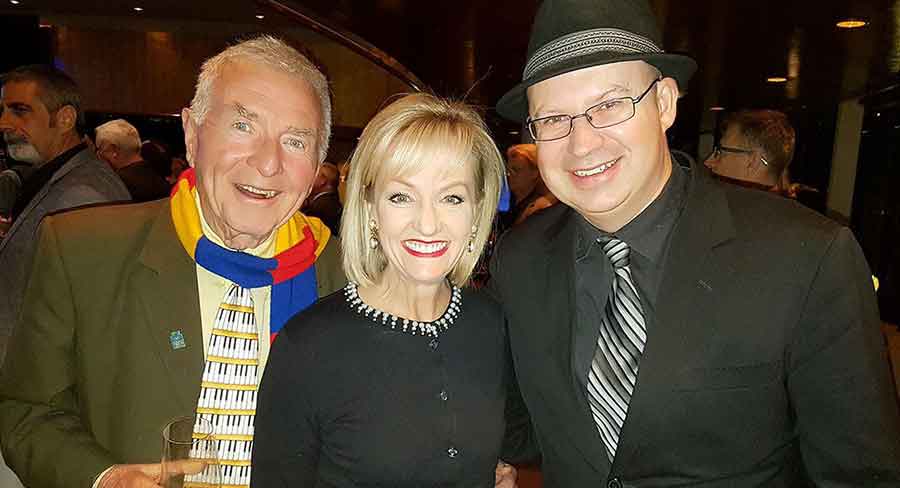 Helping him pitch for another job were some of his colleagues from 3AW who also appeared in the video. They included producers Kate Stevenson and Mikkayla Mossop from 3AW breakfast, Luca Gonaro from drive and Kirsten Lim-How from afternoons. There was even an appearance from the breakfast show’s Mark “Scorcher” Davidson. Breakfast co-host Ross Stevenson called Owens “a smashing bloke”.

If you have a job for the talented allrounder reach out to him on Facebook, simonomelb.

She has resigned her role as an ABC executive producer working across scripted drama, comedy and digital content at the ABC, most recently on The Heights, which she co-created, plus Harrow, Deadlock, Frayed, Content and Diary Of An Uber Driver.

She previously worked in development at Matchbox Pictures and as an independent produced working across radio/podcasting as well live and digital platforms including co-writing and producing the geo-locative historical drama Ghosts of Biloela, for which she won an AWGIE.

Instructed to fill-in for regular breakfast show anchor Sam Armytage after she took extended leave in March to deal with a health issue, Natalie Barr has been rewarded with a promotion that will see her host Sunrise two days a week, reports News Corp’s Briana Domjen and Annette Sharp.

Armytage will no longer host Sunrise on Mondays, a situation that has presented a golden opportunity to the program’s long-time newsreader Barr.

Barr also fills in for co-presenter David Koch on Fridays after he negotiated a four-day working week beginning in 2018.

The arrangement means Barr has now been elevated to a regular two-day-a-week presenting role on Sunrise, an arrangement Channel 7 on Saturday said was instigated by Armytage.

“Sam’s doing a great job. We’re happy. The ensemble is doing fantastically. There is no suggestion we want her anywhere but here,” said Seven’s news director Craig McPherson.

He added that Armytage has been asking for a reduced working week, like Koch, for some time and indicated the request from her came a year ago.

Axed: Seven’s The Daily Edition will end this week after seven years

The Daily Edition has been cancelled by the Seven Network after seven years with presenters Sally Obermeder and Ryan Phelan leaving the network reports TV Tonight.

Seven pointed to ongoing economic pressures as the reason behind the decision. In recent months all advertorial-based shows have been particularly hard hit by the global pandemic, although some have started to see a return to advertising.

Network director of news and public affairs Craig McPherson said: “The Daily Edition found its way onto the TV landscape seven years ago and performed exceptionally over that time. Sadly, the economics of today has led to this decision. I want to thank co-hosts Sally Obermeder and Ryan Phelan and the talented production team for all their efforts.”

The decision announced today was made “mutually and amicably”, according to a Nine spokesperson.

“Sam Newman has been a part of the football landscape in Melbourne for generations,” the spokesperson said.

“He enjoyed an illustrious playing career, notching up 300 games for the Geelong Football Club.

“We thank Sam for his service with Nine over several decades. His contribution to The Footy Show was paramount to the enormous ratings success the show enjoyed over many years.”

The spokesperson described Sam as a “master at live television” by attracting a legion of loyal fans to The Footy Show through his “comedic and insightful” input.

It was a brief phone conversation on the side of an inner Melbourne road that brought to an end Sam Newman’s three-decade career with Channel 9, reports News Corp’s Fiona Byrne.

Newman and Nine mutually agreed to part ways late Friday after a storm of outrage over his podcast comments about George Floyd – the man killed by a white police officer in Minneapolis.

The end of Newman’s career with Nine came just after 3pm on Friday when he was called by the network’s director of sport, Brent Williams, while he was driving.

“The station rang me and said: ‘We are getting a bit of blow back from some of your comments’ and I said: ‘Well, I don’t want to put the station in an invidious position, anymore than I have in the past’,” Newman said.

“I said: ‘I am very happy, if it will solve anything for you, very happy to withdraw forthwith from appearing on the network.’

“They said: ‘Well, that would be absolutely acceptable and would be a good way to resolve the matter.’

“Whether I beat them to it or they were going to say that anyhow is irrelevant.

“I had a very amicable and pleasant conversation with them and they have been a terrific employer over my journey, so it was a pretty quick and simple conversation about how we could move on.”

Newman, whose contract with the network was to expire at the end of 2020 and who had made just one appearance on The Sunday Footy Show this year, said his parting of ways with Nine had been brewing for some time.