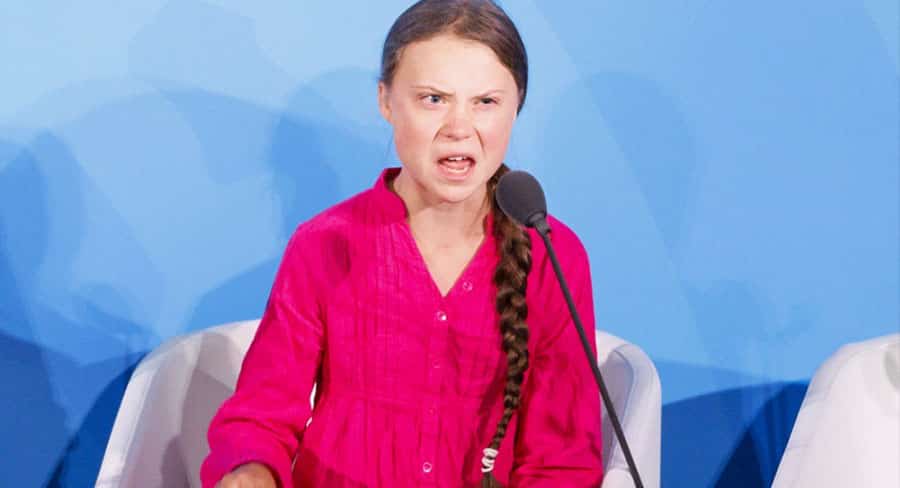 Seven West Media boss James Warburton is set to outline the restructure of his business as early as this week as the new chief executive makes his mark on the free-to-air broadcaster and publisher, reports The Australian’s Zoe Samios.

Expected in the shake-up to be outlined by Warburton is a flatter management structure as well as a push for greater savings across the media company.

The move comes two weeks after The Australian revealed Warburton was looking to streamline Seven’s 17 divisions. The Australian reports there will be redundancies and while an exact figure is not known, all divisions are expected to be affected.

Advertising veteran John Singleton has signed over his stake in Macquarie Media with his friend and venture capitalist Mark Carnegie expected to follow suit, delivering Nine Entertainment the shareholding it needs to seal the takeover of the radio broadcaster, reports The AFR’s Max Mason.

Nine lifted its stake to 87.05 per cent on Tuesday morning, up from 54.4 per cent, after Singleton accepted Nine’s $1.46-per-share offer. Sources have indicated Carnegie is likely to back the offer following an independent expert’s report by PwC that declared Nine’s offer fair and reasonable.

That will take Nine’s stake in Macquarie to more than 90 per cent at which point the media company, the owner of The Australian Financial Review, can compulsorily sweep up the remaining shares.

Both Rupert Murdoch and Lachlan Murdoch will take home quite a bit less in compensation than they did last year, reflecting the completion of the spinoff to Disney and the skinnier Fox Corp portfolio of companies, reports The Hollywood Reporter.

According to a Monday proxy filing with the SEC, Fox Corp chairman Rupert Murdoch will see total compensation of US$42.1 million in fiscal 2019, down from $49.2 million in 2018.

Fox Corp CEO Lachlan Murdoch, meanwhile, will also take home $42.1 million in total compensation, down from $50.7 million last year. The compensation covers the part of the year in which they were paid by 21st Century Fox, as well as the time since the spinoff in March, both pro-rated.

However, due to the extraordinarily unusual year, which saw Disney close its acquisition of much of 21st Century Fox, the filing added a chart showing the compensation Fox “would expect to pay its named executive officers on a go-forward basis” – in other words, the compensation shareholders should expect the executive officers to earn assuming there are no other extraordinary transactions.

Local journalism is undergoing a resurgence and is “lucrative” because of the scarcity of content available and the value it adds to communities, according to News Corp chief operating officer of publishing Damian Eales, reports The Australian’s Zoe Samios.

Eales, who was speaking on Tuesday at the NewsMediaWorks INFORM Summit in Sydney, described established media companies as the “white knights” for regional journalism and argued that the relatively small advertising spend in regional areas fell short of the number of people who lived outside major cities.

“One thing data is telling newsrooms around the world is that local is the hero,” he said.

Eales said regional mastheads were the fastest-growing digital products for News Corp, and that local journalism could underpin “new growth” and a “firm financial future” through subscriptions.

Conservative pundit Michael Knowles brought up Thunberg, the 16-year-old activist who addressed the United Nations General Assembly Monday, during a conversation on The Story with Martha MacCallum about a Bloomberg editorial piece on giving up meat.

“None of that matters because the climate hysteria movement is not about science. If it were about science it would be led by scientists rather than by politicians and a mentally ill Swedish child who is being exploited by her parents and by the international left,” Knowles said.

The segment’s other guest, progressive pundit Christopher Hahn, interrupted Knowles’ remarks and told him, “Shame on you.” Fox News anchor Harris Faulkner, who was subbing for MacCallum, let Hahn respond further, “You’re a grown man and you’re attacking a child. Shame on you.”

Thunberg has spoken openly about living with Asperger’s, referring to the diagnosis as a “superpower” in an Instagram post in August.

Fox News, however, apologised to Thunberg in a statement issued Monday evening.

“The comment made by Michael Knowles who was a guest on The Story tonight was disgraceful – we apologise to Greta Thunberg and to our viewers,” a Fox News spokesperson told CNN Business.

Social media companies have backed a new plan to stop violent terrorism spreading online, putting their names to the scheme with support from 48 countries at the United Nations, reports The Sydney Morning Herald’s David Crowe.

Google and Facebook are among the companies that will overhaul a counter-terrorism centre to prevent a repeat of the Christchurch terrorist attack in March, which killed 51 people and wounded 49.

New Zealand Prime Minister Jacinda Ardern and French President Emmanuel Macron announced the agreement at the United Nations as they and other leaders prepared for the UN general assembly this week.

Prime Minister Scott Morrison joined the two leaders and others at a meeting in New York on Monday on strategic responses to violent extremism.

Ardern announced that 48 companies now backed the Christchurch Call to stop violent extremism online, up from 31 companies a few months ago.

Angry listeners called for the KIIS FM breakfast host to be sacked after a provocative video was shared on his KIIS FM Instagram site where the 48-year-old shock jock joked that the Virgin Mary wasn’t actually a “virgin” at all. In the video he described Mary as a “liar” who got knocked up “behind a camel shed”.

Confidential understands Sandilands has been in contact with NSW Police after receiving a number of death threats via social media, email and mobile phone.

“Absolutely Kyle has been getting death threats,” a source close to the radio host told Confidential.

“That is nothing new however. To be honest, if Kyle got a dollar for every death threat he received, he would be able to buy Tasmania. It has been something that has been going on forever. To be fair, this past week has been very busy though.”

Sandilands and co-host Jackie O Henderson are on a pre planned radio survey break holiday this week but will be back on air from Monday when they are expected to further address the scandal.

ABC Commercial has announced it has reached a new distribution agreement with North America’s largest streaming service Acorn TV for a raft of ABC television content for their Australian and New Zealand offering. “ABC Commercial has been a partner of Acorn TV from their launch in 2018,” said Jessica Ellis, Head of Content Sales and Distribution, ABC Commercial. “ABC content resonates with Acorn’s core audience, so we are extremely happy to build on our partnership and see more of the ABC’s world-class list of content already successfully streaming on the Acorn TV platform.”

“After our success in introducing several major Australian series to our audiences in North America, Acorn TV is thrilled to work with ABC Commercial to add more first-rate Australian and British content to our subscribers in Australia and New Zealand,” said Don Klees, Senior Vice President of Acorn Programming for RLJ Entertainment.

Adding to the list is a diverse slate of essential British viewing including Being Human, Black Books, Criminal Justice, Doc Martin, Father Ted, Detectorists, Land Girls, The Level and Peep Show. All ABC content in this agreement will be available to stream in September and October.

The real estate expert Andrew Winter, who returns to our screens this week as host of the uber popular Foxtel show Love It or List It Australia, admits he fell into showbiz “purely by accident”, reports news.com.au’s Lexie Cartwright.

Some accident it turned out to be.

Winter, who also hosts Selling Houses Australia, has an impressive army of fans who adore his quirky nature and blunt hilarity; his two shows garnering a cult following over the years.

In fact, Winter is so popular he became the first ever Foxtel talent to be nominated for the coveted Gold Logie at the 2018 awards.

But despite the fuss over Aussie TV’s top honour, with comedian Tom Gleeson famously launching a national campaign to take out the award this year, Winter says he’s not keen on ever receiving the honour.

Sir David Attenborough has slammed Prime Minister Scott Morrison‘s support for new coal mines and lack of action on climate change, in his most damning assessment yet of Australia’s environmental record.

In an interview with Triple J’s Hack, the world’s most renowned natural historian said previous governments had been “saying all the right things” but this had suddenly changed, reports the ABC.

“You are the keepers of an extraordinary section of the surface of this planet, including the Barrier Reef, and what you say, what you do, really, really matters.”

At 93, Sir David is working on a new BBC documentary for 2020. Extinction: The Facts looks at what mass animal and plant extinctions mean for humanity.

He says he feels blessed to be able to keep working, and to have lasted long enough to see a rising environmental consciousness.

On Monday, she secured a mantelpiece full of Emmys; on Tuesday, Phoebe Waller-Bridge got a brand new TV deal, reports The Guardian.

The Fleabag creator will create and produce TV content exclusively for Amazon Prime Video, after signing a deal with Amazon Studios. The streaming service already screens Fleabag in more than 200 countries and territories including the US.

“I’m insanely excited to be continuing my relationship with Amazon. Working with the team on Fleabag was the creative partnership dreams are made of. It really feels like home. I can’t wait to get going,” Waller-Bridge said as the announcement was made on Tuesday.

While she emphasised the creative benefits, the news echoed growing warnings from senior UK television industry figures that homegrown British on-screen talent is increasingly being bought up by international rivals which “increasingly want to decide what we read, watch and listen to”.

Fleabag and those associated with it won six awards at the Emmys, including honours for writing, directing and acting, as well as casting and editing. The program was also named the overall outstanding comedy series.

SBS broadcaster Lucy Zelic has become the latest eastern states identity to spark a holy war in the City of Churches aftr labelling Adelaide a “shit hole” and “incredibly dull” in a football podcast, reports The Australian’s David Penberthy.

South Australians from the Premier down lined up to denounce Zelic after she launched what Adelaideans described as an “unprovoked” and “outrageous” attack on their famously touchy home town.

Zelic made the comments during a podcast of the SBS football program The World Game on Monday while interviewing Central Coast Mariners recruit Ziggy Gordon.

“You won’t see much in Adelaide,” Zelic told the Scotsman when asking if he planned to visit much of Australia.

“Adelaide’s a shithole. No disrespect, no disrespect. I can say that because I’ve travelled there multiple times and I didn’t enjoy it.

“I found it to be incredibly dull and boring.”