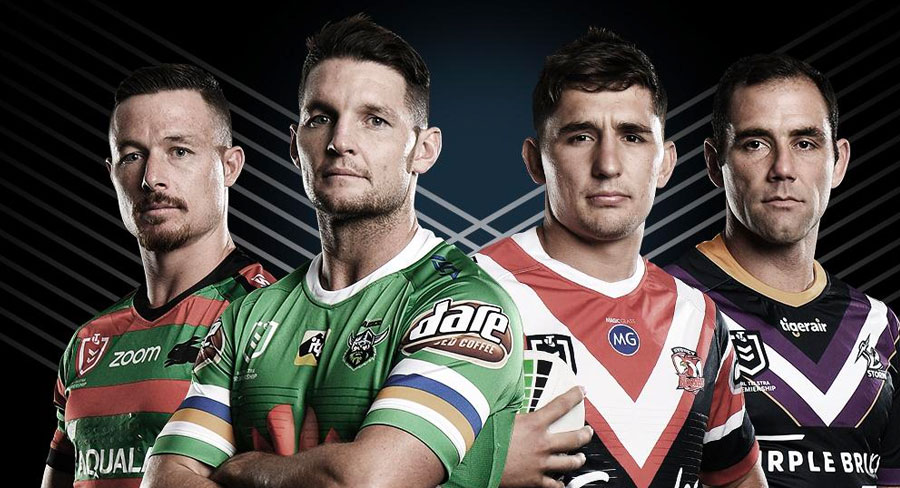 80 minutes separates four teams from featuring in the 2019 NRL Grand Final on Sunday, October 6 as they face off in two preliminary finals both live on Channel Nine and 9Now.

Canberra Raiders (4) vs South Sydney Rabbitohs (3) at Friday, GIO Stadium, 7.50pm
Canberra upset the Minor Premiers in the Melbourne Storm in week one of the finals and earned themselves a week off in the process, they now play a South Sydney team who has shown up and down form in the backend of the year but boast NRL supercoach Wayne Bennet who is famed for coaching in high pressure situations.

Sydney Roosters (2) vs Melbourne Storm (1) at Saturday, Sydney Cricket Ground, 7.50pm
The sides face off in a rematch of last years grand final and in a game that many people expected to happen one week later at the NRL Grand final until Melbourne lost in week one. Cooper Cronk will aim to extend his career by one more game as he faces his former club as he aims to steer to Roosters to the first back to back title campaign this century.

NRLW – Round Two WARRIORS vs DRAGONS
• 483,000 people tuned into Nine’s Sunday Footy for NRLW Round One on Nine and 9Gem. (National cume reach)