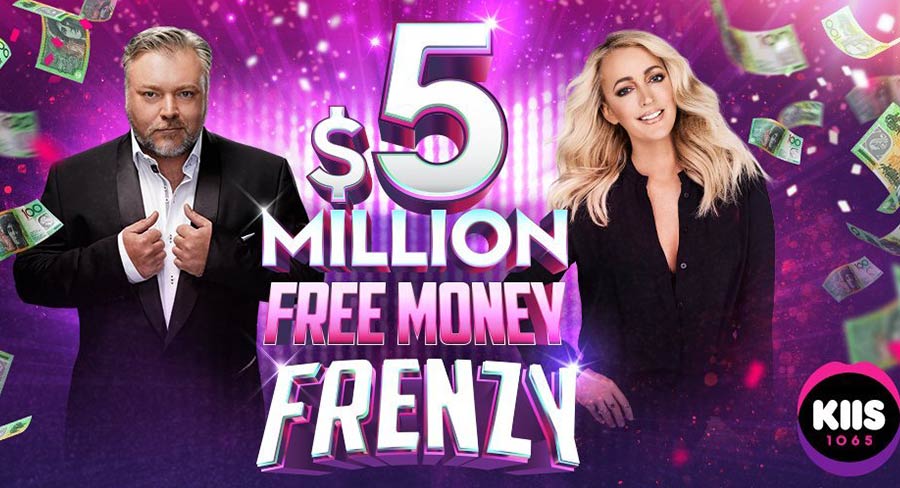 • KIIS tells competitors as it empties the safe: “That’s not a prize, this is a prize”

With the start of radio survey two weeks ago, commercial radio stations around Australia are offering listeners the chance to win big money.

To help get mileage out of the promotional activity, most of the $1m+ cash prizes on offer are competitions offered across two or more network stations.

In the Sydney market Triple M and Nova 96.9 were both touting prizes of $1m to their audiences. Triple M wanted to make theirs the biggest, so breakfast hosts Lawrence Mooney and Gus Worland upped their prize money to $1,000,010 this week.

However both Triple M and Nova, plus WSFM with its Million Dollar Bribe, have been blown out of the water by the Sydney and Melbourne KIIS FM stations to have dug deep to find a $5m cash prize. And all that amount goes to one lucky winner.

This is believed to be the biggest cash prize ever offered in Australia by anybody.

On-air opportunities to win in KIIS’ 5 Million Dollar Free Money Frenzy Giveaway are from at 8am each morning on Sydney’s The Kyle & Jackie O Show or Melbourne’s Jase & PJ Breakfast Show, from 9am – 3pm at both stations and during the Will & Woody drive show from 4pm.

Derek Bargwanna, head of content at KIIS Sydney and Melbourne said: “KIIS is always delivering the biggest and best radio content in Australia, but we’ve never done anything this big! Five million dollars cash would be absolutely life-changing, and we’re so excited to be able to offer our listeners the chance to win and make Aussie radio history in the process.”

Show me the money – radio cash on offer