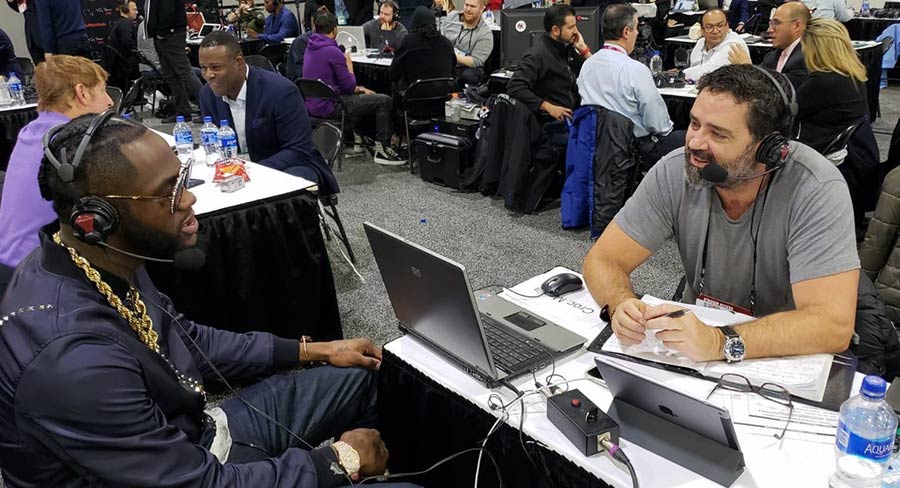 They stopped off in Los Angeles where McGuire was on the red carpet at the G’Day USA event. He was later reporting from the Staples Centre for an NBA clash between the Lakers and the Sixers, where he spoke with Aussie NBA superstar Ben Simmons after the game. This morning Luke and Eddie were hosting the show live from Radio Row in Atlanta. Travelling with the team is executive producer Michael James who has been doing roving interviews from the Super Bowl media centre.

Also broadcasting from Atlanta this week has been 1116 SEN hosts Gerard Whateley and Garry Lyon.

The SEN Melbourne breakfast show was split between Atlanta and Melbourne with co-host Tim Watson remaining behind. Guests this morning from the US included the WBC Heavyweight Champion of the World Deontay Wilder. Lyon shared a Tim Tam with the boxing champ on air.

Weekend radio listeners will be able to hear Saturday morning networked SEN show Off The Bench coming from Radio Row with host Craig Hutchison also in Atlanta after anchoring the show from the Sundance Film Festival a week ago.