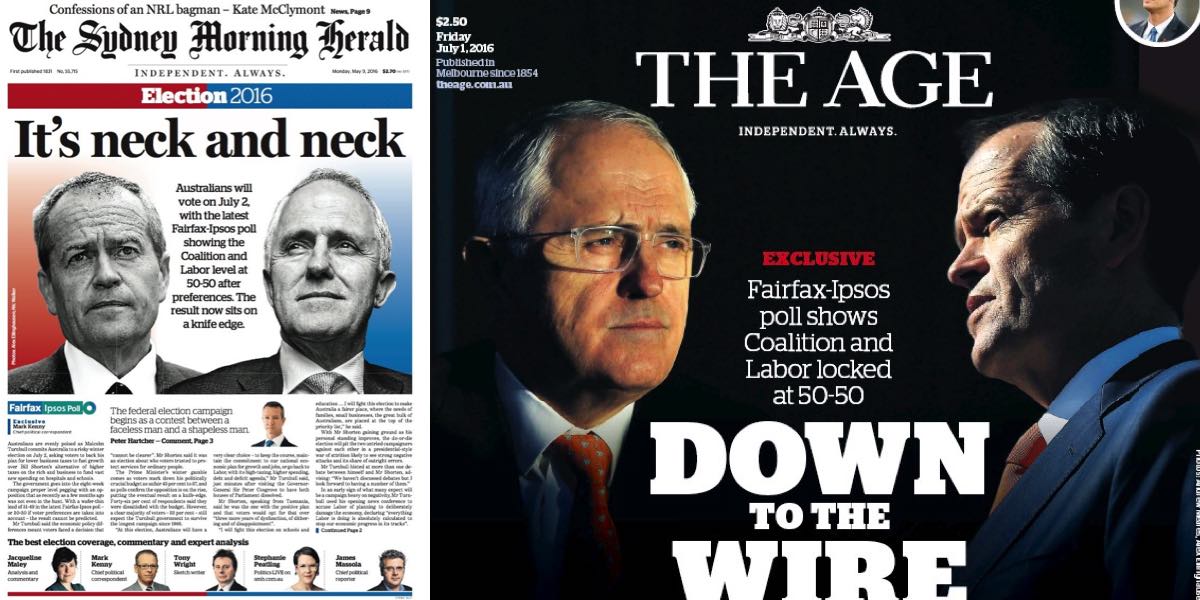 Fairfax titles The SMH, The Age, The AFR and The Canberra Times achieve their biggest cross platform audience for 2016.

Fairfax Media’s four metro titles have recorded their biggest cross-platorm readership for 2016 in the latest emma figures released for 12 months to May 2016.

The Sydney Morning Herald had the highest cross-platform readership of all Fairfax titles, reaching more than 6.2 million people.

This is the third consecutive month where Fairfax has recorded a reach of more than 13 million – that is more than 70% of Australians.

See the full release and results for Fairfax below:

“The Sydney Morning Herald, The Age, The Australian Financial Review and The Canberra Times all achieved their biggest cross-platform audiences for 2016.

“The cross-platform growth underlines the value and trust more than 13 million people place in Fairfax Media’s expansive platform of news, information and entertainment each month.

“The Sydney Morning Herald reinforced its position as Australia’s number one news destination, reaching 6.2 million people across print and digital platforms, 225,000 more people than April and 1.7 million more (+38%) than its nearest competitor.

“The Age reached its biggest cross-platform audience so far for 2016 reaching 3.6 million people, with a total digital audience of 2.7 million.

“In May, The Canberra Times reached its biggest audience for the year, growing 8% month-on-month across print and digital platforms, with total readership of 910,000.

“Fairfax Media’s extensive multi-platform network connected advertisers to more than 13.2 million Australians (73% of the population aged 14 and over) in May, and the engaging and compelling content we consistently deliver will continue to drive audience growth.”

Key emmaTM monthly readership highlights for the month of May 2016 include:

Note: This was the fifth month in which the emmaTM  database has fused the IAB digital currency data, Nielsen Digital Ratings Monthly (DRM), providing more accurate total cross-platform and digital audience numbers that include mobile and tablet audiences. Due to the change in digital measurement methodology, there is now a trend break in the total cross-platform and digital numbers, and change calculations (year on year) are not valid.