In many ways The Age has become a digital-first business but the newspaper is still its flagship product, editor-in-chief Mark Forbes told Mediaweek.

“Fairfax is looking down the track to a future where it will have a 24/7 digital business and strong weekend newspaper products. At some stage in the future it will look at abandoning the Monday to Friday print. But that day is not here yet.

“Newspapers are still really critical for Fairfax and our brand. People identify The Age with the traditional masthead and the printed product. It’s a flagship for the brand overall.

“Although we are now publishing almost all the stories on digital first, it’s what you put on the front page that all the radio stations and morning shows are picking up and talking about.

“Newspapers still drive the agenda to a surprising degree.” 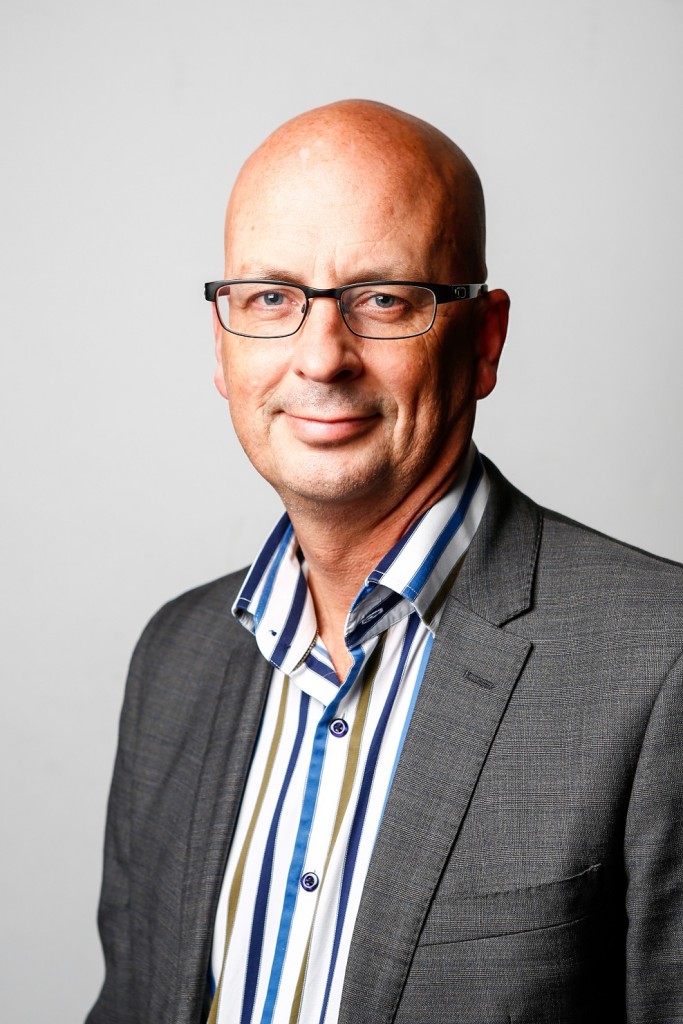 Holden’s departure from the masthead marked the beginning of a turbulent time for Fairfax, which has since let go of nearly 100 editorial staff from Sydney and Melbourne.

When all this was happening Forbes had had only a few weeks as editor-in-chief after his previous role as news director of The Age.

“It’s a tough and emotional time,” Forbes admitted. “You have to be sensitive while also facing the reality that we are going to be in a continual process of change.

“That has been going on in a serious way for at least five to 10 years. The whole structure of the newsroom has been totally altered. People are used to the fact that we are in an evolving situation. That’s been caused by technology and external factors. You need to change to survive and stay strong.

“You need to have good communication with your staff. You need to have frank and, quite often, tough discussions about what the future holds to help people make the right decisions for their future as well as ours.”

Fairfax’s job cuts announcement in March 2016 sparked many staff members to go on strike to protest the decision, the hashtag “FairGoFairfax” began trending on Twitter, and the news and trade press (including Mediaweek) reported on the story as it developed.

A very sombre day @theage So many talented, experienced journalists are leaving, some had no choice. #fairgofairfax pic.twitter.com/wHJWtfDybk

Forbes put a positive spin on this aftermath.

“You need to accept that the change and transformation that we are going through at the moment are necessary,” he said.

“It’s interesting that there has been an incredible amount of focus on the changes at Fairfax and the job cuts through the course of this year, where just under 100 staff members have left. Interestingly, in the same time frame I understand that News Corp has gotten rid of close to 200 people. There has been no attention or coverage of that.

“People really care about Fairfax, about The Age and The Sydney Morning Herald. At times we are held to higher standards than the rest of the industry.

“I take that as a positive. The fact that people are so loyal and concerned that they will go out on social media and express their concerns about the changes is something that we need to value. We need to listen to what those people are saying and convince them that we are going to preserve the things about The Age that they value.

“What we are going through is no different to what is happening in every media outlet across the country and the world.

“The world in which we live in is changing, technology is changing, and the way people are consuming news is changing radically. The amount of change we’ve had in the past decade, I would argue, is more than all the change in the previous 150 years combined.” 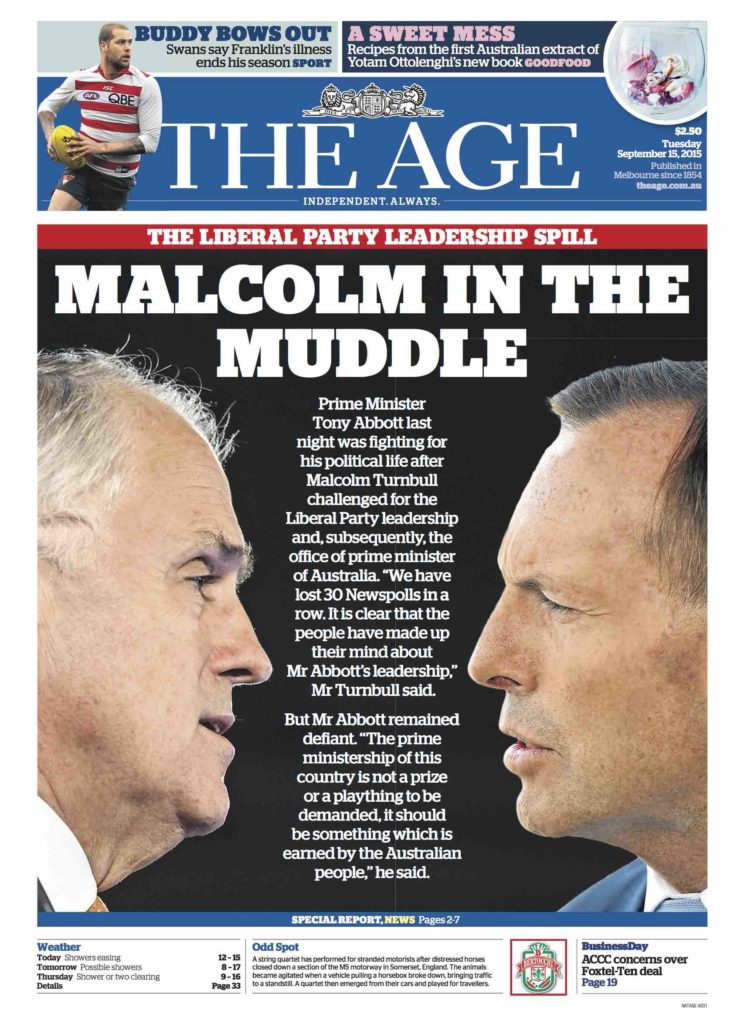 As the leading figure in The Age newsroom, Forbes’ biggest challenge is ensuring that the masthead transitions into a successful online business.

“We are already a digital first business. It’s about continuing to manage that transition and explore, innovate and adopt,” he said.

“There is going to be an ongoing decline in newspapers. That is simply the trend here and all over the world.  We still have a very loyal newspaper audience out there, but that audience is getting older. Younger readers would rarely be picking up the paper. They’d pick up their smartphones and laptops – that’s how they choose to consume their news. We need to be going to where the audience is.

“The issues with papers are more around revenues in terms of distribution, advertising and costs. It’s very expensive to print and distribute newspapers.”

One of the biggest challenges that Forbes faces is monetising The Age’s digital products and audience online.

The masthead is currently the ninth most accessed news website in Australia, according to the Nielsen Online Rankings. In May 2016, it had 2.638 million unique browsers.

Forbes explained: “The ad dollars for The Age digital are going up. The difficulty though is the ads revenues aren’t increasing to the same extent as the print revenues are declining. They are dropping by about 10% a year. What we have found with the digital ad rates is that, because there are no barriers to entry, there are a lot of people in that space. Therefore, advertising rates are falling. Overall, revenues are increasing, but individual rates are falling.

“That hurts big publishers with big established brands. There is a whole range of issues around advertising revenues that are going to be pertinent not just for us but also free-to-air TV and digital-only companies.

“It’s part of the reason why Fairfax has been looking to diversify into other revenue streams like Stan and events.” Asked about The Age specifically, Forbes said their biggest success story has been Domain. It is very much a digital business. They are very much challenging REA now in the national real estate advertising market by simply providing a better product.

“Our events like the Night Noodle Markets in Melbourne have been really successful in terms of popularity and revenue.There isn’t a single answer to the revenue riddle,” Forbes said.

A day in Mark Forbes’ shoes 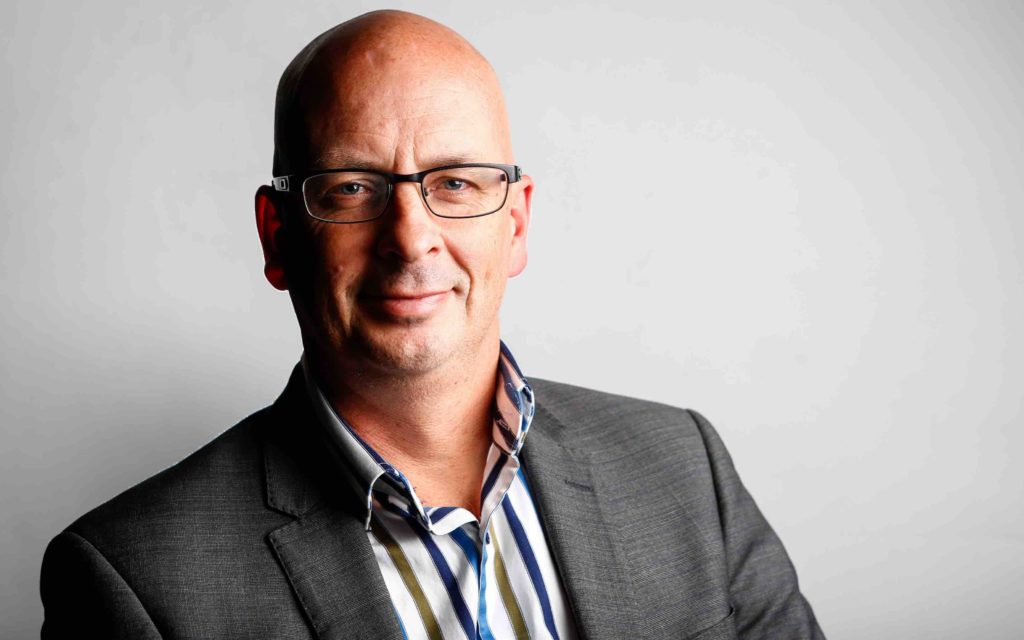 By 7am Forbes is up, has checked his emails, caught up on the day’s news, has looked at The Age website, and has attended a news conference, sometimes by phone.

“One of the troubles with this job is that it is 24/7,” Forbes laughed. “If something goes wrong at the end you are the person where the buck is going to stop. You always have a device with you these days, so I am spending an awful lot of my spare time checking our website.”

Asked if he is ever able to pull himself away from work, Forbes answered: “Occasionally.”

He revealed: “Late in life I have taken up surfing. I find that is great because you can’t take the mobile phone out to the ocean with you. That’s where I get a good couple of hours of relative peace and quiet.”

Mark Forbes has been in journalism for well over 20 years. He has worked as a foreign correspondent and in various roles at Seven News, ABC’s Four Corners and a number of mastheads.

Forbes got his first taste at editing a paper when he was purusing his arts degree at the University of Melbourne. After finishing his degree he moved up to Sydney to take up his first job in the industry as a cadet working for The Sydney Morning Herald.

The motivation behind this decision was to start his career on his own terms without using his family’s reputation in journalism in Melbourne.

Forbes revealed: “Print is in my veins. My father was a journalist at The Age. His father was the head printer at the Rockhampton Morning Bulletin. There is a romance around papers that I appreciate.

“I have always been attracted to the story rather than an individual medium.

“For me journalism has always been about the thrill of finding a story, uncovering something unique and exposing something. That doesn’t change with the medium.”

Having worked in commercial TV in the 1990s before moving to ABC’s Four Corners, Forbes described his time working at the public broadcaster as somewhat of a luxury.

Forbes reminisced: “There are challenges of working at Four Corners. There are issues working anywhere regarding resources. Four Corners still has substantial resources. There is a big team working on a story – it’s not just the journalist. You’ve got the producer, camera crew and normally a researcher as well.

“To me it was almost a luxury on Four Corners compared to commercial TV where you have same-day turnaround for stories.

“The thing about going from newspapers to TV is the amount of work required to produce even a relatively short TV segment. There is more work in TV programs, particularly like Four Corners, than a lot of people on the outside truly appreciate.”