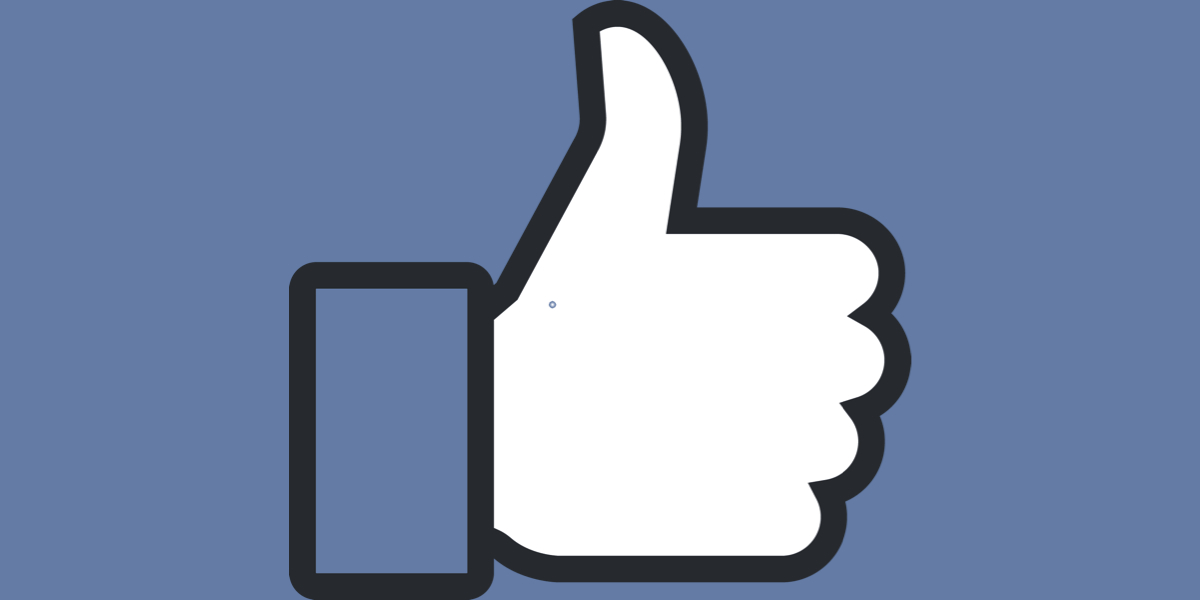 Google’s dominance as the world’s largest media owner has increased, with the gap between it and its nearest competitor widening significantly over the past year. According to ZenithOptimedia’s new report Top Thirty Global Media Owners 2015, Google is now 136% bigger than the second-largest media owner (Disney), up from 115% a year earlier. It is also bigger than the second-largest and third-largest (Comcast) combined.

The Top Thirty Global Media Owners report is a unique ranking of the world’s largest media companies by media revenue, as estimated by ZenithOptimedia. The report was launched in 2007 and was last published by

ZenithOptimedia in 2014. ZenithOptimedia defines media revenue as all revenue deriving from businesses that support advertising, to determine which companies are most important for the marketing industry.

The next-fastest growing company is Baidu – China’s equivalent of Google – which grew by 43% over the year. Baidu’s growth has been driven by the rapid development of China’s ad market, as well as improvements in search technology, and it is now the world’s 14th-largest media owner, ahead of digital rivals Yahoo! (18th) and Microsoft (21st).

The third-fastest growing company is Grupo Globo, Brazil’s principal media owner, whose media revenues grew 15% year on year. Like Baidu, Globo has benefited from its presence in a fast-growing emerging ad market, but Brazil’s recent economic difficulties are likely to limit further growth in the short term.

There is only one other media owner in our top 30 that is based in an emerging market and that is CCTV: China’s national state television company. CCTV accounts for about a quarter of China’s television ad market – the third-largest in the world – and has more than tripled in size over the past decade. Chinese television is now facing stiff competition for ad budgets from online video and digital media in general, and CCTV too is likely to find it tough to increase its revenues from its core business.

There are five purely digital media owners in our global top 30 – Google, Facebook, Baidu, Yahoo! and Microsoft. Between them they generated US$71bn in media revenue, which represents 68% of all global digital adspend, up from 67% in our previous report. Power in the digital advertising market is concentrated in the hands of a few large platforms, and is becoming even more concentrated.

“The rapid growth of digital media and emerging ad markets has strengthened the position of media owners such as Google, Facebook, Baidu and Globo, at the expense of traditional media owners in developed markets,” said Jonathan Barnard, ZenithOptimedia’s Head of Forecasting. “The top digital media owners currently maintain a strong grip on the digital ad market, but they face the constant threat of displacement by disruptive innovators. While some emerging-market media owners face challenges in expanding their businesses in the short term, we expect to see more media owners from emerging markets enter the top 30 over the next few years.”

In a change from previous editions, ZenithOptimedia has tightened the definition of media revenues to exclude simple redistribution of third-party content. This means that for pay-TV providers, only revenues from content in which they sell advertising is included – the part of their business that is relevant for marketing purposes. The ranking for this year’s edition is therefore different from those in previous editions. 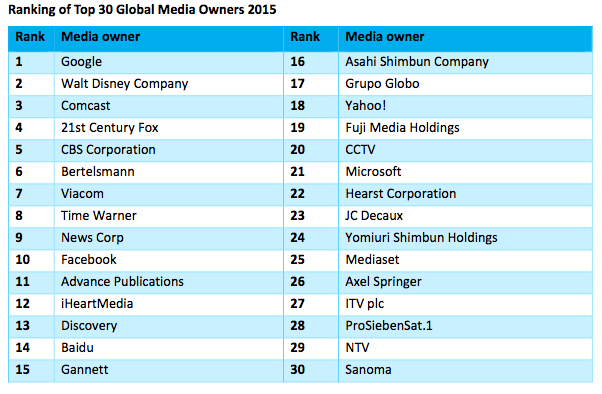