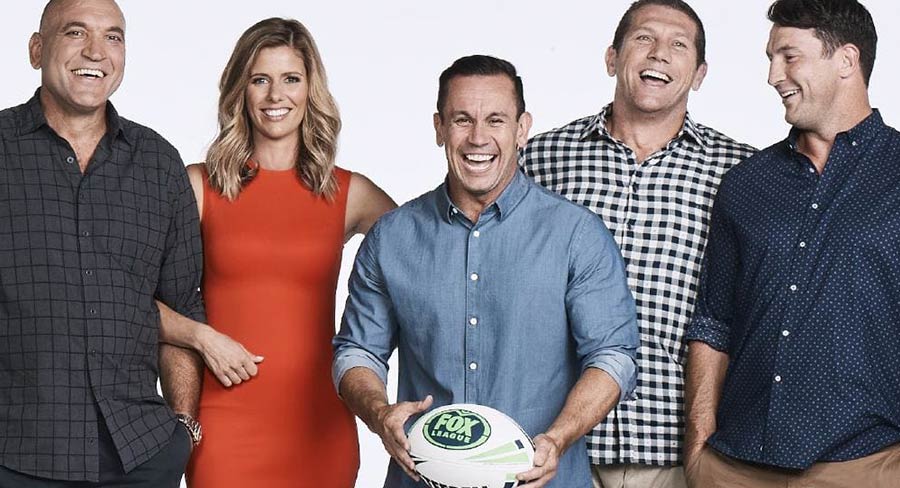 • How the face of Fox League will still be busy, and has he listened to Moonman?

After retiring from Rugby League in 2002, featuring stints with the Newcastle Knights and the Cronulla-Sutherland Sharks, Matthew Johns has made a considerable name for himself in the media.

He first had contracts with Nine, and then Seven, before picking up the breakfast radio mic and joining Triple M Sydney’s The Grill Team in 2011. The move was a success for both him and the station as they moved deeper into NRL and sports coverage, which became a cornerstone for their content.

Johns wrapped up his work with The Grill Team late last year as he focuses his attention on his gig with Fox Sports, which he has done in parallel since joining the broadcaster 2012. When asked about his departure from radio, Johns told Mediaweek why he thought it was time: “I did eight years on the radio and I don’t miss it yet. I loved Andrew Denton and before I took the job at Triple M I asked him what it was like and he said, ‘Mate, it’s a lot of fun, but there is something weird about getting up at those hours and trying to be creative.’ He said if you can get five years out of it you’ve done well, and we did eight and by last year I knew I was done.”

After Johns’ departure, Triple M announced that Lawrence Mooney would be joining the Sydney breakfast team to head up the Moonman in the Morning show, after considerable success on Triple M Brisbane’s The Big Breakfast. When asked about his thoughts on the new show, Johns admitted he hasn’t heard it yet.

“I haven’t listened to it yet, I heard a little bit this morning but as my old cohort Gus Worland rang me and asked how I thought the show sounded, I explained I didn’t quit the show to get up in the morning and listen to it.” He said that while he has done Fox Sports for over seven years now there will be a major difference.

“I’ve been doing Fox League for a while now, but this the first time I’ve done it without having to do the radio. They are used to me coming in off three hours of sleep. Now I’m sleeping in, and back to the good old days when I was on the dole after I first left school and getting up at 11:30…it is fantastic.”

He has also hinted he might be involved with the return of TV icon Reg Reagan.

With the new NRL season less than two weeks away, Johns, one of the most respected pundits in the game, predicted an unpredictable season!

You can catch Johns on Fox Sports on Sundays at 6 pm, and 9:30 pm on Thursdays for the duration of the NRL season.