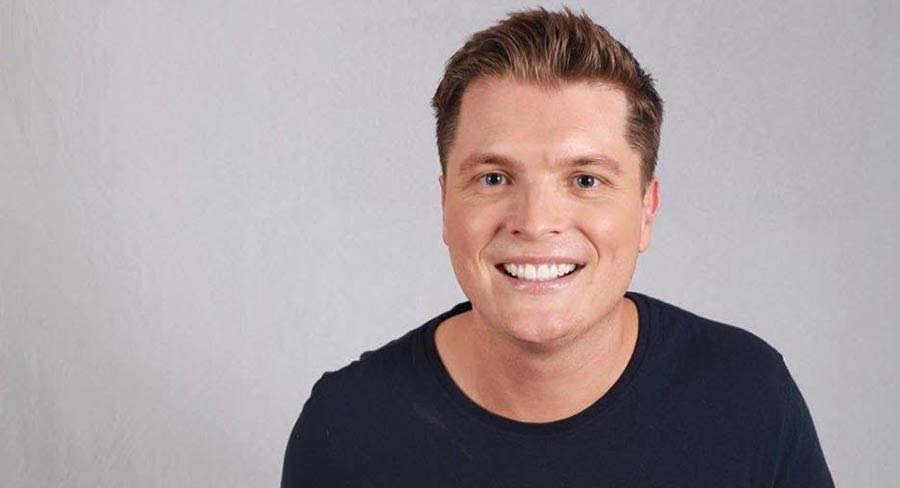 The two hosts rely on their own relatable stories for much of the program, which must put some pressure on the duo, but it makes their seem very personal for the audience.

We listened recently to a Monday show where at least the hosts had two days of stories to help fill their four hours on air. That’s right – an early start for their Central Coast commuter audience. But host Gawndy told Mediaweek Mondays can be hard. “You are coming off two days of rest and sometimes it works better for me when I am working on back-to-back shows.” When I bring up some of the talk topics they covered – including one about happy endings when getting a rub and tug! – Gawndy admitted to some minor embellishments. “Sometimes I throw in something extra to get a reaction out of Ash. There is a little bit of theatre, but quite a bit of truth as well.”

The duo have been hosting Sea FM breakfast since the start of 2018. It can take some time for hosts to get to know each other well on air. “We are at the point now where we are quite comfortable with each other,” he said.

Hearing a duo building their relationship on air is fun for the listeners, and Gawndy says that is still happening to some degree.

Gawndy came to Sea FM four years ago by way of Nova Brisbane under content director Jay Walkerden where he did weekend breakfast with Jonathan Brown before the former AFL star went to Nova Melbourne. Gawndy also worked on air with Bree Tomasel who is now on air in New Zealand on ZM’s Bree & Clint drive show.

Bree and Gawndy originally made the move south to Sea FM together, but Bree headed to New Zealand after their first two years.

Gawndy also spent time with Fitzy & Wippa for five years as panel operator and occasional contributor. It proved to be a good grounding on how a breakfast show works.

He also worked with Hughesy and Kate as breakfast anchor after Ed Kavalee left their Nova breakfast show.

Sea FM can be heard all the way from the NSW capital to further north. “Our ratings audience is around 400,000, but we often get calls from people outside that market in Sydney and Newcastle.”

Central Coast advocates love their part of the world and Gawndy is no exception. Sydney is just an hour away without the hassles of city life. “This is a pretty sweet spot,” he said.

Another plus is the number of surveys every year. Or is it? “We only get one a year,” he said. “I would love more. This is my fourth year in the market and we have been #1 every survey.”

He noted it is a competitive market too with Sea FM’s main rival Nova-owned Star with Rabbit and Julie Goodwin hosting breakfast. Also operating on the Central Coast is SCA sister station 2GO, now part of the Triple M Network.

“One survey a year is great if you win. It is also stressful. I don’t get any sleep the night before a survey result because it is the judgement on your whole year. I would rather eight surveys like metro markets. At least if you have a bad one you can bounce back again in two month’s time.”

Pollard came to Sea FM after guest stints on radio associated with her time on My Kitchen Rules. In fact the market is something of a battle of the cooks with Pollard at SCA and MasterChef Australia winner Julie Goodwin at Nova Entertainment.

Gawndy said Pollard is great at telling a story and she has strong opinions. “Over the past 18 months she has developed strong radio sensibility,” said Gawndy.

Helping out on breakfast is producer Matt Lucas who is also formerly of Nova Brisbane.

Looking after regional content in NSW for SCA is Peter Yiamarelos.

Being super local with their content works well for the show. “Because we are so close to Sydney people can listen to Kyle and Jackie O or Grant, Ed and Ash if they want to. They choose to listen to us for our news and information about the coast.”

The show walks the tightrope between talking about everything happening locally and just those topics that listeners feel they need to know.