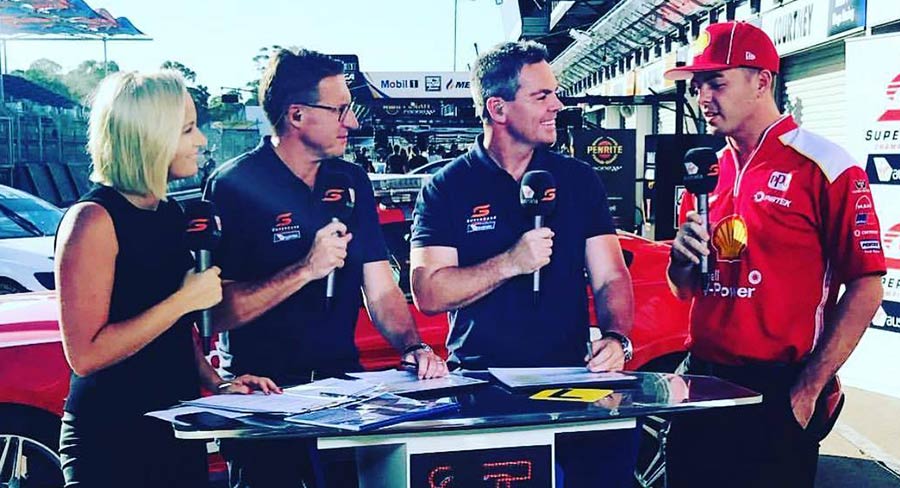 With every race available live on Foxtel in 2019, the five-day broadcast from Adelaide flew off the start line with Fox Sports reporting significant audience increases on each day of the coverage:

Starting on Wednesday with an 85% year-on-year lift for episode 1 of magazine show Supercars Trackside, the shift of Practice 1 to Thursday afternoon provided a 97% average audience increase YOY, the twilight Qualifying session on Friday was 25% up YOY, Top 10 shootout on Saturday up 48% YOY and Scott McLaughlin’s win in the Ford Mustang on Sunday earned a 20% increase YOY with an average audience of 231,000 on Foxtel.

Head of Fox Sports, Peter Campbell, said: “What a fantastic way to start the season with an action-packed weekend of racing on the streets of Adelaide. The Adelaide street circuit always lends itself to great racing and great drama, and we had plenty of both across all days of racing.

“I’d like to commend Craig Lowndes in his first appearance as a presenter alongside Mark Skaife and Jess Yates – who fitted in seamlessly to our commentary line-up as well as the broadcast team that bring the series to life.

“We look forward to the next championship round at the Australian Grand Prix when Supercars and the inaugural Formula 1 race of 2019 light up our screens together all on the one weekend.”

Fox Sports on Foxtel will broadcast every race of the Virgin Australia Supercars Championship live and ad break free in 2019, along with the Formula 1 and MotoGP World Championships.