Angie Kent finally let her walls down and embraced love amidst a rollercoaster of emotions, on The Bachelorette Australia finale.

After six weeks of drama and battling the struggle between her head and her heart, Angie threw caution to the wind and gave her heart to 30-year-old fitness trainer Carlin. 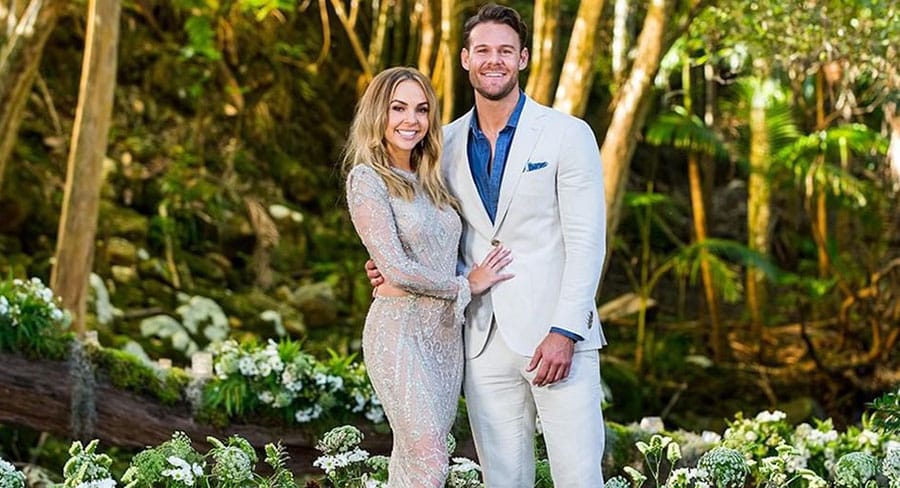 In beautiful Byron Bay setting, Angie was nervous about revealing her final two suitors, Carlin and Timm, to her family who had previously raised concerns about some of the men in the mansion.

Timm’s party boy antics and maturity were brought into question, and Carlin was grilled about his past marriage. Lucky for both Bachelors, by the end of the meet, they had won the Kent clan over.

Still as confused as ever, Angie took her final two on very different dates, kayaking with Carlin and hot air ballooning with Timm. Both men were determined to get their feelings across, leaving nothing left unsaid. Saying goodbye after each romantic date left Angie reeling and wondering if she would ultimately make the right choice.

When the time came for Angie’s decision, Osher visibly absent for her final moment (his wife was in labour at the time!) it was up to Angie to navigate the final steps alone.

Between Timm, who wore his heart on his sleeve and Carlin who was an open book, it was Timm who arrived to speak with Angie first. 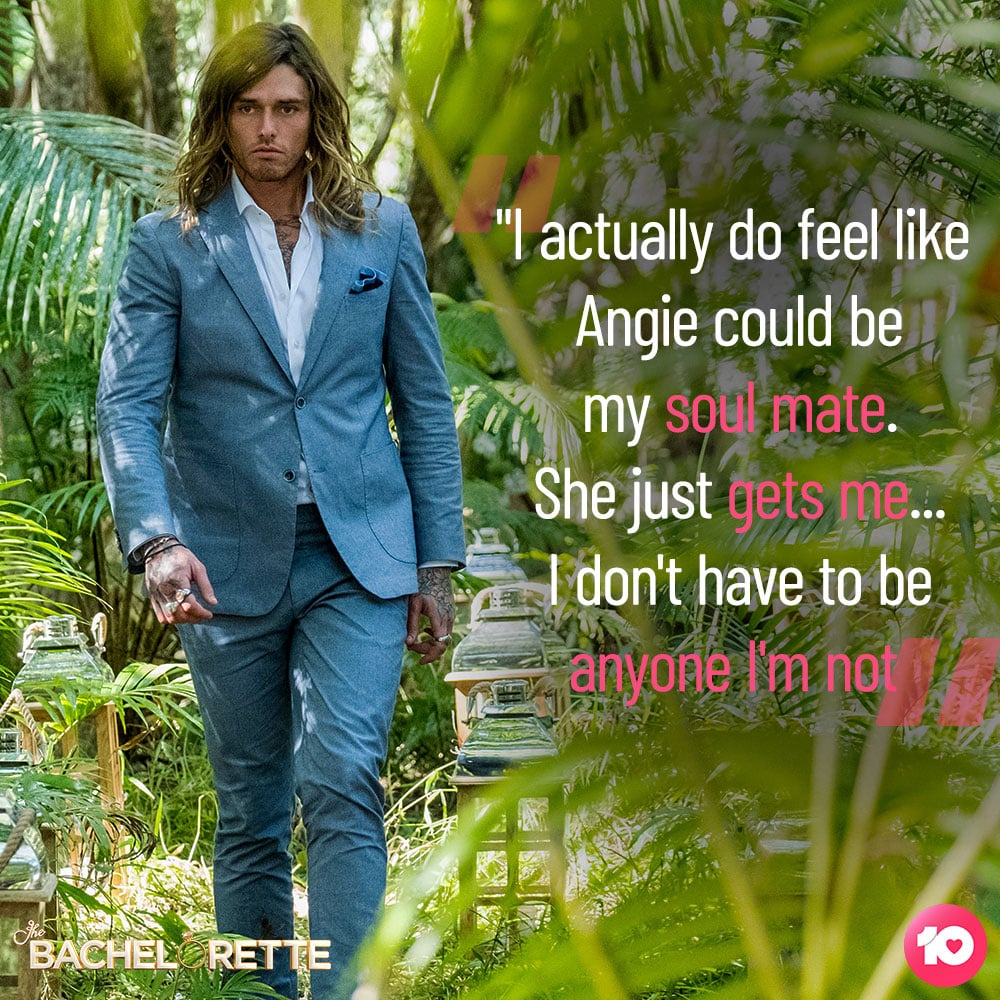 Nervous, Angie tried to explain as best she could why he wasn’t the one.

Breaking down in tears, Timm comforted our Bachelorette, reassuring her: “I love Carlin. If I could pick anyone to treat you how you deserve to be treated, it’s him. Please don’t be sad.”

Always the gentleman Timm gave Angie the ring he had chosen for her, before telling her he would miss her, and walking away. Flashing a beaming smile as Carlin approached, Angie laid it all on the line (in a roundabout Angie way!) saying: “There’s no doubt in my mind now. I feel like you’re the perfect guy for me and I’m completely falling in love with you.”

And like every great fairytale ending, once a single lady Angie had found her Prince Charming in Carlin. And with a commitment ring placed on her finger, the pair giggled off into the sunset.

Network 10’s chief content officer Beverley McGarvey said: “We couldn’t be more pleased for Angie and Carlin, and wish them every happiness for the future.

“Once again this year, The Bachelorette Australia proved its popularity with viewers across all platforms. It is one of the most engaging and noisiest shows on television and across other platforms and viewers clearly loved Angie and the bachelors.

“The success of this year’s season is a testament to the passion and hard work of many people on and off screen. I’d like to thank Angie for sharing her fairy tale journey with us, and the contestants for opening up their hearts to finding love.  I also want to thank our production partners Warner Bros. International for their brilliant work in bringing this season to life and everyone at 10 for their tireless efforts,” she said.The most watched regular episode on television was the penultimate episode, with the most dramatic rose ceremony ever, achieving an average national overnight audience of 1.10 million viewers.

On 10 Play, the second episode – which saw Angie confront councillor Jesse about his actions – achieved the highest 7 day BVOD audience ever (250,000).Network 10’s chief sales officer Rod Prosser said: “A big thank you to our commercial partners for their support across the season.

The Bachelorette Finale: The ratings