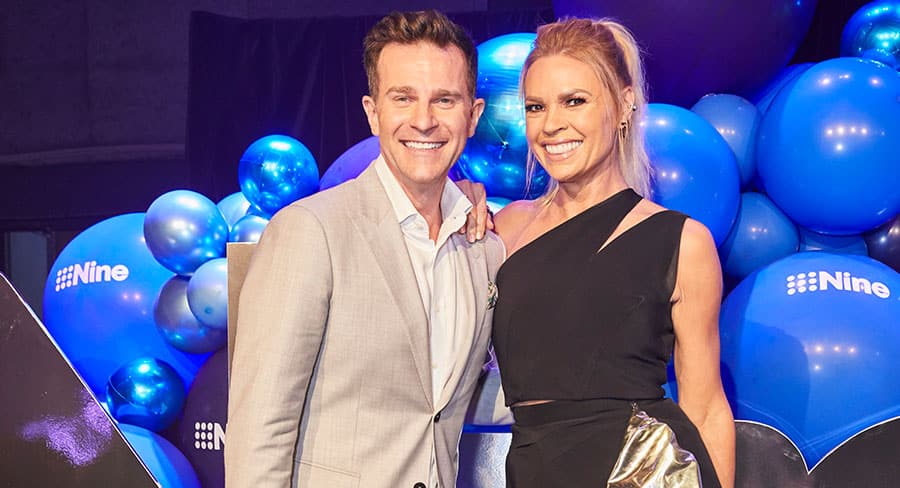 Australian Community Media has identified $7 million in cost cuts and is undertaking a restructure, including job losses in the sales executive teams and managing editor ranks, following a major review of operations, reports The AFR’s Max Mason.

The review of the regional publisher was undertaken after former Domain chief executive Antony Catalano and Thorney Investments chairman Alex Waislitz bought the business from Nine, in a deal worth $125 million, which completed at the end of June.

Sources said ACM will reduce the number of managing editors it has across its daily newspapers from five to one.

The sales changes follow a review by chief revenue officer Tony Kendall, who joined the company in August.

Seven West Media chairman Kerry Stokes‘ assurance that the free-to-air broadcaster is not for sale has failed to convince analysts that a major corporate deal involving the network is off the cards, reports The Sydney Morning Herald’s Jennifer Duke.

After the broadcaster’s annual general meeting on Wednesday, Stokes denied that recent deals like the sale of Seven’s magazine arm Pacific Magazines to Bauer Media and a merger with affiliate Prime Media were part of a broader plan to improve the company’s balance sheet in preparation for a sale or merger.

JP Morgan analyst Eric Pan said in a note on Thursday that the company believed Warburton had been “brought in to transform the company either through a sale of the company or significant acquisitions that will change the revenue composition of the company”.

“We believe the likelihood of a sale of the company is higher than acquisitions that are significant enough to transform the revenue composition of the company due to balance sheet constraints,” Pan said.

Publicis Groupe has no problem with female executives. But the global communications giant is no ordinary employer, reports The Australian’s Damon Kitney in a new edition of The Deal published today.

Two years ago Melinda Geertz took over as CEO of Leo Burnett Australia, part of the giant French marketing services company Publicis Groupe, the third-largest communications group in the world.

As one of the few female national advertising agency CEOs, she’s been viewed as a champion of diversity, work/life balance and creative culture. But she isn’t alone: 63 per cent, or 10 of the 16 Publicis Groupe CEOs and MDs in Australia, are female. The industry average is 27.9 per cent. Other women at the top of Publicis Australia include Sarah Adam-Gedge (MD, Publicis Sapien), Pauly Grant (chief talent officer, Publicis Group), Nickie Scriven (CEO, Zenith), Vanessa Liell (group CEO, Herd MSL), Suzie Baker (MD, Prodigious) and Julie Dormand (CEO, MercerBell).

Among the firm’s CEOs and MDs, the gender pay gap is now zero versus the national average of 14 per cent across all industries.

Tracey Spicer should own error over release of names: Rosie Batty

Prominent anti-domestic violence ­advocate Rosie Batty has called on Tracey Spicer to step up and stop blaming others for the “blatant and egregious mistake” in which the details of three domestic violence victims were released without their knowledge or consent, reports The Australian’s Steve Jackson.

While Spicer has said she is “truly sorry” and “gutted” that the women’s identities – and details of their experiences – were ­exposed in a preview version of an ABC documentary about the #MeToo movement in Australia, the former newsreader maintained she was not ultimately ­responsible for the appalling error as she was not the program’s prod­ucer, merely one of its “many participants”.

The excuse did not wash with Batty, who said the issue of domestic violence was too important for buck-passing and blame-sharing, and that Spicer needed to take full accountability for her actions.

“I am sure she’s horrified by what has happened but, when you are the custodian of stories from vulnerable people who have experienced significant trauma and violence and abuse, the buck stops with you.”

The Today Extra host made the “big announcement” on air Thursday morning, a week after it was widely reported in the Australian media that she was moving from Nine to Seven.

But while an emotional Kruger confirmed she was leaving the network, she made no specific mention of where she was headed.

“Well, I do have an announcement to make. After eight fabulous years I am leaving the show and the Nine Network. I have had an amazing time here. I have been very privileged to work on some top shelf programs and of course with you, David, here – don’t,” she said, warning co-host David Campbell not to make her cry.

Campbell, who declared he’d “only just found out” the news himself, said there would be “a lot of tears” during Friday’s final episode – and appeared to make a cheeky joke about fellow Today host Georgie Gardner, who did not return to the show after it was announced last weekend that Karl Stefanovic would take over again in 2020.

For someone who doesn’t like to plan too far ahead, Amanda Keller’s 2020 dance card is already pretty full, reports News Corp’s Jonathon Moran.

The popular radio and TV presenter will return to breakfast radio on WSFM’s Jonesy and Amanda show for a 15th year, as well as Dancing With The Stars and The Living Room on Channel 10.

“I never like knowing what I am going to be doing even though I love what I am doing,” Keller said.

“I don’t like to think too far into the future. The year will start and I will hit the ground running.”

Working breakfast radio hours – her alarm clock goes off at 4am – means Keller needs to be organised. An afternoon sleep is important and ensure she gets about eight hours a day.

“In this job, you absolutely have to (take sleep seriously) and I have seen many people come and go because they haven’t respected the hours.

“You have to look after yourself and you have to take your sleep seriously.”

A spanner in the works for Keller’s routine next year is 10’s decision to shoot Dancing With The Stars in Melbourne.

“It makes my life a bit harder because I will have to fly to Melbourne and do the radio show from there the next day,” she said.

“I’ve had a hip replacement and travelling is a pain in the neck. My hip sets off the alarm every time.”

Soap shock: Entire cast of Days of Our Lives released from contracts

The cast of the popular, and long-running, US soap opera Days of Our Lives has reportedly been released from their contracts as the series’ future remains uncertain, reports news.com.au.

According to TVLine, which first reported the news, the entire cast was released from their contracts and the show is expected to go on an indefinite hiatus at the end of November. However, Days of Our Lives, which screens on Foxtel, has not been officially cancelled.

Representatives for Sony Pictures Television had no comment when reached by Fox News. NBC did not immediately respond to a request for comment.

Fortunately for fans, TVLine notes that the popular soap opera shoots eight months in advance. As a result, even if the series’ production went dark at the end of the month, there’s still enough episodes in the can to last through the summer of 2020. However, it’s possible that won’t be the case.

See also:
Mercado on TV: With Ken Corday, US exec producer Days of Our Lives

“I think a lot of credit should be given to our judges who gave Tess and Luke some pretty harsh feedback along the way, and Tess and Luke took that on board as constructive criticism. 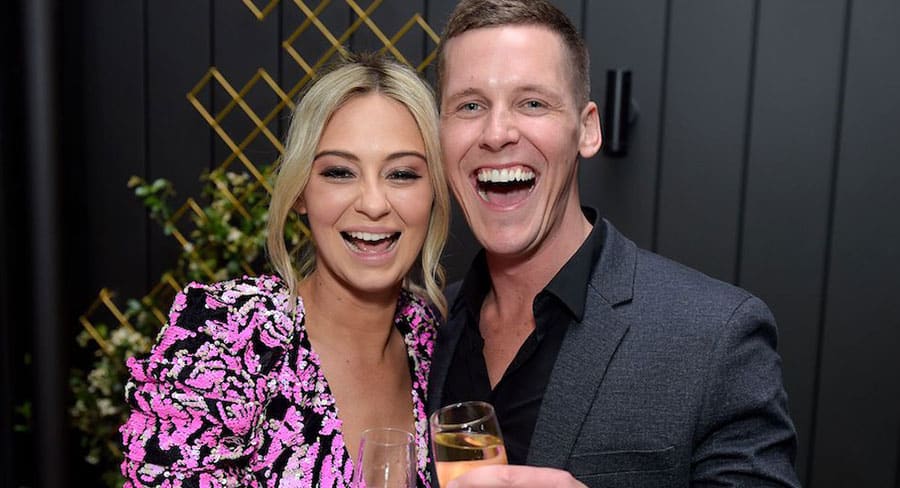 “In the very last week of the show they changed their home around. They followed the advice that was given to them by the judges. They changed their kitchen and living and formal lounge room around and created something which really resonated with the buyers and was a directly a result of the advice from the judges.

“They ended up having up having the largest living room of any of the houses on The Block because they changed their kitchen, and that, I’m told by the buyers, was one of the key reasons why they wanted that house.”

Netflix’s content chief Ted Sarandos has downplayed Netflix’s concerns about Disney+’s launch. “For us, nothing really changes,” he said of the launch. “They are great at what they do; they’re great storytellers. It is great to have competition,” reports The Hollywood Reporter.

Disney on Wednesday revealed that Disney+ had garnered more than 10 million sign-ups since its launch the day before, instantly making it one of the biggest subscription streaming services in the US.

Netflix executives, including Sarandos and co-founder and CEO Reed Hastings, have long downplayed the threat of Disney+, arguing that a rising tide of streaming services will lift all boats. At a conference earlier this month, Hastings said that he planned to subscribe to Disney+, calling it an “amazing company.”

Sarandos on Thursday also addressed the service’s shift from library content to originals, acknowledging that acquired shows make up a sizable portion of Netflix viewership.

“There is a lot of viewing that comes from licensed content from other people, because there is a lot of it, and for a while it was all we had,” he said, adding that shows like Friends and The Office also have hundreds of episodes. Ultimately, however, the company is planning for a future where almost all the content on the service is originals. “I think one way or the other, we end up there.”

Maker of Bluey named Production Business of the Year

Twenty-one individuals and businesses have won at the 2019 SPA Awards.

Ludo Studio received biggest honour – Production Business of the Year award – in recognition of its growth in the past five years from a small office on a Brisbane veranda to a thriving innovative hub employing over 50 creatives and producers on their original productions, including children’s series Bluey, critically acclaimed SBS drama Robbie Hood and vertical video drama series Content.