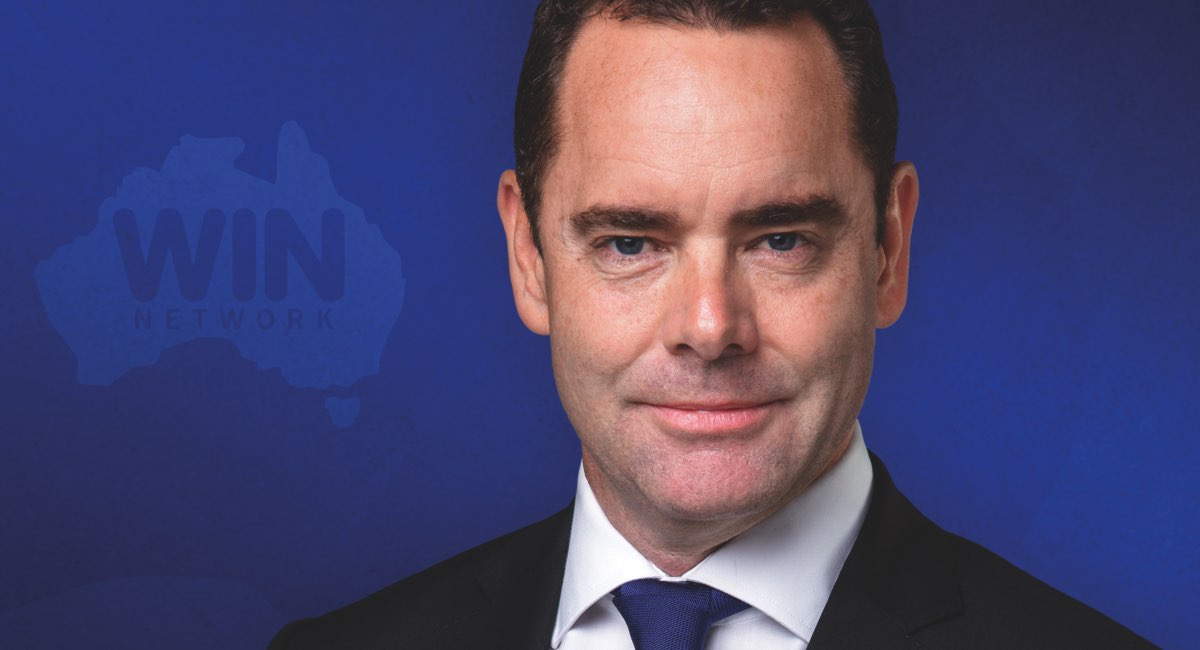 WIN could not be more satisfied with its new affiliation deal

There is a perception some hold that, after the recent round of regional television affiliation changes, the WIN Network might have been the loser when Nine chose Southern Cross Media to carry its channels in most major regional markets. That left WIN to close a deal with Network Ten, which has traditionally underperformed in regional markets compared to its metro shares.

After speaking with WIN Corporation chief executive Andrew Lancaster, Mediaweek was convinced the organisation is more than satisfied with the deal they now have.

“We are incredibly happy with the programming we picked up and the relationship we now have with Ten,” Lancaster told Mediaweek. “We already had that relationship in some smaller markets. The level of cooperation we are getting from Ten is unprecedented.”

When asked about WIN Corporation owner Bruce Gordon, who has been a long-term investor in Ten Network, as well as Nine, Lancaster said: “Bruce thinks this is a great outcome. He has always been passionate about Ten’s programs. He is happy that his investment and the affiliation deal have lined up.” 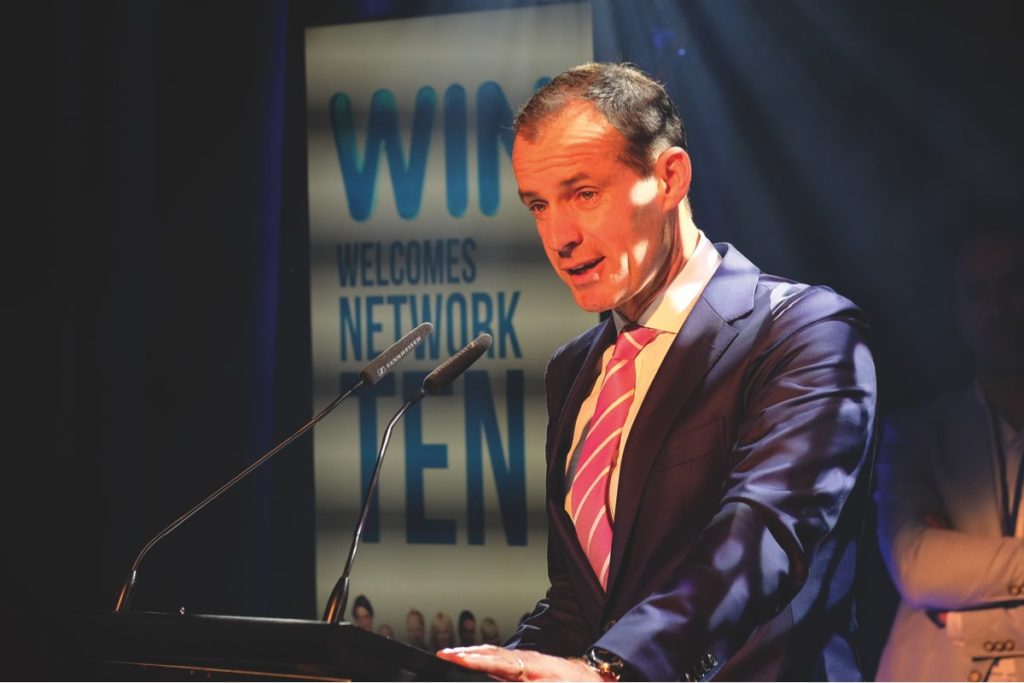 Lancaster was as guarded as always about speaking about financial agreements, but he did note one of their wins in this deal is that they are not paying 50% of their sales revenue to a metropolitan content supplier.

As to revenue projections, Lancaster was careful to explain they will still have a successful and profitable business. “The support we have received from our advertisers to-date has been incredibly strong. Looking at the initial ratings, albeit over just the first week, we are encouraged by the ratings and the revenue that is coming.”

Asked whether WIN can earn more revenue than Southern Cross did when they took the Ten signal, Lancaster replied: “One of the benefits that Ten gets as an affiliate is that WIN is a dedicated regional broadcaster and our entire focus is on ensuring we have the viewers and how to monetise that audience. That is a little different to their previous affiliate. Our expectation is that we will do better than the previous Ten affiliate.”

“There can be a lot of disruption with change like this. I am not so sure that those who caused the disruption fully understand the ramifications”

As to the difference in the relationship between WIN and Ten as compared to WIN and Nine, one big change is that WIN isn’t fighting Ten in the courts.

“We have a collaborative relationship with Ten,” explained Lancaster. “People can see it on air, how we went about promoting the Ten product early and the amount of energy Ten is putting in ensuring through their programming that the WIN brand is carried throughout Australia.” 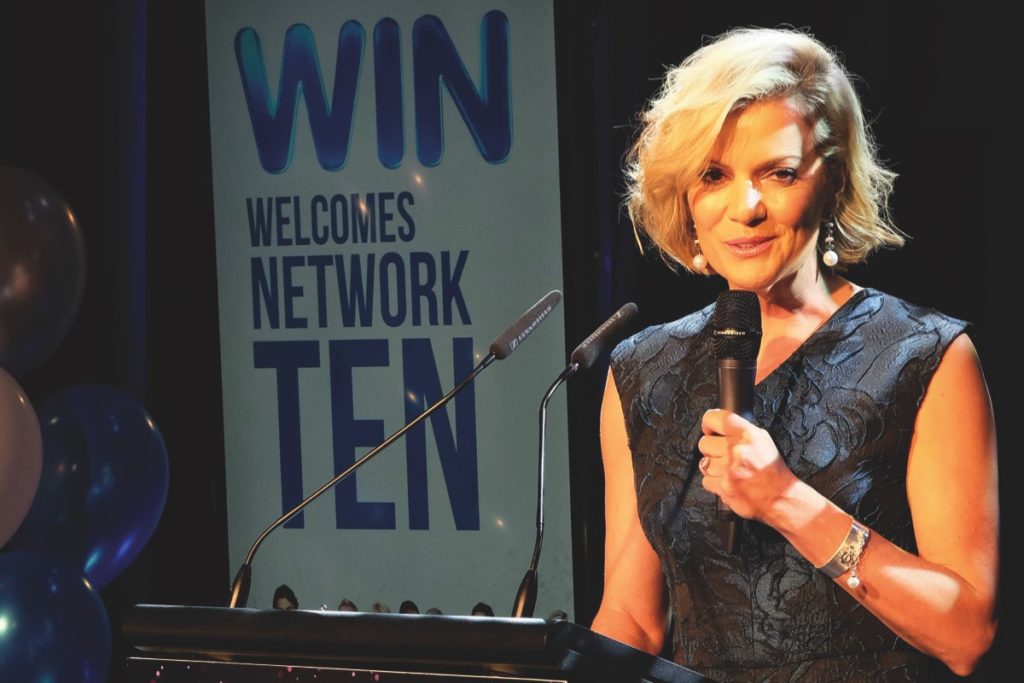 About Nine’s claim that it is happy to be able to now present a unified Nine signal right across Australia post-WIN, Lancaster said: “The reality is that the only primetime change we made in the last three years was to move A Current Affair from the WIN signal to Gem to accommodate WIN News, which is one of the strongest regional brands in Australia. In negotiations, Nine was very clear with us they wanted to maintain WIN local news in all markets.”

The change to TEN and its recent ratings success, in metro and now regional markets, has reinvigorated the WIN team including its chief executive. “The minute we knew we were going to be a Ten affiliate we had all our key executives in the boardroom with Bruce Gordon on the phone talking to us about it. We set our plan and so far have been delivering it reasonably well.

“Three years ago we stared down the barrel of changing affiliates when Southern Cross and Nine talked about merging. With David Gyngell back then we agreed we would give the markets six months’ notice of any change because it was the right thing to do for the clients.

“There can be a lot of disruption with change like this. I am not so sure that those who caused the disruption fully understand the ramifications.” 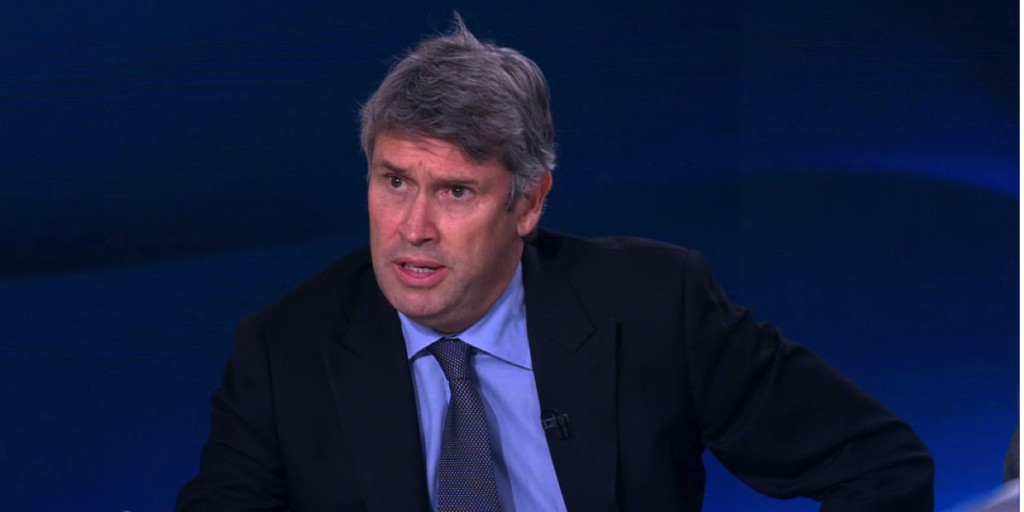 Lancaster said that over the years the Nine and WIN relationship was largely positive, despite having its moments. “You have to remember that there was talk of Nine switching off the Nine feed to WIN across the entire country last year.

“That has to make someone reconsider their position as a broadcaster when the people you have paid hundreds of millions of dollars to over the years all of a sudden are telling you if you don’t pay a certain fee they will switch you off. That is not how business relationships are supposed to work.”

Taking Nine to court over streaming its signal into regional markets seemed an extreme step for WIN to take against its broadcast partner. Lancaster put it into context: “People only go to court after the avenues have been exhausted. We pay a lot of money to take Nine’s signal into regional Australia. Unfortunately they started competing with us with streaming.”

By perhaps coincidence, TEN doesn’t live stream a lot of content online. “The difference with Ten on streaming is a little like the difference in the relationship. They understand that the regional patch is ours and Ten is happy to work with us on a streaming solution across regional Australia that benefits both organisations.”

When asked about amalgamating WIN bulletins around Australia, Lancaster noted they had centralised some of the news desks, “which gives us greater efficiencies in producing the news and there is no disruption to newsgathering in local markets”.

Lancaster explained WIN runs 16 separate half-hour news bulletins Monday to Friday across the country and a seven-night-a-week bulletin for Tasmania. “WIN News is broadcast at 6pm in most markets and at 5.30pm in Tasmania.” WIN likes the programming flow that sees TEN Eyewitness News lead into local news and then into The Project. “That makes a lot of sense for us.”

The impact of NRL deals on WIN

Nine got some cash from Fox Sports and Foxtel in return for giving the sports channels rights to simulcast the previously exclusive Nine NRL games this year in return for the expected drop in audiences. We asked Lancaster if any of those compensation dollars made their way to WIN. “I’m not sure if it has filtered through to their new affiliate, but it didn’t filter through to their old affiliate.”

When asked about the level of prior communication in general with WIN over the years about the worth or attractiveness of various sports rights deals, Lancaster said: “Historically we haven’t been consulted.”

“At Nine’s request we did move our sales operations into Nine offices at Willoughby and Docklands,” remembered Lancaster when the WIN sales team once worked closely with Nine. “Funnily enough their sales team moved out of Willoughby and we were asked to move to a different floor at Docklands. The collaborative approach that was supposed to occur there didn’t. We are now in the process of relocating our Sydney and Melbourne teams into Ten’s Sydney and Melbourne offices.”

The relocating WIN sales teams are enthusiastic about the new Ten product they are taking to market. Lancaster said: “We have had year after year of declining audiences as a Nine affiliate and it is very hard for the sales guys to hold their heads high talking to clients. If you look at the rugby league this year audiences are down 27% in New South Wales.” He added: “That is purely the result of a management decision to allow Fox Sports to simulcast games.”

The WIN sales force is now selling the Ten message to advertisers about growing audiences.