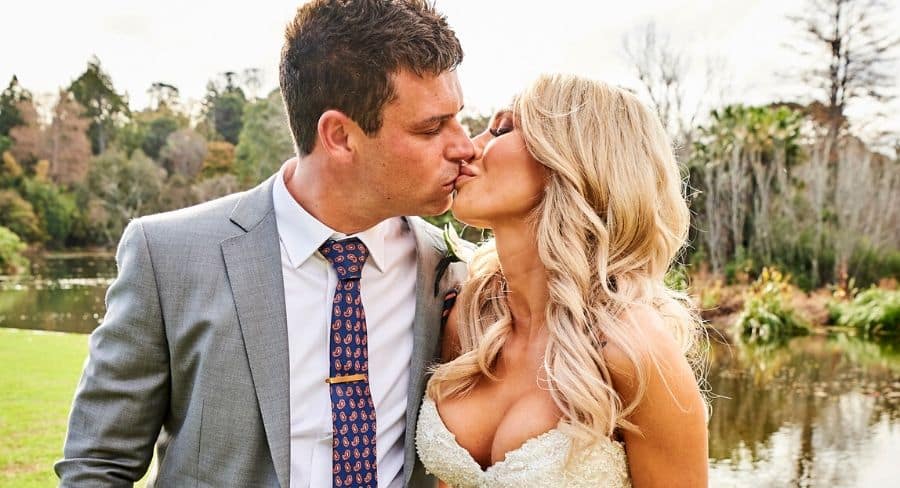 • Married At First Sight episodes were the four most-watched programs of the week and all were over 1m.

Nine has stormed home in first place thanks to continued blockbuster ratings for Married At First Sight. Nine won the first four nights of the week by a big margin and then also took Saturday narrowly ahead of Seven.

Married At First Sight episodes were the four most-watched programs of the week and all were over 1m. The only other program to hit 1m was the first half of Seven News Sunday a week ago.

Nine also continued to dominate the OzTAM rolling 28 day report, with MAFS taking out the top eight spots consecutively. All eight episodes have a VOD VPM in excess of 200,000 of which four are already over 300,000.

Seven was 4.5 points behind Nine. The failure of My Kitchen Rules: The Rivals to be competitive has been well documented. The best the reality show could manage last week was 516,000 for its Thursday screening. Helping the remainder of the Seven schedule to compete has been the channel’s 6pm news hour and the 7pm soap Home and Away. The daily drama was Seven’s best show after the News with a 7pm average of 604,000 across the week.

Outside of primetime Sunrise is charging into the new year with more of the leadership it has shown for a long time. The week 7 weekend episodes of Sunrise both pushed above 300,000 while the weekday average was 290,000. The competition was still well behind with Today’s weekday average of 208,000.

Network 10 competed in the key demos at 7.30pm for much of the week but it will be disappointed with shares under 10% on Friday and Saturday nights. The Tuesday episode of Australian Survivor: All Stars was best with 612,000 while the Monday episode was also over 600,000.

Dancing with the Stars launched with 585,000 on Sunday and Ambulance Australia was on 486,000 on Thursday.

The broadcaster has reported 10 was up 15% for the same week year-on-year while the combined channel share was also up 15%. The network was also home to the #1 multichannel last week – 10 Bold on 3.9%.

The channel is continuing to monitor its 6pm News performance and reported that last week the timeslot was up 26% compared with the same week last year.

Leading the ratings at SBS was the second episode of Great Australian Railway Journeys on 376,000, close to the debut episode numbers just over 400,000.