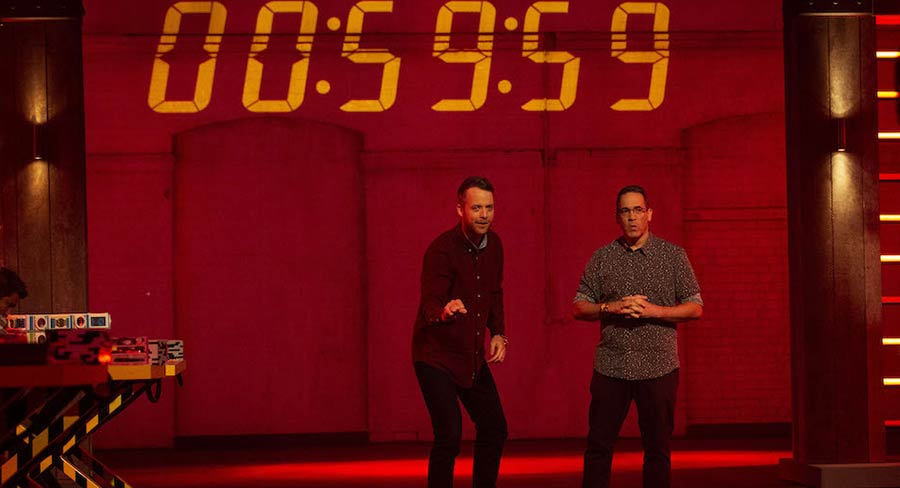 • Seven’s Saturday – 26.1% – was the best share anyone has had since the final two nights of Nine’s Married At First Sight.

Seven’s Saturday – 26.1% – was the best share anyone has had since the final two nights of Nine’s Married At First Sight. Helping secure that big Saturday audience was the Showdown – Port v Crows clash in Adelaide on Saturday night, which delivered Seven Adelaide an all people primetime share of 44.7%.

Seven News was its strongest performer with only one episode of House Rules and Home And Away also making it into the top 20 for the week.

Sunrise and The Chase continued to be clear leaders in their dayparts.

Seven managed to rank #1 in the key demos with combined channel share.

There has been some speculation Nine might push out more Lego Masters episodes next year, but Nine is more likely to remain prudent and go with three weeks of three eps again. (See separate recommission item.)

Nine News and A Current Affair were both strong performers, with an episode of the final season of The Big Bang Theory also sneaking into the top 20.

While MasterChef Australia has boosted the ratings bottom line, it may not have lifted as much as some predicted. 10 did managed to record its second successive week with share over 11%, something it hasn’t managed since weeks five and six.

10 had two episodes of MasterChef inside the top 20, and two just outside.

The channel’s only other entry in the top 50 was the strong debut from the new Adam Zwar/CJZ sitcom, Mr Black.

When you look at 10’s numbers through the filter of under 50 they had a good week: MasterChef Australia episodes all performed well under 50.

The Wednesday episode achieved its biggest ever seven-day BVOD audience of the series. The final seven day catch up numbers came in for Bachelor In Paradise. Season two saw an average growth of 49% in TV timeshift and BVOD audiences to its overnight audience. The Sunday Project, Hughesy, We Have A Problem, 10 News First, The Project 6.30pm and The Living Room all saw week on week growth. 10 Bold continues its momentum with 15th consecutive weeks of year-on-year FTA share growth.

The final episode of Vera screened on Sunday May 5 was the channel’s best for week 19. ABC News was the other entry in the top 20.

The channel’s other shows over 600,000 were Agatha Christie’s The ABC Murders and Australia Votes: Leaders’ Debate.

In the week before Eurovision will turn the ratings tide (live coverage plus replays on Thursday, Friday and Sunday nights), share was down a little on the primary channel (5.0% to 4.5%), but the dip was offset by Viceland lifting from 1.1% to 1.4% as SBS combined channel share remained steady on 7.1%.

The channel’s biggest audience for a second consecutive week was Who Do You Think You Are?