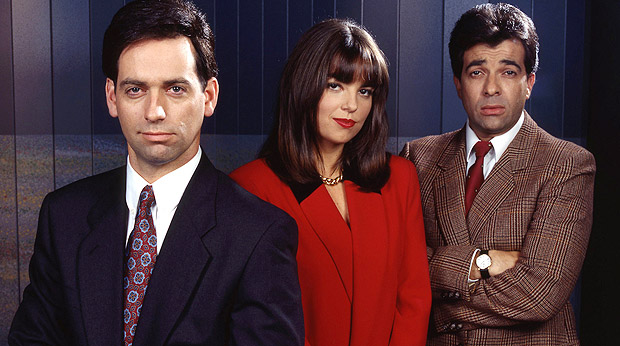 TV Tonight has asked some of the nation’s top TV critics to choose their favourite Australian comedies – either sitcoms or sketch – with Working Dog’s 1990s satire on current affairs emerging at #1.

Michael Lallo from The Age said, “A quarter-century after its debut, this note-perfect satire of TV current affairs – and Australian journalism in general – still feels remarkably relevant.”

Co-creator and star Rob Sitch said of the honour, “That’s very gratifying. I still have PTSD from the pilot screening. The ABC were expecting something a little more Mrs Brown’s Boys and we delivered a laugh-track-free vérité style office satire. There’s silence and then there’s silence that needs a defibrillator. Credit to them for still rolling the dice.”

In second place was Jane Turner and Gina Riley’s suburban homage, Kath & Kim, which screened on ABC from 2002 – 2004 and Seven in 2007, as well as spawning a telemovie and feature film.

Debi Enker, also from The Age, said, “Crowd-pleasing, iconic characters seen in the context of Australian suburban life and its values.”

“Was this the greatest collection of Aussie comedy talent ever?” asks James Manning from Mediaweek.

Here is the Top 10 list. Did they get it right?