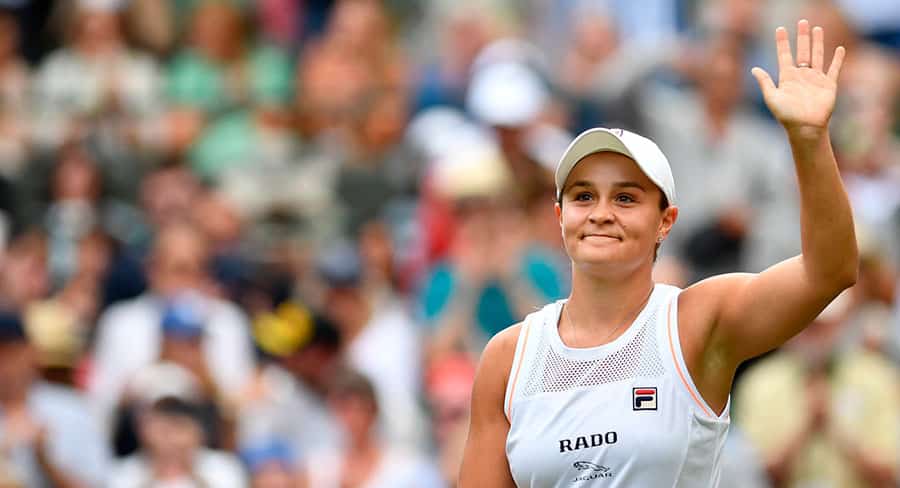 • Covering the action on free-to-air will be 7TWO

Huge night of Aussie action at Wimbledon on Fox Sports, Kayo and 7TWO

It’s set to be a huge night of Aussie action at Wimbledon and Fox Sports, on Foxtel, will provide a front row seat for tennis fans to watch the action live.

Also covering the action on free-to-air will be 7TWO.

Newly crowned World number one, Ash Barty, will be first up to headline tonight’s action up against Belgian’s Alison Van Utyvank. On court coverage begins from 8.00pm on Fox Sports 505, with Fox Sports expert commentator Adam Peacock and tennis legend Boris Becker to call all the action.

At 7.30pm, before all the action takes to the court, fans will be treated to the special live pre-show Daily Serve with a full panel of talent set to preview all of the upcoming night’s action, hosted by

“Day 4 at Wimbledon promises to be one of the best days of tennis in the first week of a Slam for quite some time. Not only are legends Serena and Roger in action, but also four Australians, highlighted by the best female player on the planet right now Ash Barty.

“At the same time Alex and John are out there doing what they do best – giving everything – while later comes the match the entire tournament will stop to watch, Rafa and Nick. What a night.” 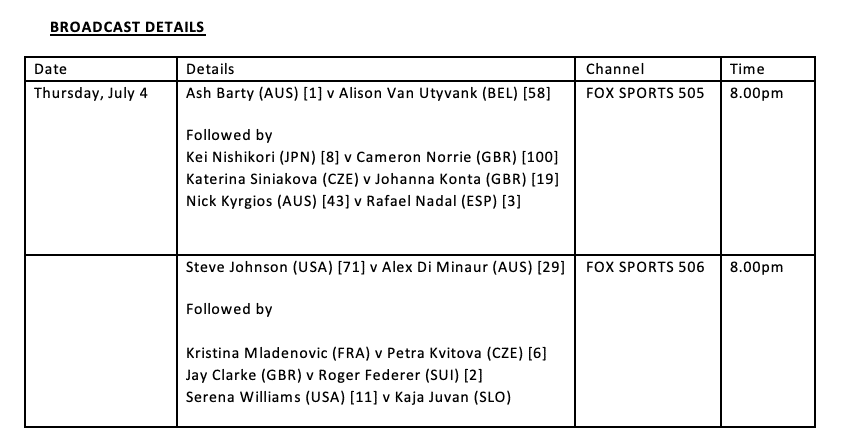