• Was Gordon Ramsay challenge one of best MasterChef eps ever? 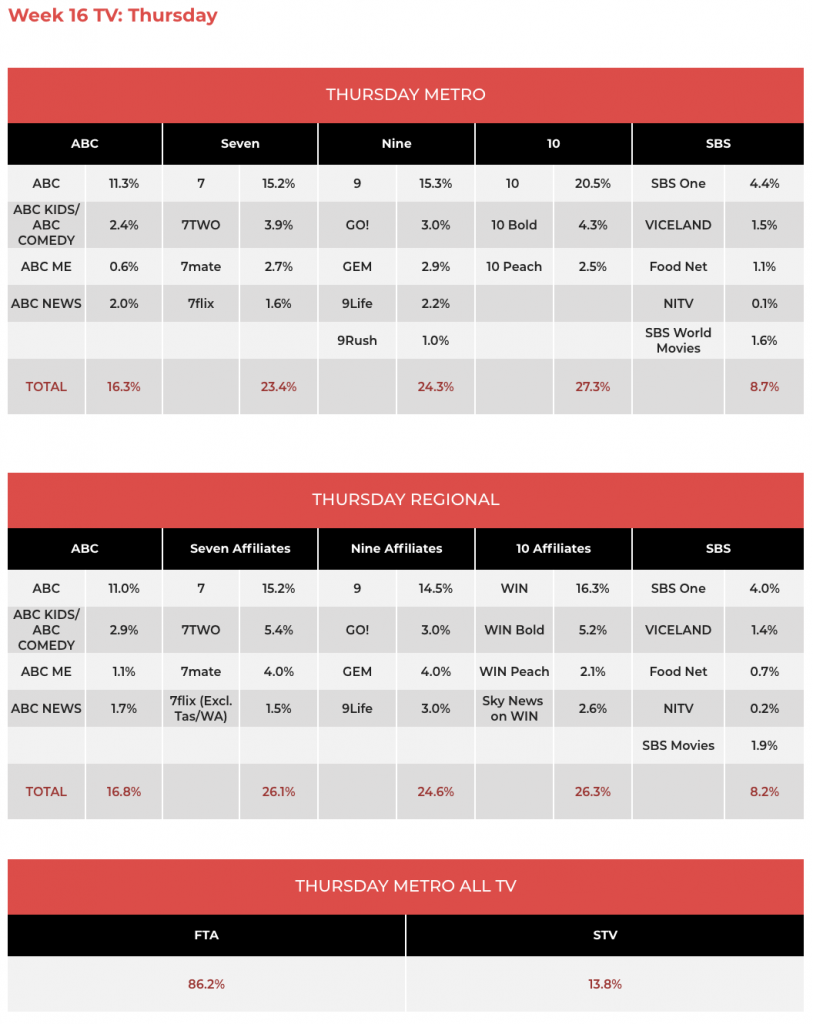 10: After five nights of week 16 and four nights of MasterChef, 10’s progressive primary share sits on 17.0%, same as Nine’s and just ahead of Seven. Network and Channel 10 are having their best week for some time with MasterChef leading the way with a fourth successive audience over 1m – 1,070,000 last night. The Thursday episode this week was a compelling food challenge where three contestants hoping for immunity this week – Sarah, Callum and Lynton – had to try and keep up with Gordon Ramsay. There was no recipe, you watch had to watch and listen to the master, replicating what he was doing, making sure you finished no later than 10 seconds after he finished plating up. All three made it with Callum winning immunity for one night. It was the end of Gordon Ramsay week, and an episode that will be remembered by many as one of the best MasterChef Australia episodes ever. It helped 10 win the night, it’s third win this week. 10’s combined Thursday channel share was its best since February 2018 and MasterChef had what is its best opening week since 2011.

It was an Endemol Shine Australia double last night as the channel had some great help from Gogglebox with 874,000 the show’s second-best audience ever and the biggest since October 2017.

Seven: Home and Away finished what must be one of its biggest weeks for some time with 685,000 for the Thursday episode. Then it was time for the season final of Pooch Perfect with 316,000 watching. This series has perhaps been the final nail in the coffin for dog lover shows in primetime?

ABC: The Heights did 278,000 and was followed by Grand Designs Australia on 374,000. The first of many screenings of Barrie Cassidy’s One Plus One then did 253,000 for the episode featuring guest Justin Langer.

SBS: Secrets of the Tower of London has proven to be a ratings magnet for the channel. After 334,000 a week ago, episode three of four last night was on 299,000.