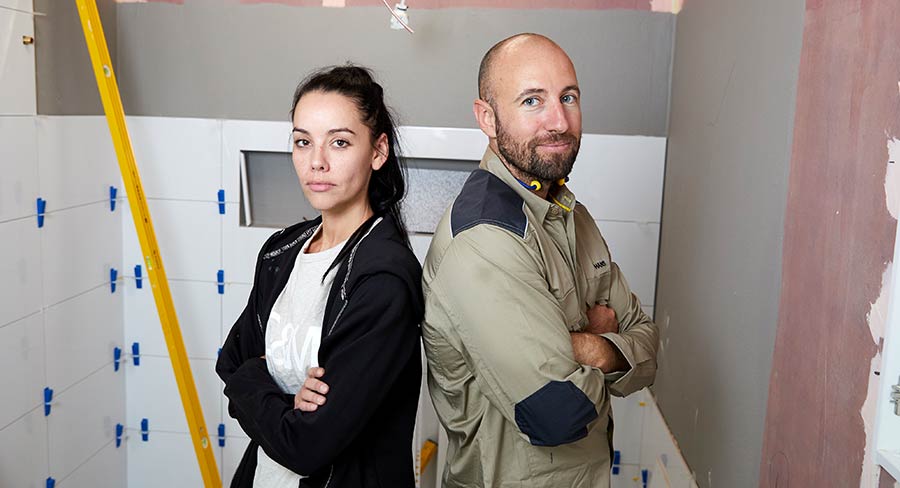 • Tracy Grimshaw with the PM keeps A Current Affair a winner
• The Block faces a battle over a swimming pool: Not happy
• Have You Been Paying Attention? powered by Jane, Celia & Glenn
• Seven’s Take Me Out debut helps Seven regain Monday share For Seven it was all about the launch of Take Me Out last night, which ticked a lot of boxes – great funny host, big shiny set and loads of attractive contestants. It has yet to tick the ratings box though, but a debut of 604,000 means it wasn’t too far from third place in the timeslot. The good news is the debut helped Seven to its best Monday share in four weeks. However, looking longer term this year, the episode was down on its Monday average audience and share. The program moved at a good pace and by 7.50pm viewers had seen the pairing of the first couple.

Seven then went with Gordon Ramsay early in the night with 262,000 watching 24 Hours To Hell And Back.

A Current Affair featured an interview with new prime minister Scott Morrison with Tracy Grimshaw visiting his Sydney home. The segment was pushed back in the episode with Steve Marshall leading with a story about a fake dad fiasco. The packed episode did 828,000 after an average last week of 723,000. The Block followed with the Blockheads getting worked up about a proposed swimming pool. The Monday episode did 1.06m after 1.08m a week ago.

The trailers for Doctor Doctor were making some pretty big claims about the episode this week and the audience responded with 647,000, an excellent number now for drama at this time of night.

The Project featured Lawrence Mooney explaining how he will earn a living now that Malcolm Turnbull is no longer leader and is quitting the parliament. The episode did 554,000 after a week 35 average of 514,000 after 7pm. Australian Survivor featured another memorable tribal council with the wonderful Queensland builder Heath blindsided and sent home. With 12 left, could Benji really go all the way? The Monday episode did 640,000 after 674,000 a week ago.

Have You Been Paying Attention? laid on the big names last night with Jane Kennedy, Glenn Robbins and Celia Pacquola joining Ed and Sam. The episode did 774,000, down a little on last week’s 800,000. That was still enough to easily win the timeslot and to rank #2 25-54 for the night.

Another remarkable life was chronicled on Australian Story – from a homeless alcoholic living in the wild to his academic success, the program told the inspiring comeback story of forest-dweller Gregory Smith. The audience was on 694,000 after 642,000 last week.

Media Watch then did 544,000 with an item about product placement on Neighbours.