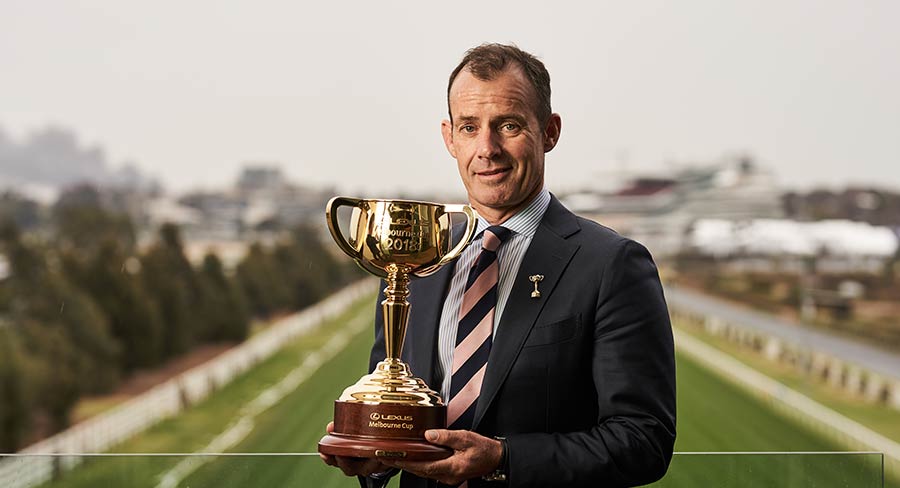 Ten’s Paul Anderson on The Cup: “We haven’t paid too much”

• What did the VRC in Ten see that Cricket Australian couldn’t?
• “With the Melbourne Cup we have three of the biggest sport days of the year”

Some of the speculation around Ten Network’s $100m Melbourne Cup Carnival deal suggested that the broadcaster has possibly paid too much.

Mediaweek asked Network Ten CEO Paul Anderson if he needed this badly enough to pay over the odds.

“Some of those comments have come from our competition [Seven Network], which has missed out. We don’t feel we have paid too much.

“This is one of the most prestigious events on the calendar. In terms of horse racing, this is really the jewel in the crown.

“It gives us the opportunity to play in a range of advertising spaces where we haven’t had a big presence in a meaningful way previously.

“This isn’t just about one week. We want to bring Cup Week to life right across the year and we are working with the Victorian Racing Club [VRC] to do that.”

Anderson denied it would necessarily be a loss leader. “There is a general feeling that all sports are loss leaders. You need to look at these in a holistic manner and the Melbourne Cup Carnival allows us to play in the wagering space. This will open a whole lot of opportunities for Ten right across our platforms for the programs and talent.”

Anderson said he and director of revenue Rod Prosser have a strategy of getting the investment back. “To drive any advertising you need to have good properties that have the ability to work for advertisers. MasterChef is a great example in general entertainment and the Melbourne Cup Carnival is one of the best for sports.”

Ten’s recently appointed head of sport Matt White told Mediaweek how keen the broadcaster was to rebuild a solid stable of sports content. This goes a long way to getting Ten back in the game.

“It certainly does,” agreed Anderson.

“In terms of television events we have the Australian Grand Prix and the Bathurst 1000 and now with the Melbourne Cup we have three of the biggest sport days of the year.”

Seven hasn’t completely missed out – its Racing.com subsidiary has acquired rights to screen live coverage of all races on its channels and the Racing.com app. Racing.com pays Network Ten for those rights.

After Ten went very close to acquiring cricket rights earlier this year, Mediaweek asked Anderson what the VRC saw in Ten that Cricket Australia passed on. “Very good question,” he said. “The VRC has its own strategy to grow its Carnival outside of the sport. That is becoming a trend for a lot of sports these days. They want to grow through entertainment, through fashion and many things that are ancillary to the horse racing carnival. They have had the courage to chase their strategy and do something different.

“We have proven we are a very good partner for sporting bodies.”

So what is next on Ten’s sports shopping list as it continues to benefit from CBS’s increased level of investment? “We need to go and have a lie down first,” Anderson laughed. “It has been a very busy few days, but we couldn’t be happier.”