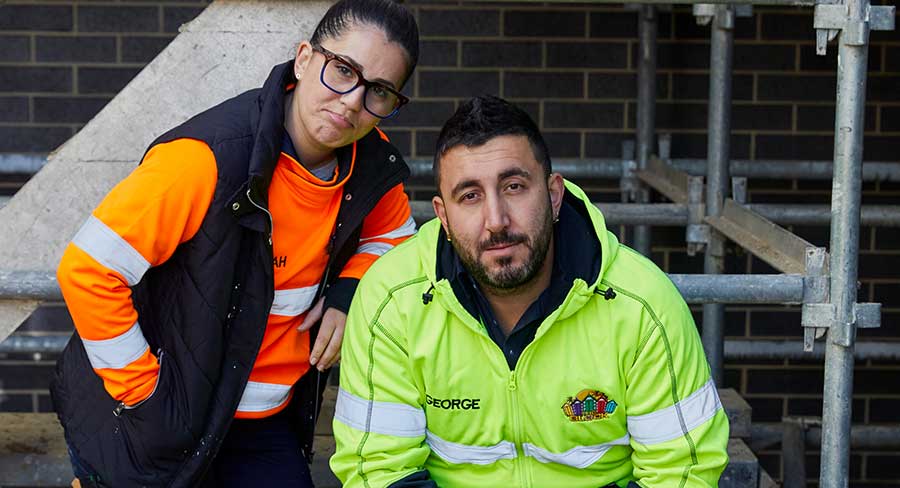 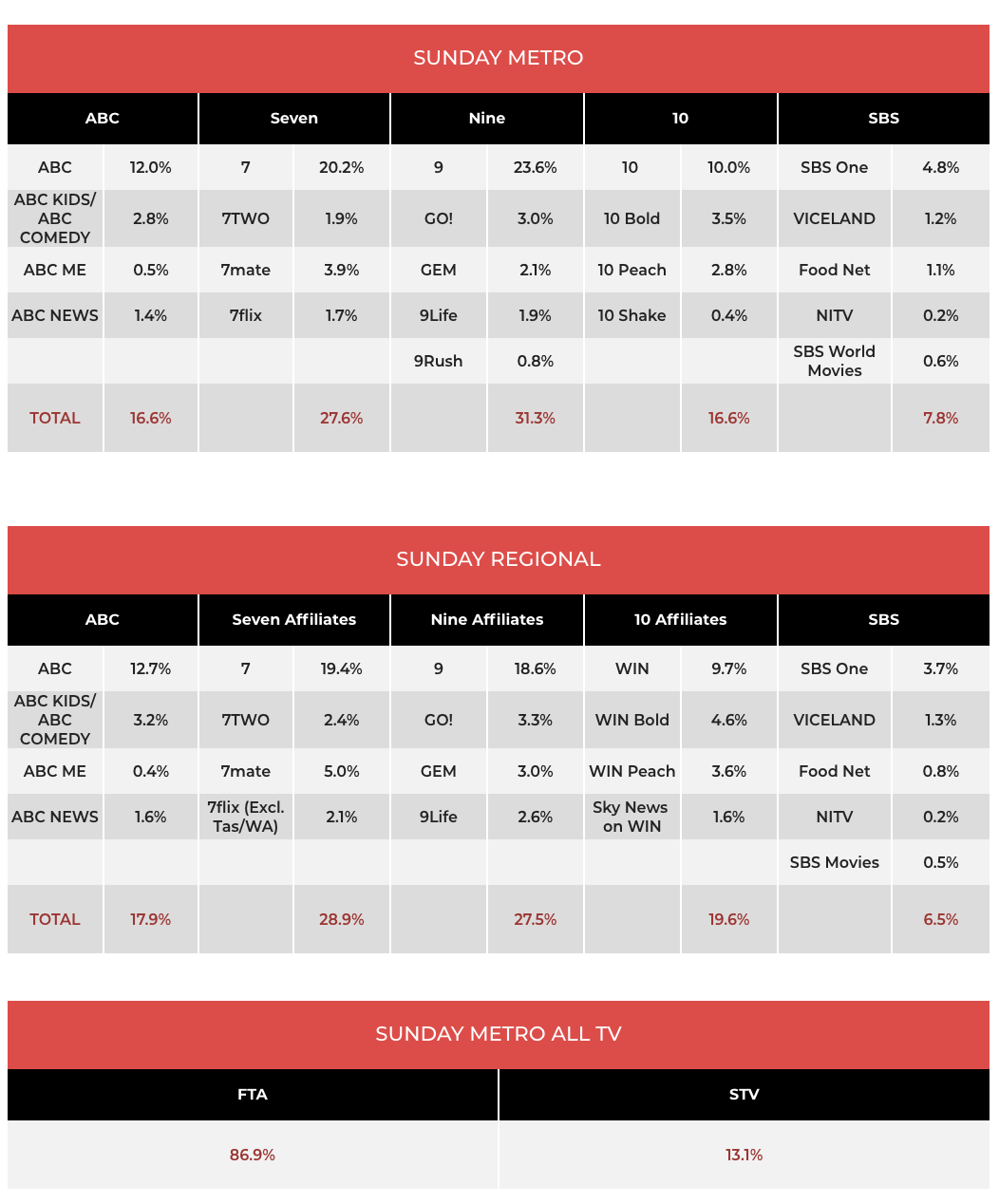 Seven: The final of the three-part The All New Monty: Guys and Girls finally got to the girls. The first week finished with the guys giving the girls a preview of their show (keeping their pants on) and then the second week finished with the guys strutting their stuff for the public (pants definitely off!). The girls pulled an audience of 800,000 for the performance (the men did 805,000 a week ago) with 717,000 watching the first part of the episode after the first two weeks were on 781,000 and then 758,000/805,000. Seven protected their audience from nudity though with both strips pixelated at the climax.

A Seven news special followed called Surviving the Crash. Seven had success with a Sunday night special during the GFC with Kochie hosting with huge audiences. Last night 7NEWS political editor Mark Riley and network finance editor Gemma Acton were moderating a panel that attracted an audience of 315,000.

Nine: The Block saw the teams present their bedroom and bathroom to the judges during a period that was interrupted by the Covid-19 site shutdown. Luke and Jasmine won with the first perfect score of 30 for this season. Harry and Tash had a shocker, well behind the others on 23.5 after the judges discovered a crooked wall which means they have to redo the room. The audience of 928,000/997,000 comes after 986,999/1,032,000 a week ago.

60 Minutes followed with Liam Bartlett reporting on the man Australia now knows is the Claremont serial killer who used to call himself the Bogeyman to people he met online. On Thursday, Bradley Robert Edwards was found guilty of murdering two young women in the mid-1990s. The judge at his trial said it was likely that he also abducted and killed a third woman, but because her body has never been found there was not enough evidence for a conviction. The episode just made it over 500,000 after 699,000 a week ago.

10: The Sunday Project featured a diverse offering again from Tommy Little’s interview with Machine Gun Kelly to Lisa Wilkinson’s chat with Sam Neill who narrated the Lindy Chamberlain documentary on 10 last night. The 7pm audience was 379,000 after 401,000 a week ago.

Lindy Chamberlain: The True Story Part 1 followed The Project and the Easy Tiger/Empress Road production found a disappointing crowd of 365,000 up against some proven performers on Seven and Nine. What the doco did was push 10’s Sunday primary share just into double figures, something it hadn’t achieved for the previous nine weeks. Lindy Chamberlain also improved the channel’s performance in the timeslot where Family Feud had been under 300,000.

Meanwhile 10 Shake launched yesterday with a day one primetime share of 0.4% taking 10’s network share to 16.6%, also its highest Sunday figures in nine weeks. The new channel’s most-watched show on day one was an episode of Lip Sync Battle in the early evening.

ABC: Part two of The Rise of the Murdoch Dynasty was called The Rebel Alliance and had 433,000 viewers after launching last week on 548,000. Former News Corp executive Les Hinton didn’t hold back with comments about The Guardian and its coverage of the company. 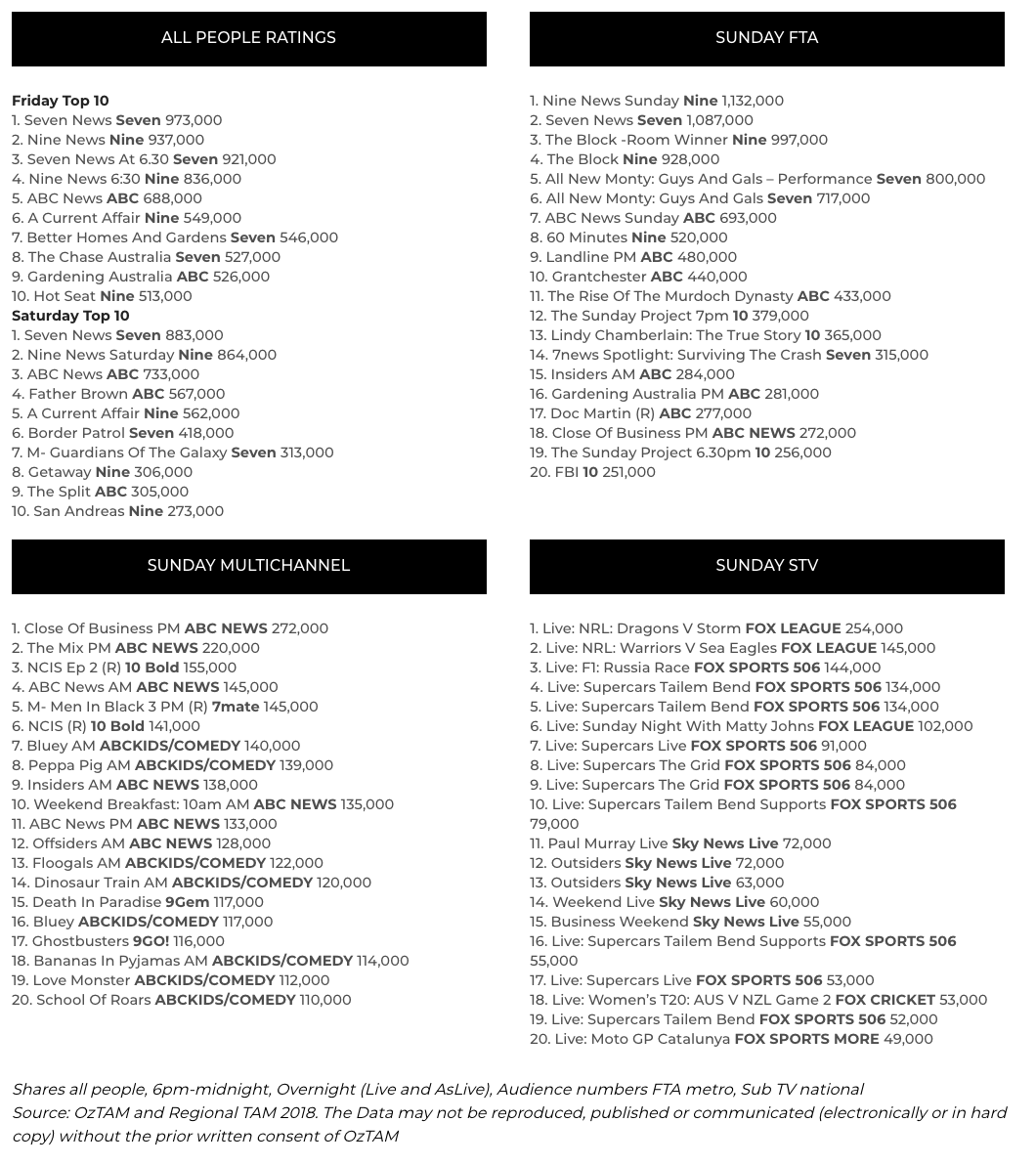