• Classic Hits 2CH will move from AM to DAB+ on 17th October.

After more than 78 years behind the microphone, the legendary Bob Rogers has made the difficult decision to hang-up his headphones.

After 23 years’ presenting mornings on 2CH, a health scare saw Bob hand his microphone over to Tim Webster in 2018, but he continued his highly successful Saturday night show Reminiscing. This year marks Bob’s 25th year at Classic Hits 2CH.

Bob’s retirement, marks the end to a broadcasting career unapparelled in Australian and international radio history. It coincides with the change of ownership at the station as Crocmedia takes over and 2CH moves to DAB+ later in October. The old 2CH AM frequency will become SEN 1170 Sydney in mid-October. 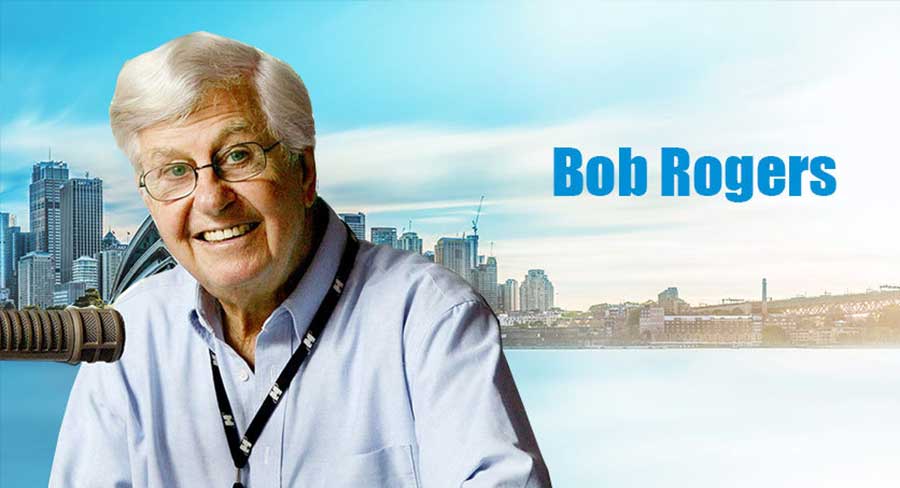 Bob Rogers began his career in 1942 in Melbourne at 3XY as a panel operator, moving to Mildura with his first job as an announcer, he then went to Hobart, and learnt how to be a disc jockey. After smuggling in a record from the USA: Vaughn Monroe’s Ghost Riders in the Sky and playing it, he got a huge audience reaction and Bob quickly learnt if he could play hit music he could get more listeners and be different from everyone. Thus, the beginning of the ‘Radio DJ’.

He then went to Brisbane’s 4BH and in 1957 he was the first person to discover Slim Dusty and play Pub with No Beer.

Between 1958 and 1962 Rogers presented Australia’s first Top 40 show on 2UE, and was Australia’s top radio DJ for the next eight years. What no one remembers is John Laws was his news reader on 2UE.

It was there that Bob and John began a feud that lasted until 2019, with both only recently burying the hatchet. The reason for the feud is too long to tell however maybe one day Bob and John will share this story.

In 1962, Bob joined Sydney’s 2SM and his show was an instant success shooting straight to number 1. Because of his success, Bob was chosen to cover the Beatles on their tour across Europe, Asia and Australia, this is when he was officially named as the Fifth Beatle.

It was 1976, Bob wrote Rock and Roll Australia, the birth of the Australian rock industry.

In 1995, Rogers accepted an offer from station owner John Singleton to join 2CH and this is where he will end his amazing 78-year career.

Bob will say his goodbyes to his extensive and loyal audience on Reminiscing Saturday 3rd October 6pm to 12 midnight. His final show will be filled with tributes from celebrities, the music industry, fellow broadcasters and his own Classic Hits 2CH team.

“I have absolutely loved my time in this industry – I have met so many wonderful people and built such a treasured connection with my listeners and team, but at my age (93 years) I feel it’s the perfect time to say goodbye and hand over the microphone to my fellow presenters,” Bod said.

“I wish to thank my devoted and brilliant producer Gary King, my general manager Cherie Romaro and my fellow presenters, Tim Webster, Chris Kearns, and Trevor Sinclair. I will miss radio, my listeners and my work friends, but it is time,” he added.

2CH’s Cherie Romaro paid tribute to Bob: “I have worked with Bob for a relatively short time, but I quickly learnt there was no other radio presenter like Bob Rogers his preparation and devotion to his listeners is second to none. Bob will leave a lasting legacy, not only at Classic Hits 2CH but the entire Australian broadcast industry.

“He is a legend in the truest sense of the word, and I was privileged to be able to witness him at work firsthand. He will always be remembered as one of the best at his craft. There will never be another Bob Rogers,” she said.

Classic Hits 2CH will move from AM to DAB+ on 17th October.