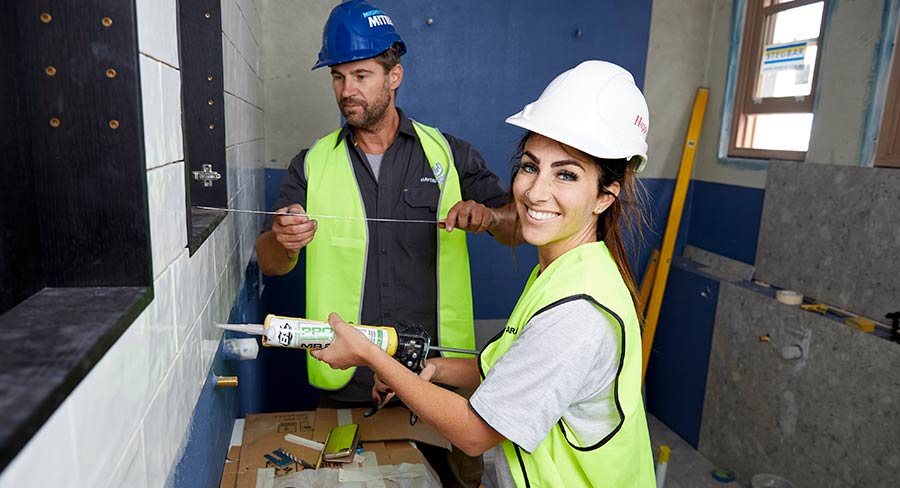 A Current Affair was on 817,000 after Monday night’s 832,000. The stories ranged from a self-styled Islamic leader to how to grab a TV bargain in time for the football grand finals. Tech specialist Charlie Brown highlighted more affordable 4K TVs.

The budget board came out on The Block with Scott Cam and Sarah Armstrong taking the Blockheads through how much cash they had to finish the nearly complete apartments. There was subsequently a challenge later in the episode where the cash-deprived managed to win most of the money. And for those who stayed with the show there was an arrest too of a couple of tradies! The Tuesday episode did 978,000 after 984,000 a week ago.

A grand final preview edition of Footy Classified with Eddie McGuire as the guest did 179,000 in three metro markets with 123,000 in Melbourne.

The Project’s guests included Merrick Watts and then there were fascinating interviews with the authors of a new book about Michael Hutchence – his sister Tina Hutchence and rock music writer and former music industry executive (and former Mediaweek contributor) Jen Jewel Brown. The book is called Michael: My Brother, Lost Boy of INXS and Lisa Wilkinson interviewed Tina Hutchence. The episode did 511,000 after 7pm.

It was goodbye to Survivor’s Steve Willis as Commando failed to make the final six after 42 days on the island. Brian Lake is now the only male left in the game as he avoided any votes again at Tribal Council – winning immunity will do that for you! The episode did 696,000 ahead of the start of the penultimate week of the reality format.

The well-promoted Exposed: The Case Of Keli Lane was free of tabloid exploitation as Caro Meldrum-Hanna carefully interviewed Lane’s parents and tried to find friends of Lane to speak with. The intriguing first part of the three-part doco series did 560,000.

How does the next generation plan to make a go of life on the land? was the question posed on Insight with 196,000 watching.