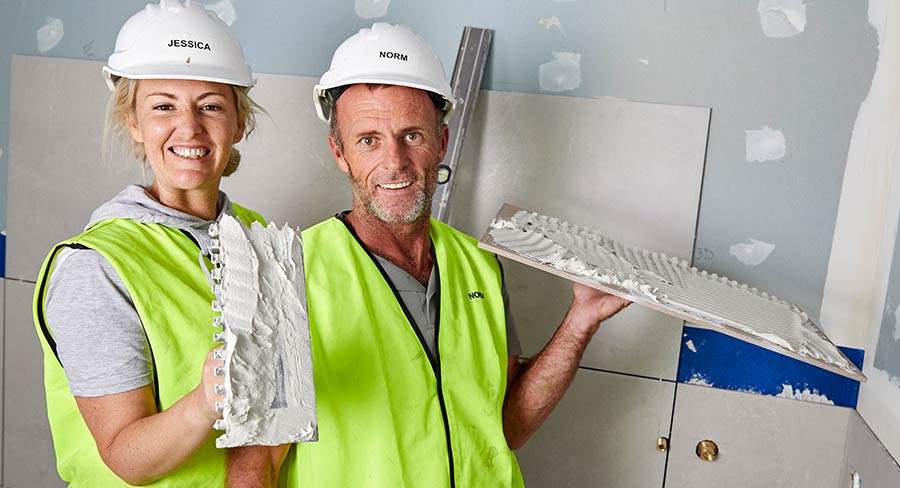 • Nick and Cass get wet and wild on The Bachelor, Playing For Keeps premieres
• Nine #1 primary channel and The Block #1 non-news show The channel had the winning primary share of 20%. Its reality renovating show, The Block, was the most-watched non-news program on telly last night with 881,000 watching.

Challenge day on The Block turned out to be the lovechild of My Kitchen Rules and MasterChef Australia. The contestants were required to cook for 100 people. Each team had to sell 20 tickets each for a charity lunch function.

The My Kitchen Rules factor was that the Blockheads used their newly built kitchens to prepare meals for guests and the MasterChef factor was the sheer volume of people they had to cook for.

The lunch menu was paradise curry, zucchini slice, spaghetti and meatballs, soba noodle salad and curry in a hurry.

Jess and Norm’s curry won the hearts of the mystery judges. As a result, the Gold Coast couple added $5,000 to their renovating budget.

Wednesday night on TEN is Bachelor night. The show was once again TEN’s most-watched program. An audience of 854,000 finally saw Cass go on a single date with Nick “Honeybadger” Cummins. The fact that she has had a brief fling with him outside the show has been well documented by this point and she has left no stone unturned in letting Australia know that she has strong feelings for the Honeybadger – in fact, according to the human lie detector from last week, she may already be in love.

Cass has waited so long for this date that she, in her own words, “can not breathe”.

Nick and Cass spent their day getting wet and wild at Sydney’s Wet’n’Wild. At the end of the date, Cass asked Nick the big question (again): “Do you have any feelings for me?” After she received a vague response, the date ended with a kiss and a red rose.

One of the intruders of this season, Jamie–Lee, was sent home at the rose ceremony.

However, it wasn’t all about The Bachelor on TEN last night. Its newest Australian drama Playing For Keeps  premiered. The first episode had 583,000 watching.

Shaun Micallef’s Mad As Hell was the channel’s most-watched program with an audience of 684,000. It ranked #8.