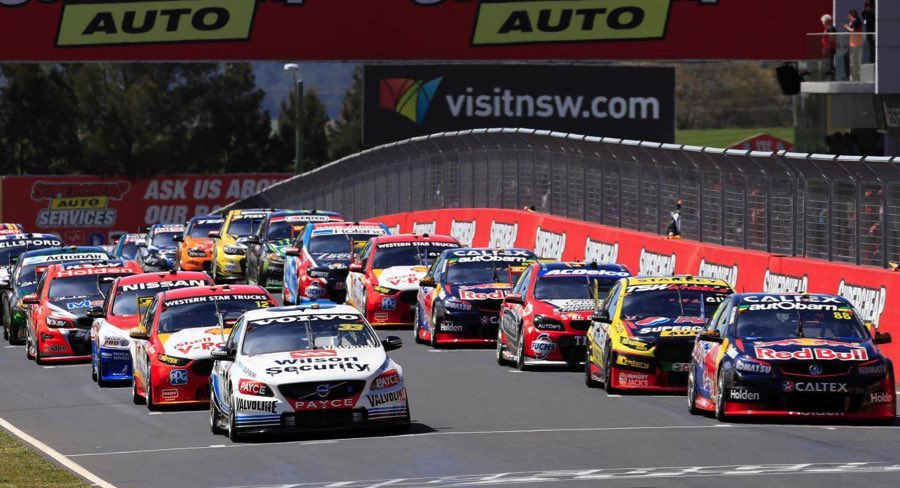 The announcement comes after intensive testing at the RABBLE.club Sandown 500 last weekend.

The announcement comes after intensive testing at the RABBLE.club Sandown 500 last weekend.

Foxtel will show key events of the Bathurst Supercars weekend, including a Sunday replay of the Top Ten Shootout immediately before a live broadcast of Sunday’s main event, both in 4K and, for the first time ever, with no ad breaks during racing.

Foxtel CEO Patrick Delany said, “When we announced Foxtel in 4K a month ago we challenged ourselves to bring it to life as soon as possible and after an incredible amount of work we are delighted to bring Australians Bathurst like never before.

“We did a full test at Sandown last week and the pictures leapt off the screen in 4K. It was amazing – we are ready to go for Bathurst.

“It’s fitting that we will ring in a new era in Australian television with an event as big as the action at Mount Panorama.”

The 4K coverage of the Supercheap Auto Bathurst 1000 can be seen on Foxtel’s 4K channel 444, which will launch on October 3.

The action will rev into gear on October 7 with a replay of the Top Ten Shootout that will decide which Supercars driver will start on pole position, followed immediately after with the Supercars Great Race over 161 laps (1,000km) live and in 4K.

Foxtel subscribers can get the complete coverage of the event including every practice and qualifying session, uninterrupted and in HD on Fox Sports 506. It will switch to becoming a Bathurst dedicated channel on October 1.

Delany said: “The Foxtel 4K channel is included in the price of our HD offering for sports subscribers and above, and adds even more value for our HD customers. They just need to upgrade to the iQ4 set top box. With time running short, it’s important to book now so that you have the iQ4 ready to go for summer.”

Foxtel’s 4K channel comes as part of a Foxtel Platinum HD or Foxtel Sports HD subscription for customers with an iQ4.

Supercars CEO Sean Seamer said: “Supercars is a sport of colour, sound and movement,” he said. “The cars, the action, excitement and the colour of this iconic Australian event will be captured like never before. We couldn’t be any more excited.”

Over the next 12 months, Foxtel will continue to expand the selection of 4K content for subscribers, including the Australian 4K debut of live Cricket, which kicks off with Australia v South Africa on November 4, as part of the Gillette ODI Series.