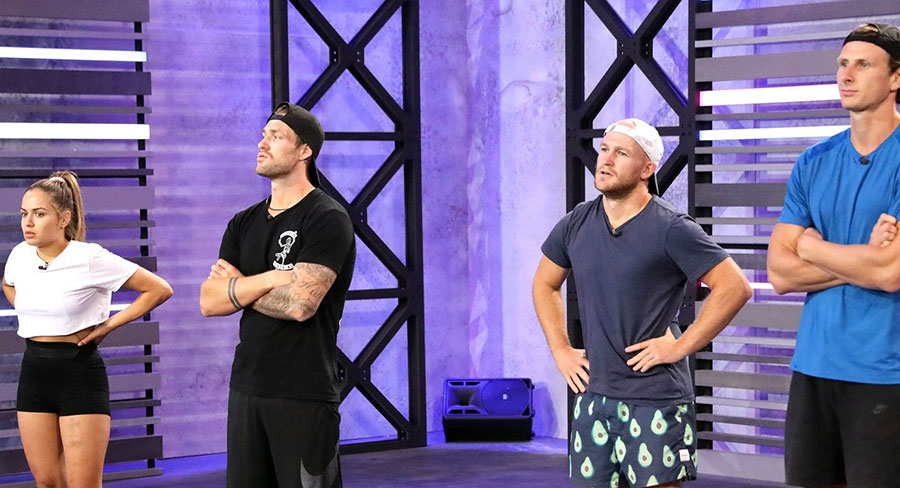 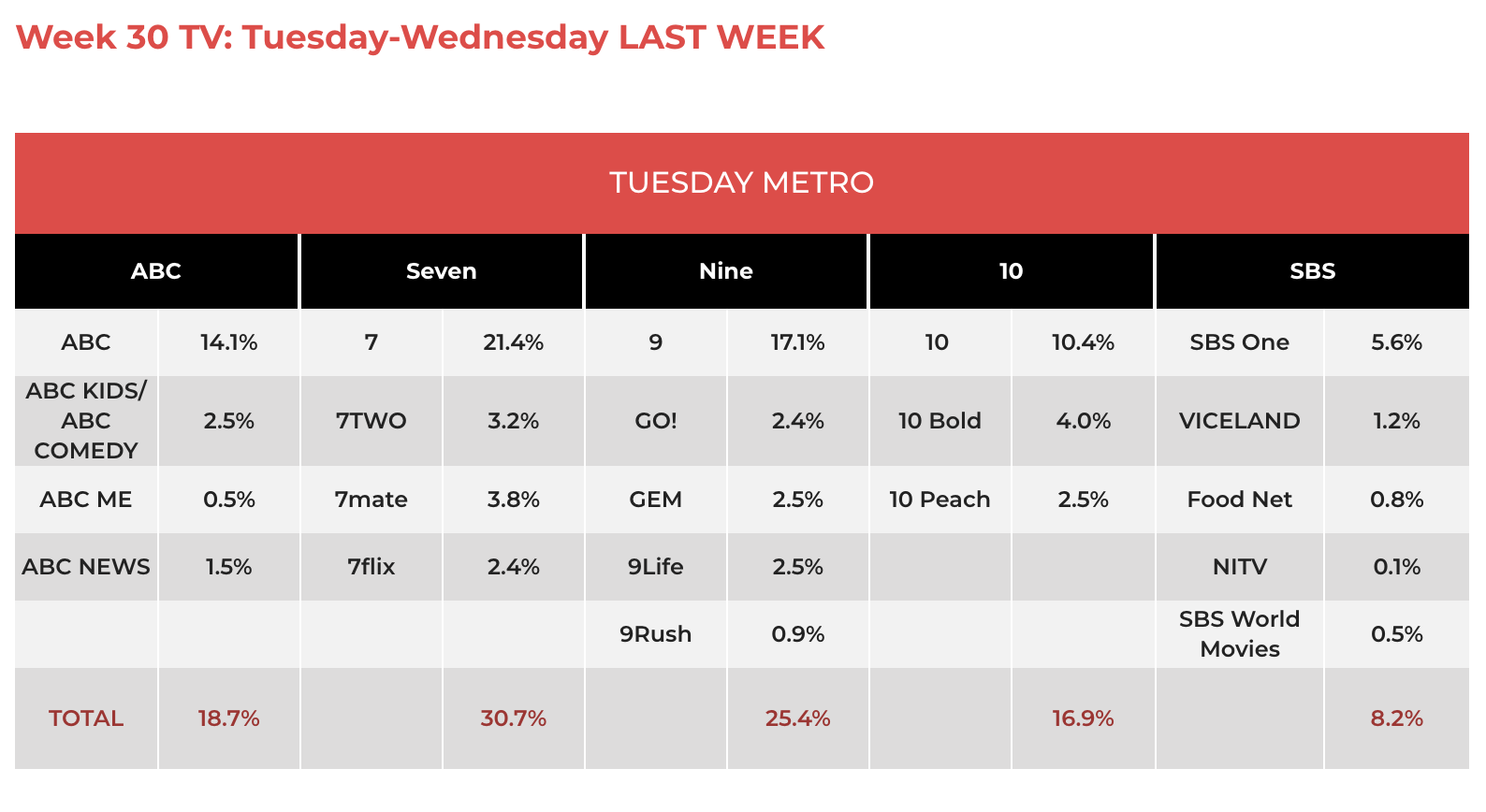 A highlight of the night was a win for Seven off the back of a strong 832,000 audience for the penultimate episode of Big Brother Australia. It was the #1 non-news show last Tuesday and ranked #1 in key demos. It was the biggest audience for an episode of Big Brother on Seven since launch week when the first two episodes delivered audiences of 931,000 and 877,000 (launch episode and first eviction) and 841,000 (Tuesday eviction).

The launch episode of Shaun Micallef’s On the Sauce did 661,000.

The Seven News special hosted by Michael Usher, In the Blink of an Eye, did 482,000. 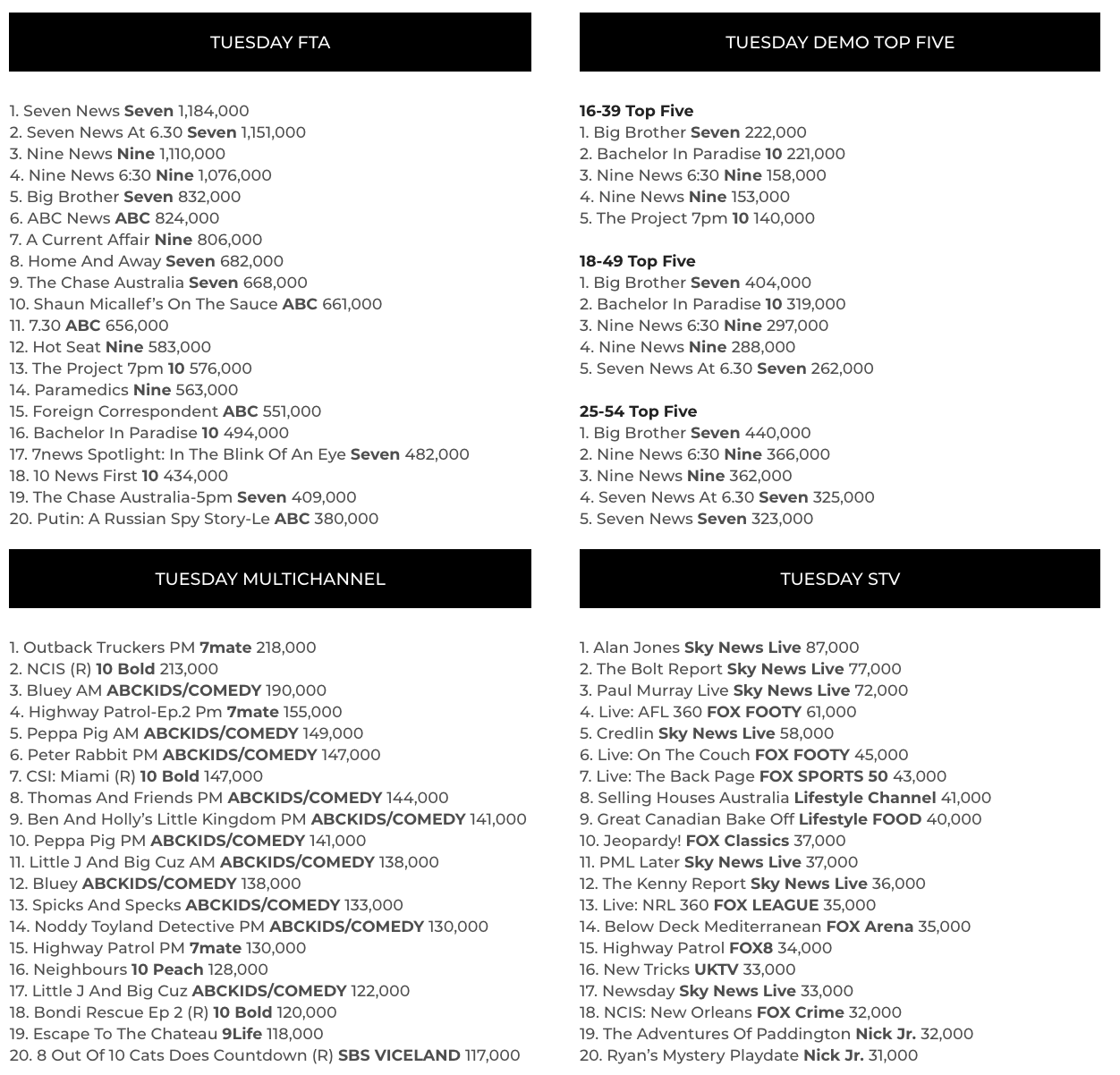