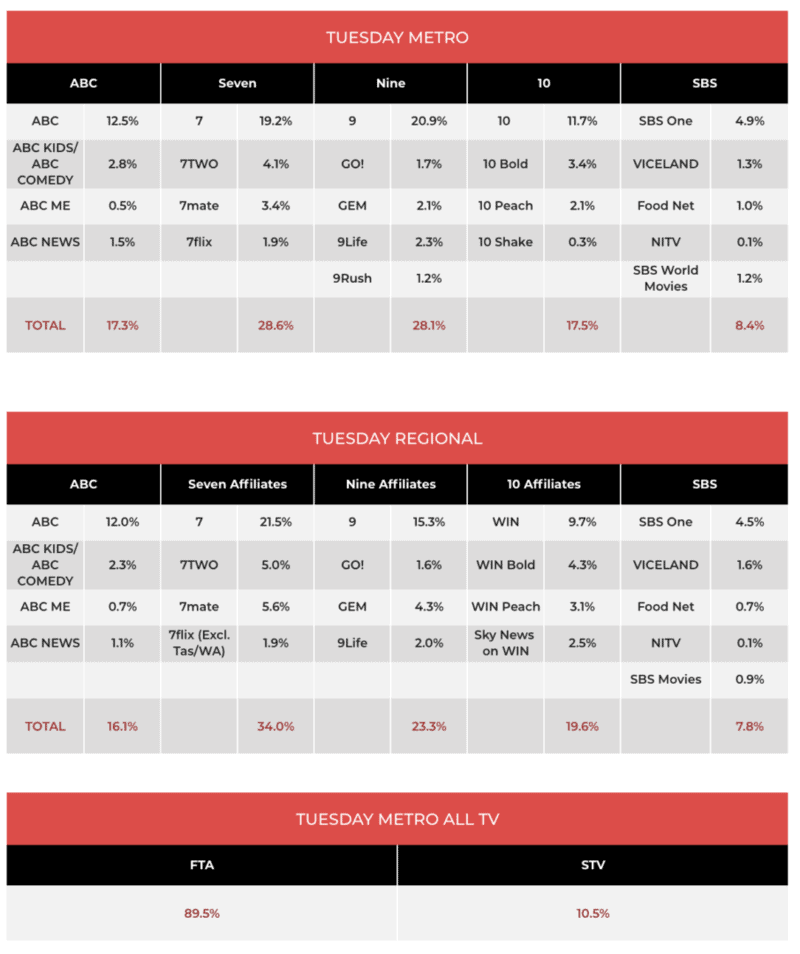 Episode four of SAS Australia and the third withdrawal from the series. It looked like Firass or Jackson would be going home, but it turned out to be former fast bowler Mitchell Johnson. The series ended its second week on 676,000, its first time under 700,000.

The Tuesday movie was 2018’s The Meg, an encounter with the largest marine predator ever, a giant shark, with 287,000 watching.

The Block chronicled the challenges of installing gardens and facades on the Brighton houses. Everybody had their challenges, particularly Harry and Tash plus Sarah and George. The Tuesday episode was on 819,000 after 793,000 a week ago.

10: An audience of 496,000 watched Waleed Aly questioning Fiona O’Loughlin about her autobiography. She didn’t seem to fully grasp his question about whether we should be believing her this time about her sobriety. “I don’t really care,” she replied. A strange response on a publicity tour to get people to invest in her story.

Noodles were on the menu in the Junior MasterChef kitchen with 474,000 watching after 470,000 on Tuesday last week.

A repeat episode of Ambulance Australia was then on 317,000.

The final episode of Big Weather (And how to survive it) saw host Craig Reucassel learning about surviving raging floodwaters. The episode ended with Reucassel recapping some of the learnings from the three episodes and then sausages on the grill at a community BBQ. The series ended on 411,000 after 369,000 and 468,000 for the first two episodes.

Then followed an episode of Insight about Family Estrangement which was on 193,000. 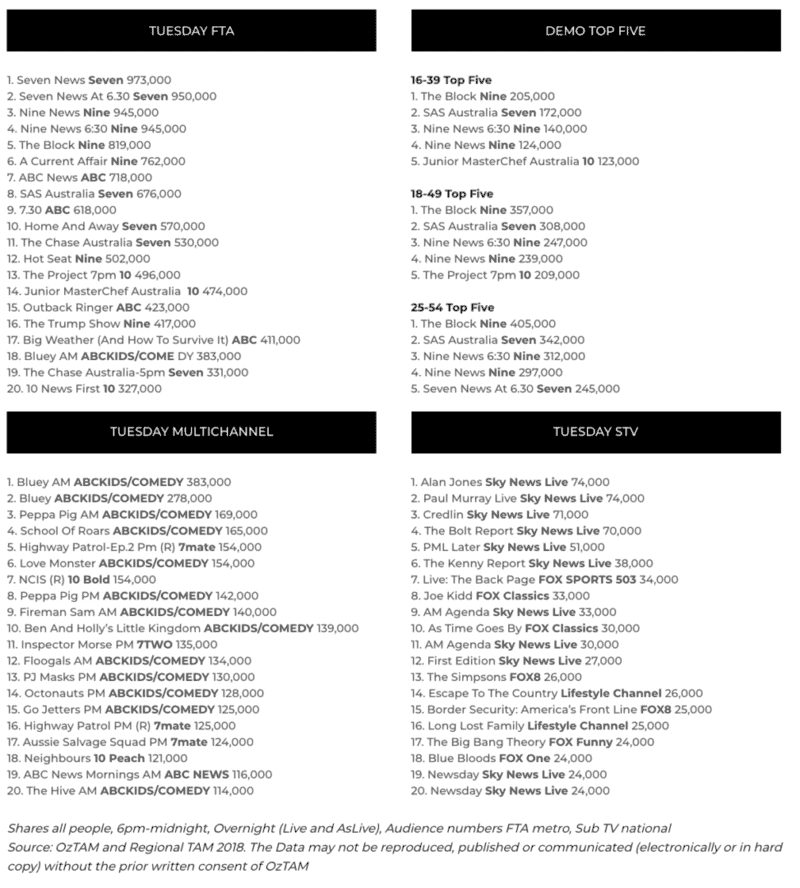