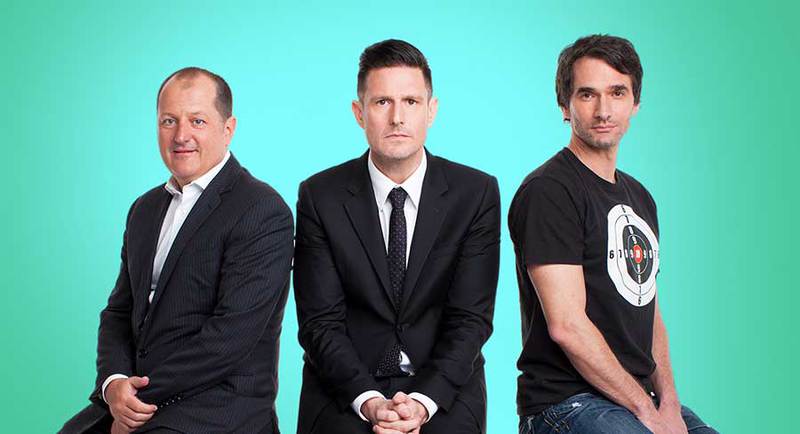 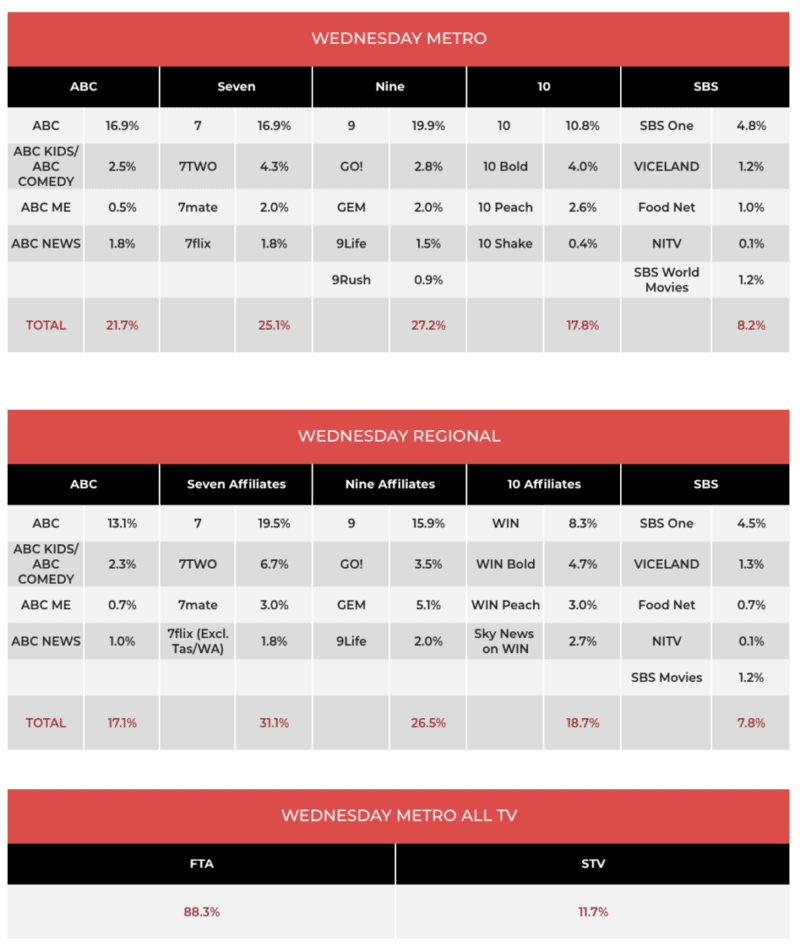 The midweek movie was the 2017 superhero ensemble piece Justice League with 265,000 watching.

Nine: A Current Affair went from 816,000 on Monday and 762,000 on Tuesday before the show delivered an audience of 692,000 on Wednesday. Host Tracey Grimshaw spoke with a Northcote bar owner about the opening up of the city after the long Melbourne lockdown.

The Block continued tracking the progress on the front yards and facades with all teams making significant progress – except perhaps Harry and Tash where two steps forward seems to mean then another one back. After 808,000 on Wednesday last week, it was down to 762,000 last night.

The Chinese Takeaway was the witty name for the Australian Crime Stories episode about a Sydney bank job on New Year’s Eve in 1987. Former Nine Sydney reporter Steve Barrett was the first interviewee as he remembered a posse of reporters gathering outside the National Australia Bank in Haymarket after the heist was made public several days later. Not surprisingly the program also uncovered a possible link to Roger Rogerson. The episode did 333,000, just missing the midweek top 20.

10: Paul Hogan is on his book tour ahead of its release tomorrow and he guested with Peter Helliar on The Project with 483,000 watching after 7pm.

The Bachelorette featured a group date for the bachelors where they had to help with domestic duties and caring for kids. After 463,000 last week, this Wednesday was on 487,000.

Ranking #1 entertainment show last night, Gruen followed as part of a new hour with two CJZ productions back-to-back. Last night was arguably the best of the three new Gruen episodes of the new season. And boy, did Russel Howcroft get impassioned about the opportunities out there for Australian brands. Wil Anderson guided discussion around Bunnings and then Hugh Jackman and his association with RM Williams. The producers managed to track down the Perth composer of the Bunnings jingle and the apparently reluctant creative seemed to relish his appearance as he played the tune on the original keyboard he wrote in on.

The second CJZ program was the launch of Reputation Rehab with a look at Nick Kyrgios and the person behind the headlines. Hosts Kirsten Drysdale and Zoe Norton Lodge asked real people what they thought about “tennis’s bad boy”. They even managed to interview Kyrgios in his backyard. The launch episode did 567,000 to keep the ABC #1 across the hour.

Planet America had its penultimate episode before the election – Governor Howard Dean was John and Chas’s special guest. The audience of 476,000 must be close to its best ever.

SBS: Walking Britain’s Roman Roads started inside the Bath roman spa and featured a long interview between tattoo-covered host Dan Jones and an academic while they were both getting massages covered just with a towel. When he got dressed, Jones continued his trip along Fosse Way to the Cathedral town of Lincoln. The episode was on 199,000.

The final of the three-episode Australia Come Fly with Me saw host Justine Clarke looking at globetrotting migrants, Aussie’s love affair with Bali and the flying billboards for Aboriginal Australia’s artistic genius. The series wrapped with 191,000. 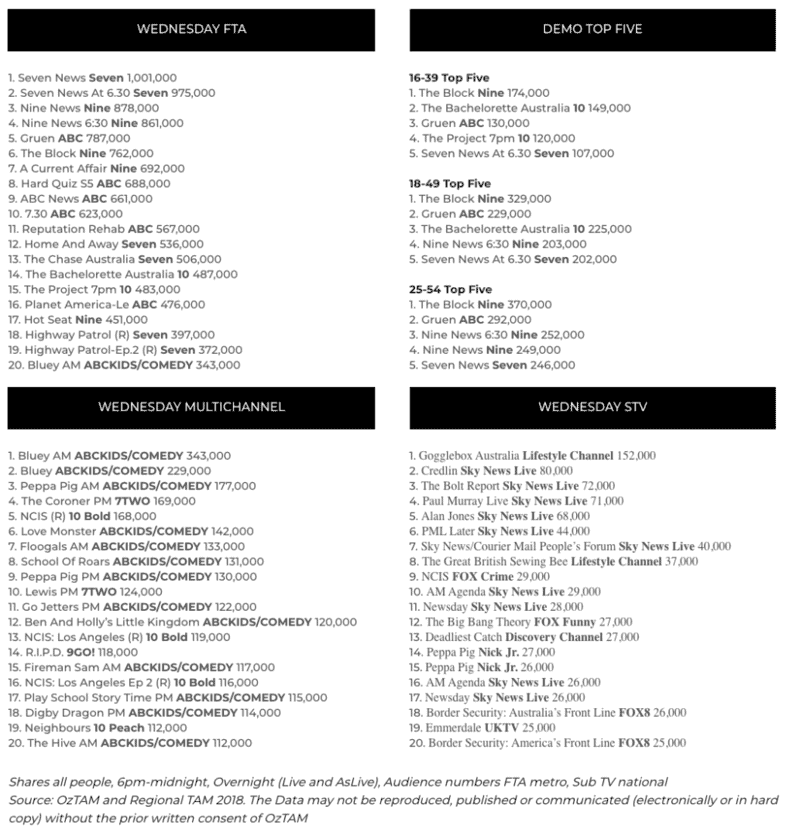