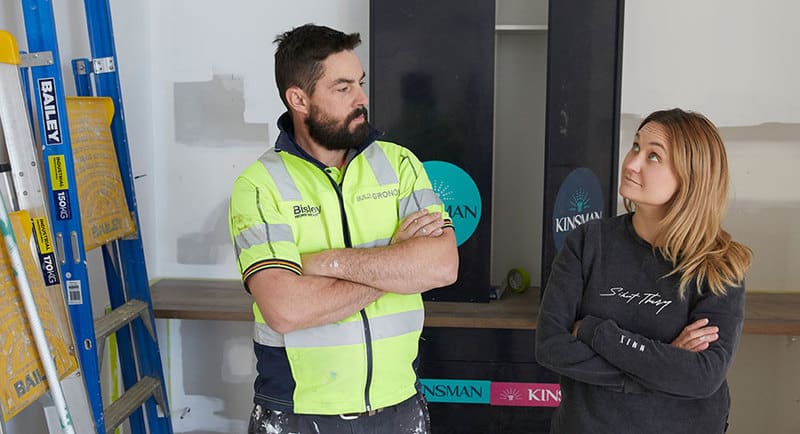 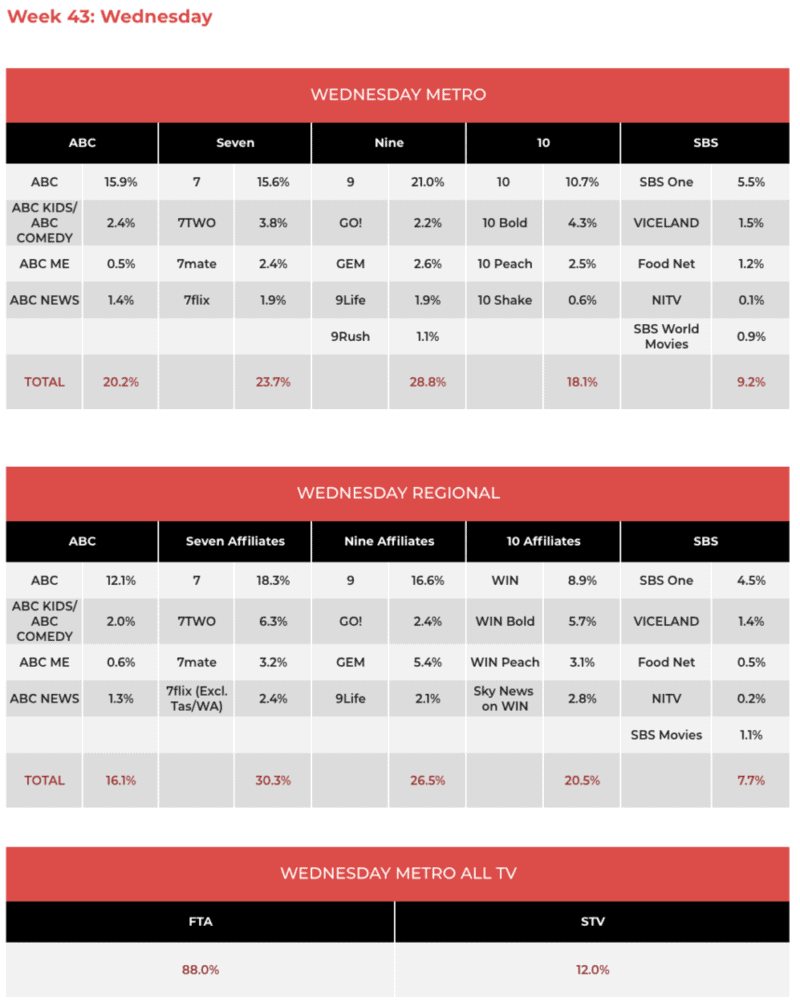 Highway Patrol’s two repeat episodes had audiences of 430,000 and 392,000 with Seven confirming yesterday new episodes would be part of the channel’s 2021 schedule.

Nine: A Current Affair stayed above 700,000 for a third consecutive night.

The Block chronicled how the Blockheads were dealing with the toughest week of the season with the results to be revealed on Monday with the NRL Grand Final on Sunday night. The Wednesday episode was on 809,000, up from 744,000 a week ago.

Australian Crime Stories has passed the halfway mark with episode six of 10 revisiting the attack on Melbourne’s Russel Street police HQ in 1986. The episode had an audience of 376,000, close to last week’s 383,000.

10: The Project featured Carrie Bickmore sitting down with Hollywood star Matthew McConaughey via video. After audiences above and below 500,000 so far this week, the Wednesday episode was on 457,000 after 7pm.

The Bachelorette featured Elly and Becky holding a fancy-dress group date at the mansion. There were 464,000 watching after 468,000 a week ago.

ABC: Hard Quiz contestants this week included specialists on Australian hip-hop and The Office. The audience was 671,000 after 757,000 a week ago.

Gruen spent a long time looking at an NRMA ad that went too far trying to ask people to make their properties bushfire safe on the first Saturday of every month. Meanwhile The Pitch questioned whether news should be free or behind a paywall. The huge crowd of 934,000 last week thinned a little to 738,000. That was enough to still rank as the #2 entertainment show for the night.

Utopia featured a cameo from Hamish Blake after bad news for the department was delivered at the Christmas party with 401,000 watching.

Planet America was the second last episode before the US polls close. Mary Trump was a special guest for the 402,000 watching. Chas and John then spruiked their election night two-hour special coming in two weeks. 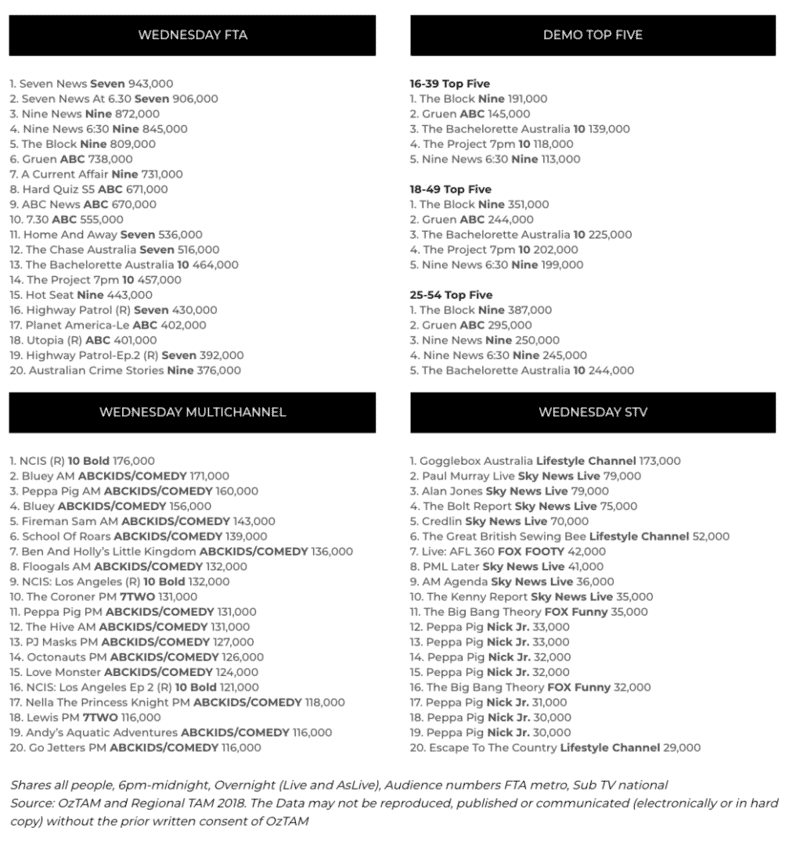