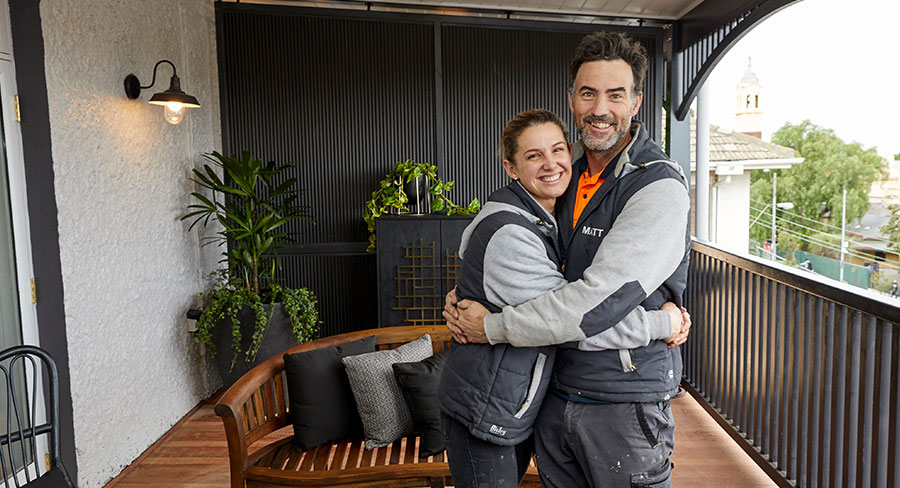 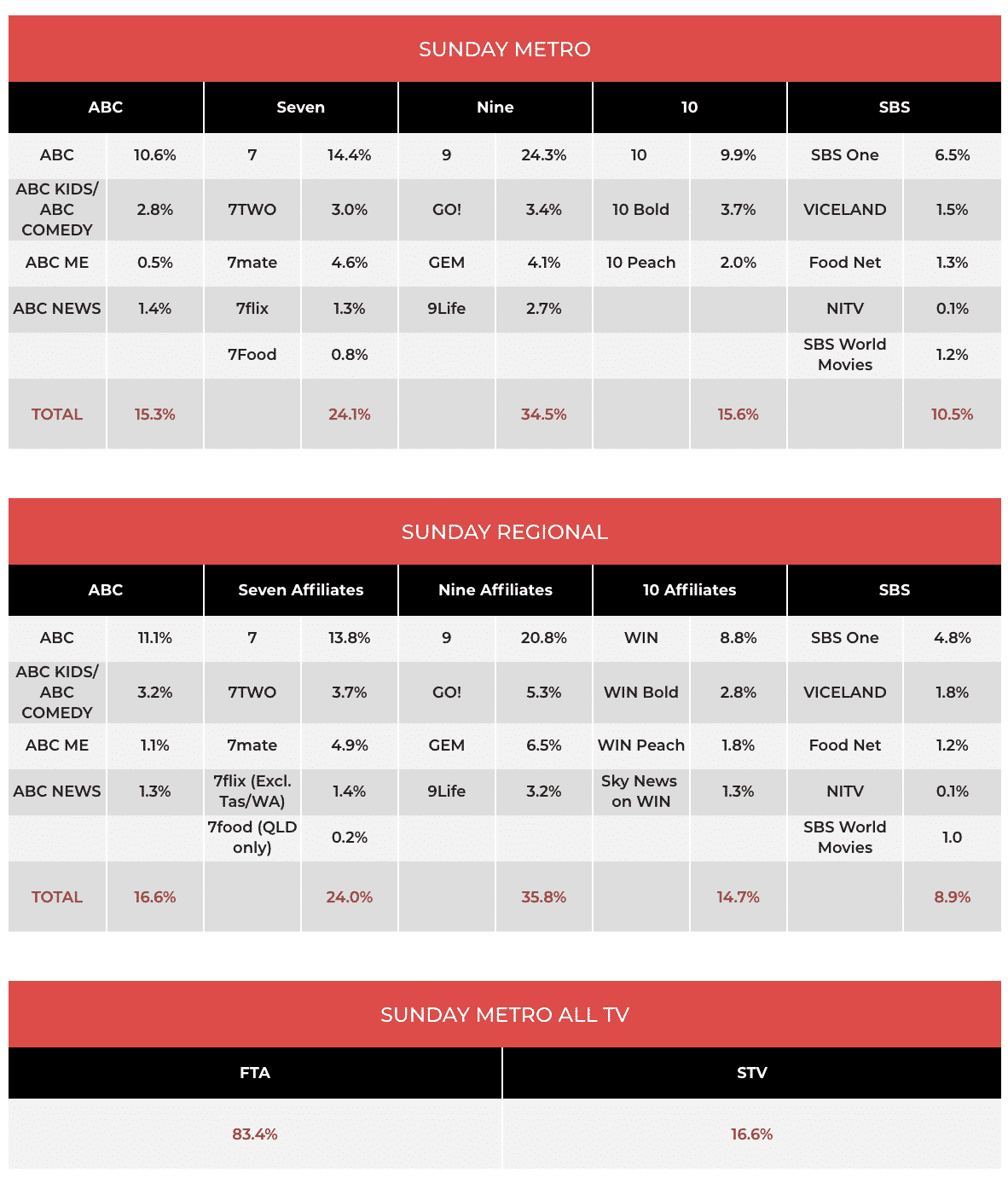 Going into Upfront week, the channel has recorded its smallest Sunday primary share since January.

Seven is giving the last few weeks of Sunday Night the timeslot it would have hoped for all along – Sunday 7pm. It did 398,000 last night, but that was down on last week’s 430,000.

Sunday night is where Nine is really getting its programming in order. It hasn’t had a Sunday share under 20% this year (and many well above), while Seven has had 25 Sundays under 20% so far.

Host Scott Cam broke the news to the contestants on The Block that if they were in last year’s series they would have finished by now! He then told them they have three more weeks of work ahead. The Sunday episode ranked #1 even well ahead of the 6pm news bulletins, with 1.097m.

The Sunday Project ended with an appearance from Trinny Woodall who is in Australia to launch her new makeup range. The episode did 363,000 which was 10’s biggest Sunday audience.

The Graham Norton Show was not far behind with 345,000 watching guests including Debbie Harry and Arnie.

The channel has recorded its best Sunday share since June thanks to a repeat of both episodes of Jumbo Jet: 50 Years in the Sky after 8.30pm. The average audience watching both episodes was 233,000.

Prior to that Great Continental Railway Journeys did 194,000. 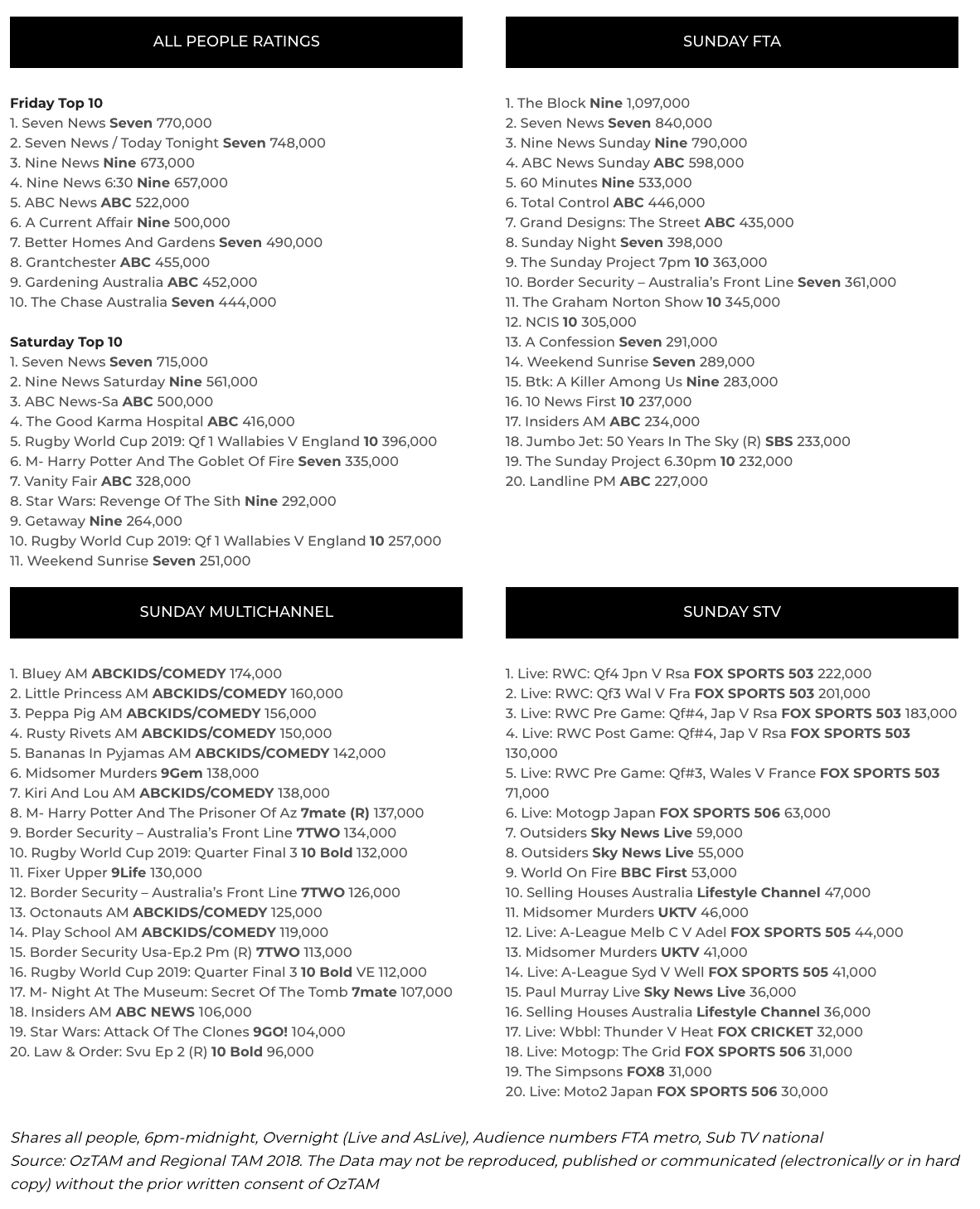