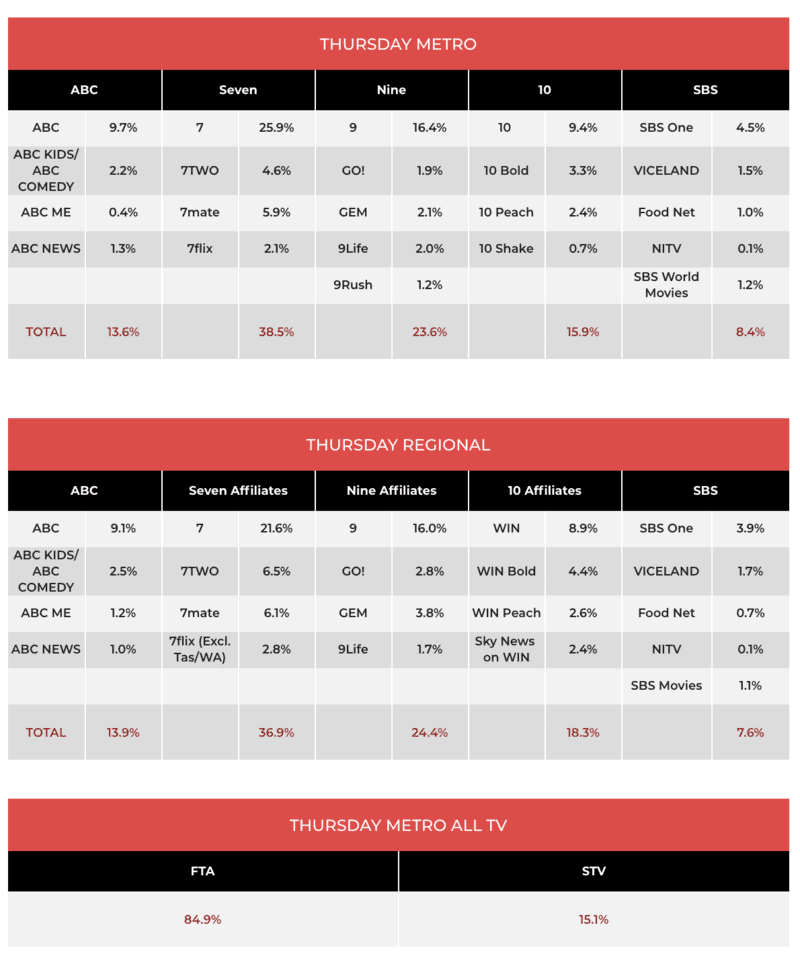 Seven: Home and Away got an outing across 90 minutes on the primary channel in Sydney and Brisbane and 7TWO elsewhere. The Thursday audience was 383,000 after a week high of 589,000 on Tuesday.

The AFL Qualifying Final between Geelong and Port Adelaide was Seven’s key to a Thursday win as an NRL-free evening on Nine was a gift to Seven. The match was even at half time, keeping audiences tuned into the second half although Port Adelaide got a second-half lead that was hard to haul back in a low scoring game. Port President David Koch looked well happy sitting in the stand beside long-time Seven West Media comms chief Simon Francis. The football had an audience of 918,000 with 497,000 in Melbourne and 183,000 in Adelaide. The result puts Seven right back on the Week 40 map after Nine won the first four nights. The clash was the second-best Thursday AFL audience ever.

Gogglebox was the highlight but it was boxed in behind The Masked Singer. After 654,000 last week, Gogglebox was on 475,000 last night.

ABC: Episode 30 was the season final of the second season of The Heights with an audience of 230,000 at 8pm.

Episode 60 of Escape from the City saw 236,000 watching a family considering a move to Gippsland.

SBS: Michael Mosley has been given a Thursday timeslot for a repeat of Queen Victoria’s Slum launching to 179,000 at 7.30pm.

Episode five of Secrets of the Tower of London then followed with 165,000. 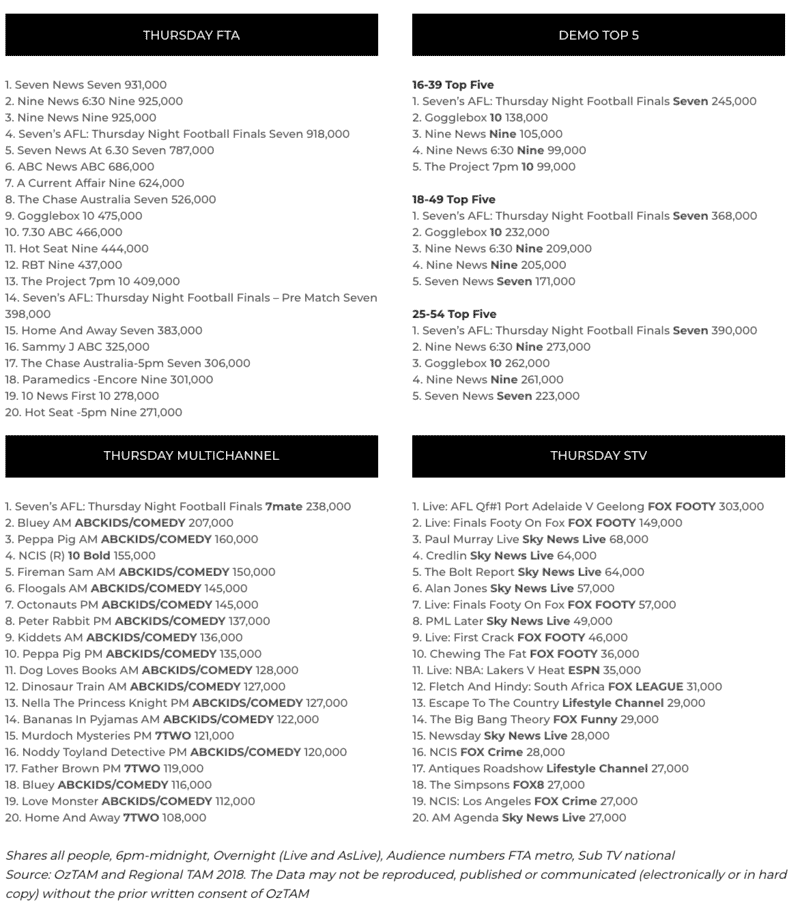