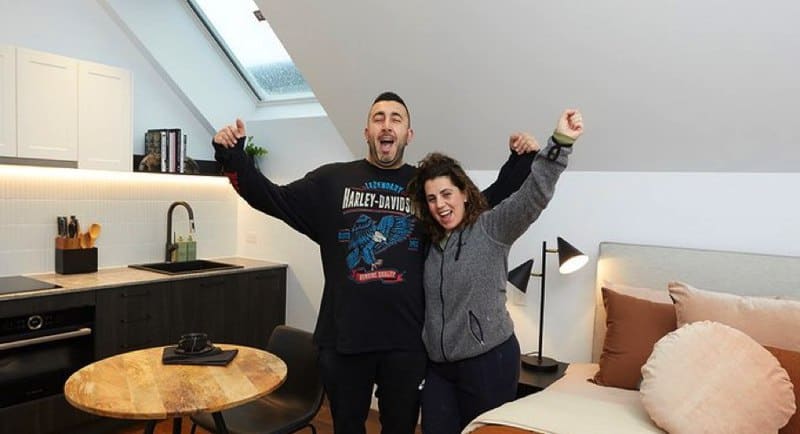 Seven then had an edition of The Latest on the US election result with live crosses to its reporters in the US. The program did 251,000 as a late edition to the schedule.

Nine: Nine has won 14 of the last 15 Sunday nights and it’s two final survey Sundays should perform well too thanks to what’s left of The Block.

Last night Jimmy and Tam seemed on top of the turmoil as week 13 of the series came to a climax with the finish of the final indoor areas on The Block. “Real estate gold” said judge Neale Whitaker as he surveyed the studio and garage space of one of the Brighton properties. Harry and Tash got some smart advice from host Scott Cam as they again struggled to finish, but they were in trouble with 24 hours to go. Jimmy and Tam scored a 10 from Darren Palmer for their gym, Sarah and George got a 10 too from Shaynna with Neale’s votes to announce the winner. He gave Sarah and George another 10 anointing them the victors. In last place again…Harry and Tash. The final week of work on The Block will be backyards and swimming pools with a Suncorp budget of $40,000.

The episode had an audience of just over 1m watching both parts of the reveal episode.

The penultimate episode of Junior MasterChef was just over 500,000 with the same audience it had a week ago. The episode cut the finalists down to three leaving Carter, Filo and Georgia to fight it out tonight.

ABC: Michael Rowland co-hosted the ABC 7pm news from Washington with help from ABC colleagues in the US – Zoey Daniel; David Lipson, Phillip Williams and Greg Jennett – plus Casey Briggs with the election map back in Sydney. In Sydney newsreader Juanita Phillips got to finish the bulletin for the viewers. The bulletin was in the top five for Sunday with 660,000

It was followed by an amazing $3m renovation of a huge hall in Ballarat on Restoration Australia with 522,000.

Next best was Railways of the Western Front at 8.30pm with DJ-turned-train buff Chris Tarrant on 178,000.