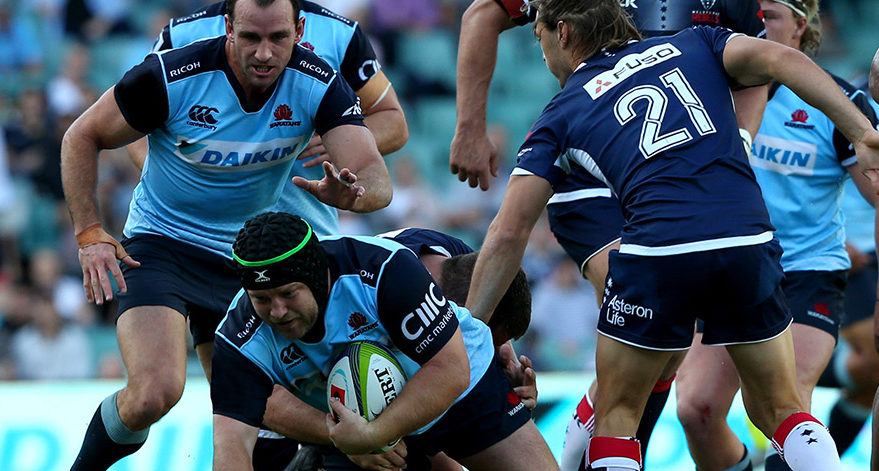 Spheria Asset Management holds a 7.8 per cent stake in Village, making it the second largest independent shareholder and a crucial voter at a scheme meeting later this month when the proposed $758 million takeover by Melbourne-based BGH, led by Ben Gray and Robin Bishop, is taken to a vote. Village’s other major independent shareholder, Mittleman Brothers, has publicly disclosed plans to block the sale.

Spheria portfolio manager Matthew Booker told The Sydney Morning Herald and The Age he did not like the bid on the table and said his firm had offered to recapitalise the owner of Sea World, Warner Bros Movie World and Wet N Wild if takeover talks fell through.

“We are unhappy with the price being offered by BGH,” Booker said. “We value Village north of $3 on a through the cycle basis and that’s without any takeover premium. We believe the majority of issues facing the company are temporary in nature and the bid is highly opportunistic.”

There’s been plenty of discussion about bonuses at government-owned corporations like the ABC and Australia Post, reports The Australian’s Nick Tabakoff.

Over at SBS, rich rewards seem to be a way of life, with seemingly dozens of executives making five or six-digit bonuses.

One lucky unnamed SBS executive on a base salary of $296,510 managed to make a whopping $113,000 bonus – or nearly 23 Cartier watches – on top of their base, according to the SBS annual report. That sent their total package for the year to June soaring above $445,000.

But that was just the biggest of a veritable bonanza of bonuses at SBS. Two more SBS staff on an average base salary of $265,000 sweetened their package with an average bonus of nearly $83,000 each – or nearly 17 Cartiers. That boosted their packages to an average of just under $400,000.

After an election day telecast that looked like it was going to stretch into a whole week, in the end it was all over in 16 minutes, reports The Sydney Morning Herald’s Michael Idato.

CNN was the first rolling news channel to take the step nobody seemed to want to take with host Wolf Blitzer calling the US election for now president-elect Joe Biden at 11.24am Saturday, EST (3.40am AEDT). Within minutes the broadcast networks NBC, CBS and ABC and the traditional line caller, the wire agency Associated Press, followed suit.

Over on Fox News, which has spent the last four years blurring the line between journalism and state-controlled media, the concession of President Donald Trump‘s defeat at the polls came more cautiously at 11.40am EST.

Remarkably, it has taken just over a year to cement its place as one of the nation’s loudest online voices, despite having a significantly smaller operation than its competitors. On YouTube, its videos have been viewed 500 million times, more than any other Australian media organisation.

Facebook posts from its page had more total interactions last month than the ABC News, SBS News, 7News Australia, 9 News and 10 News First pages – and they’ve had more shares than all of them combined.

Col Allan, the Australian tabloid wizard who was once seen in the New York Post newsroom wearing a Make America Great Again cap, will call an end to his career of more than 40 years at Murdoch papers in New York and Sydney, reports The New York Times and AP, in an item reprinted in Nine newspapers.

Allan, who was the Post’s editor-in-chief from 2001-16, rejoined the paper as an adviser in January 2019, just as the presidential campaign was underway. Since his return, he has had a strong hand in shaping coverage, several staff members said. He confirmed his planned retirement in an email interview.

“The Post is not perfect,” Allan said. “But it articulates a view that is not obedient to liberal orthodoxy. Therefore it is dangerous. I know where I would rather be.”

Several staff members said Allan had more or less run the newsroom since his return. “I have contributed little other than some minor advice,” Allan said of his work on the paper’s election coverage.

Over the past year, Allan has also worked closely with columnist Miranda Devine, a fellow Australian who joined the Post in time for the 2020 campaign. She has been an ardent supporter of the President and one of Biden’s fiercest detractors. She is the one who likened Trump to “an invincible hero” as he battled COVID-19 last month. And Devine described Biden’s candidacy as “an indictment of the entire Democratic establishment that has conspired to trick America into voting for someone incapable of being president”.

Allan said he would split his time between Sydney and New York. Asked if he had mounted his last stand, he replied “Like Custer!”

Kylie Minogue is on track to score her seventh No. 1 album in Australia, reports News Corp’s Cameron Adams.

Minogue’s 15th album Disco was released yesterday, with fans able to buy the album in formats including coloured vinyl and cassette.

If Disco becomes Minogue’s eighth UK No. 1 she will become the first female solo act to top the British chart in five consecutive decades, with her debut album hitting No. 1 in 1988.

“To be on the precipice of potentially being the first solo woman to do it would be phenomenal,” Minogue told News Corp.

News Corp then offered readers a coupon to get Kylie Minogue’s new album on CD for $14.99.

The coupon is redeemable at a JB Hi-Fi Australia stores or jbhifi.com.au.

The Melbourne lockdown has prompted 3AW’s morning radio king Neil Mitchell to temporarily put on hold negotiations for a long-term contract until he can have face-to-face discussions with Nine radio boss Tom Malone, reports The Australian’s Nick Tabakoff.

The Australian has learnt that days before recording his highest ratings ever with a 22.7 per cent share in last week’s survey, Mitchell signed a short-term six-month contract to roll over on the same terms as his previous three-year deal.

Mitchell’s temporary rollover will take him through to the middle of next year, with the parties likely to nut out a long-term deal sometime early in the new year.

When The Australian reached Mitchell on Sunday, he confirmed the move. “Now I regret it. I could have been negotiating on a 22.7 ratings figure,” he said.

“But in all seriousness, it was my idea. I’m too weary.

Six months after he was snubbed by 2GB radio bosses who handed the station’s prized breakfast slot – a show once promised to him – to a younger Ben Fordham, Ray Hadley is enjoying a popularity surge that has helped Nine Radio to its largest win to date on Australia’s east coast, reports News Corp’s Annette Sharp.

Hadley’s strong margin handed 4BC its first win in the breakfast timeslot in four decades.

While acknowledging the result was “gratifying”, Hadley yesterday took little credit for the win attributing it instead to heightened public interest in the COVID-19 pandemic and the Queensland election.

The show with arguably the deepest pockets on Australian TV has had 12 seasons set in the Victorian capital and is already shaping up for its 13th Melbourne renovation having bought homes in Hampton as the location for next year’s series.

The Melbourne seasons have seen the show invest over $100 million on locations.

That eye watering figure includes the estimated spend on the five homes in Bronte Court, Hampton which will be transformed into luxury family abodes in 2021.

Her daughter Katie confirmed in a Facebook post her mother had died, following a long battle with Alzheimer’s Disease.

She became a household name through her outrageous appearances on The Mike Walsh Show, initially on 10. She first appeared on the show when she was eight-and-a-half months pregnant in 1974 to plug her ailing dressmaking business. Her larger-than-life character made her an instant hit with audiences and she went on to become an Australian television fixture for the next 30 years, taking out two Silver Logies and the Gold Logie in 1976.

On The Mike Walsh Show on Nine she wore gaudy costumes and wigs, years before Lady Gaga and The Adventures of Priscilla, Queen of the Desert. She made home-made frocks of alfoil, garbage bags, bubble wrap and toast- and hats she has made out of food including pizza, french fries, crumpets, bangers and mash, ice cream cones and frankfurters in honour of Melbourne Cup day.

She held audiences captivated with her loud voice, fashionista style and sense of daring, all with an innate Australian sense of self-irreverence.

Little’s TV career started to wind down in the 1990s, but she remained a regular panellist on discussion show Beauty And The Beast until the mid-2000s.

In 2009, she was diagnosed with Alzheimer’s disease. 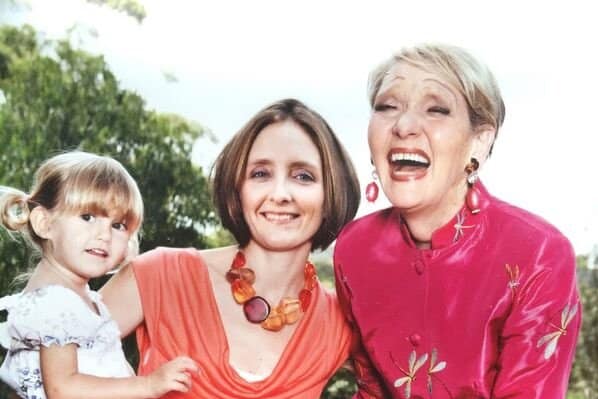 In 2011, Little’s daughter Katie (pictured with her mother) created the Jeanne Little Alzheimer’s Research Fund after her mother was diagnosed with the neurodegenerative disease.

“This devastating disease has engulfed mum so fast, it’s been frightening. We still can’t believe it’s happened,” she said at the time.

Streaming service Stan will create a bespoke sports channel after beating Foxtel to the rugby union broadcast rights, with an expansion into other sporting events expected in the near future, reports The Sydney Morning Herald’s Zoe Samios.

The launch will come as Nine and Stan confirm a multi-year contract with Rugby Australia worth an estimated $30 million annually.

Nine’s announcement will mark a pivotal moment for Stan as it attempts to compete with global streaming platforms such as Netflix and Amazon Prime by offering a wider range of content. It will also officially end a two-decade long relationship between News Corporation’s Foxtel and the rugby. Nine and Foxtel declined to comment.

Nine is expected to air Wallabies Tests, the Rugby Championship and one game a week of Super Rugby on its television network under the new deal. All other Super Rugby games, the Shute Shield and Hospital Cup will sit behind a paywall on Stan.

Ahead of the start of the delayed US 2020 Masters Golf next weekend, Fox Sports 503 will become a dedicated 24-hour channel from Monday, November 9 from 10.30am, providing an immersive destination for fans ahead of the tournament. 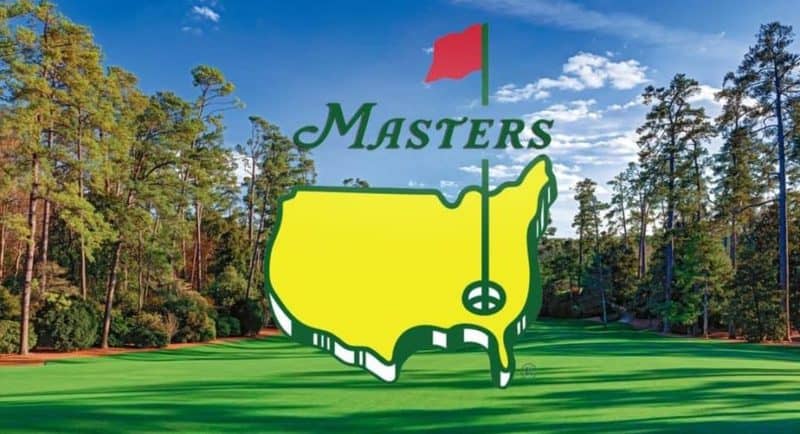 Live daily coverage of The 2020 Masters will begin on Fox Sports and Kayo from 5.00am on Friday, November 13. Coverage will continue across the weekend with live final round coverage on Monday, November 16 from 2.00am.

Viewers will also be treated to special coverage of the legendary Amen Corner, comprising the 11th, 12th and 13th holes, to be broadcast in 4K on Fox Sports Ultra HD. Beginning with the first round on Friday, November 13, the Amen Corner camera will follow every group as they play these three holes across the tournament.

Leading the Australian charge will be Adam Scott who won The Masters tournament in 2013, alongside Jason Day, Marc Leishman and Cameron Smith.

The four-time premiership-winning halfback for Melbourne Storm and Sydney Roosters signed for only 12 months when he joined the pay TV network at the beginning of the year.

“He’s done so well,” Fox Sports head of television Steve Crawley said. “Cooper’s knowledge of the game is just incredible, and it has been an absolute delight to have him.

“He’s got the potential to be really, really good.”