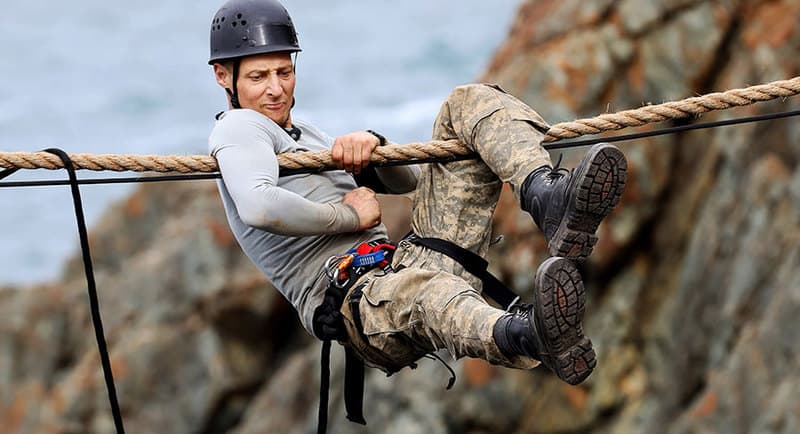 • The Block’s final interiors being fitted out keeps Nine #1

• The Block’s final interiors being fitted out keeps Nine #1
• Best of the rest: SAS Australia, HYBPA? and Australian Story 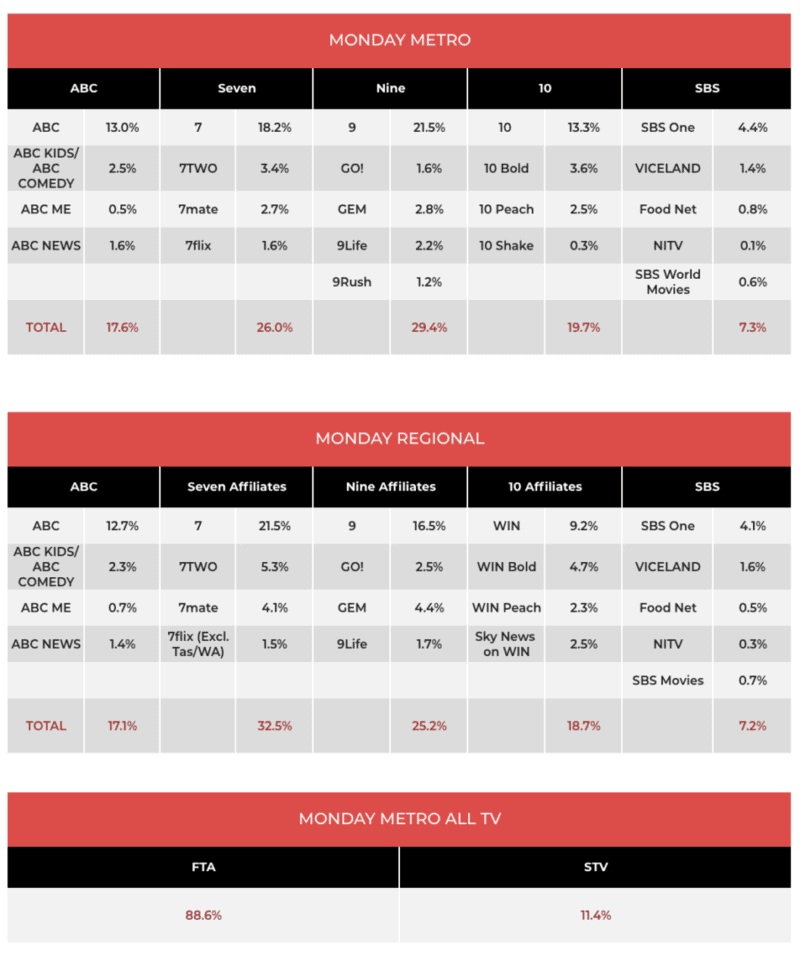 SAS Australia really put the recruits through a punishing schedule of a “cat crawl” on a rope above the ocean, submerged them in some very icy surf and then given a physical drilling to the point of collapse. Ali Oetjen was given a mental workout in the interrogation room too. Suspended swim star Shayna hit breaking point and handed in her number, becoming the sixth recruit to quit the course. There are 11 recruits remaining. The Monday episode was down to 671,000 after 770,000 a week ago.

Nine: A Current Affair started its week with stories on helping dyslexic children and a cemetery that needs some TLC. The Monday audience of 757,000 was after a Week 44 average of 705,000.

The Block featured work starting on the studios and garages that have been constructed at the rear of the properties. It is the last inside space on the series ahead of the backyards and then the auction lead-up. After 975,000 for a room reveal episode on Monday last week, last night was on 830,000.

After a tribute to Sean Connery on Gem on Sunday night (Dr No and From Russia with Love), Nine screened Casino Royale from 2006 starring the man many think might be the second-best James Bond, Daniel Craig, to an audience of 304,000.

10: Titus O’Reilly was promoting his book on cheating in sport on The Project. He shared the program with recent Junior MasterChef evictee Ben. The episode was on 535,000 after a 474,000 average last week.

Later on Junior MasterChef, Curtis Stone set a mystery box challenge around potatoes. Up for grabs was a place in the forthcoming semi-final. The episode was on 486,000 after 447,000 a week ago.

Ed Kavalee took the points again on Have You Been Paying Attention? on the Cup Eve episode with 642,000 watching after 612,000 last week.

The Melbourne Cup broadcaster then had a Melbourne Cup Preview Show hosted by Katy Price with contributions from David Gately and James Winks. The audience dropped significantly though with 149,000 staying on.

ABC: Australian Story updated its Megan Washington story from several years ago with new content about the long journey she has been on to record a new album. The series did 529,000.

Four Corners then looked at the impact Covid-19 had on students in the final year of their studies with 374,000 watching, one of the smallest audiences this year, and down from 688,000 last week.

Special mention too for the continuing strong performance of Bluey with audiences of 341,000 and then 264,000 for the episode on ABC KIDS. 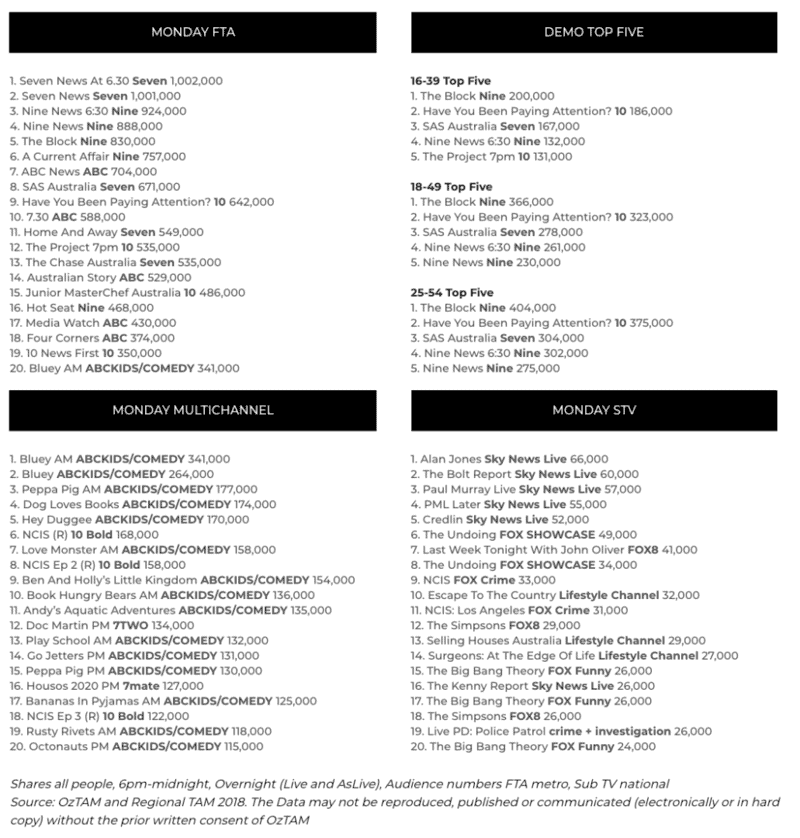