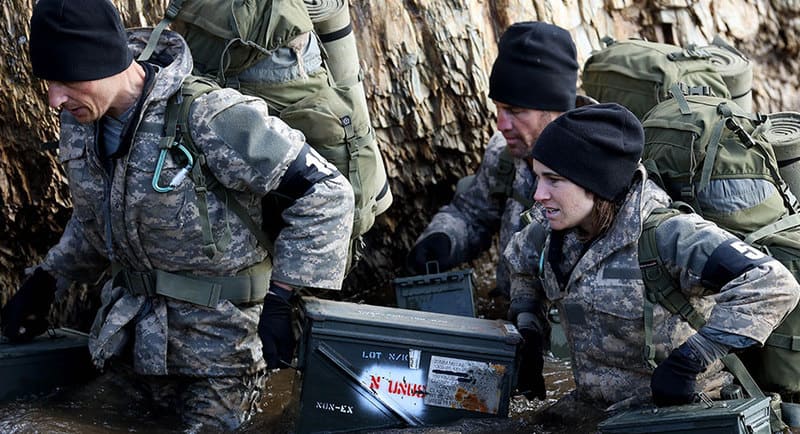 • As The Block exits weeknights, Seven moves into first place 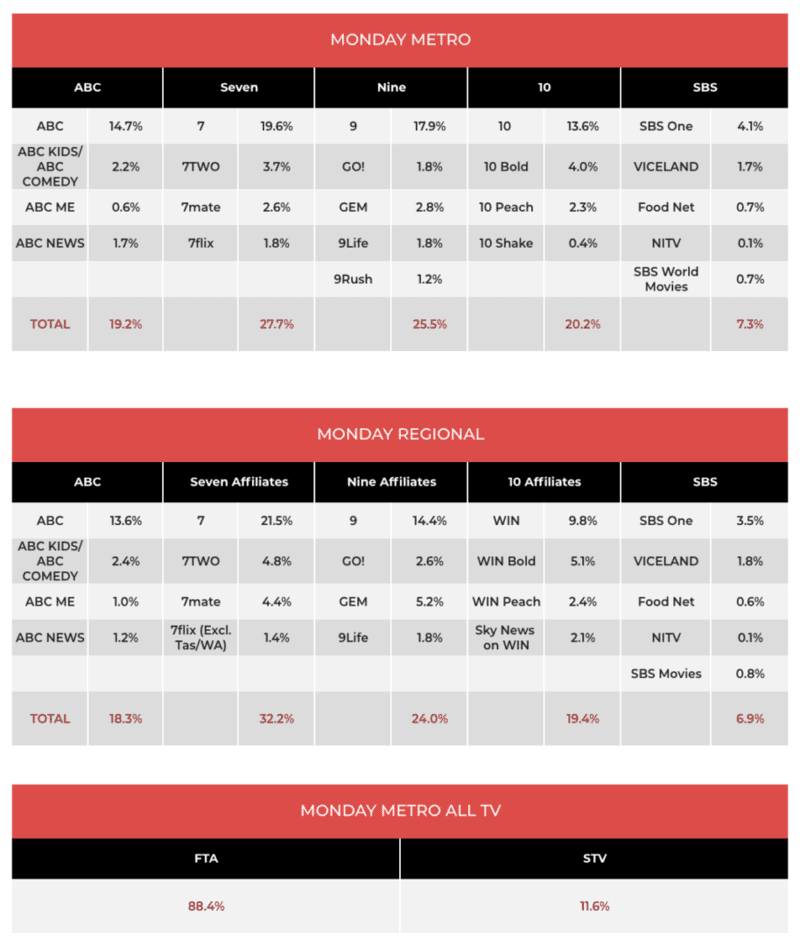 Seven: With no episode of The Block in the Nine schedule, Seven won its first night in 12 weeks.

Episode nine of SAS Australia was on 676,000 making it #1 entertainment program of the night. Plenty of gruelling challenges last night, but no recruits threw in the towel. Two opt out tonight though apparently.

Nine: Tracy Grimshaw warned viewers at the start of A Current Affair that Brady Halls’ story about neglect in an aged care home would be hard to watch and she wasn’t wrong. The episode started the show’s week with 666,000 watching after an average of 687,000 last week.

No episode of The Block for the first time in 12 weeks with Gold Coast Cops moving to Nine to fill the spot. The series has launched on the channel with audiences just over 400,000 for the two episodes.

The James Bond festival then continued with Skyfall on 265,000.

The Project’s Peter van Onselen then hosted Barack Obama: The Interview which was in fact two recent interviews the former President gave to CBS. The audience was 470,000 which is a good result for an hour of US politics in primetime.

The penultimate 2020 episode of Have You Been Paying Attention? featured Ed and Sam with Tony Martin, Amanda Keller and Urzila Carlson. The episode was on 617,000 after 621,000 a week ago.

Australian Story featured how serial killer Bradley Edwards hid in plain sight for nearly 25 years before WA detectives finally tracked him down. The episode was on 601,000.

There is no more Four Corners this year after last week’s explosive investigation. Instead viewers were offered the first of the three-part In the Face of Terror which did 389,000. 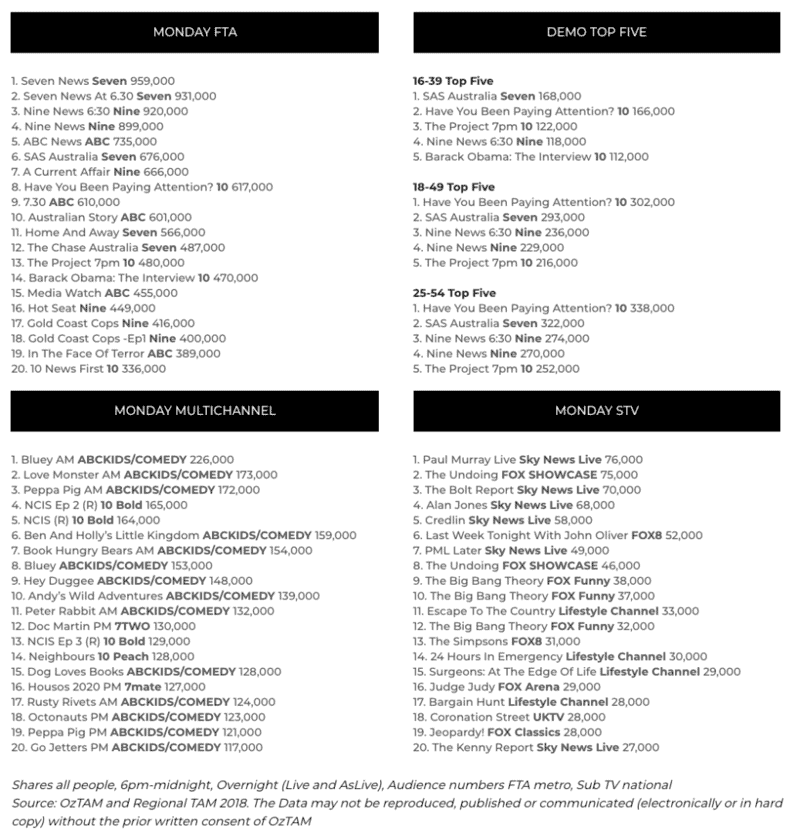