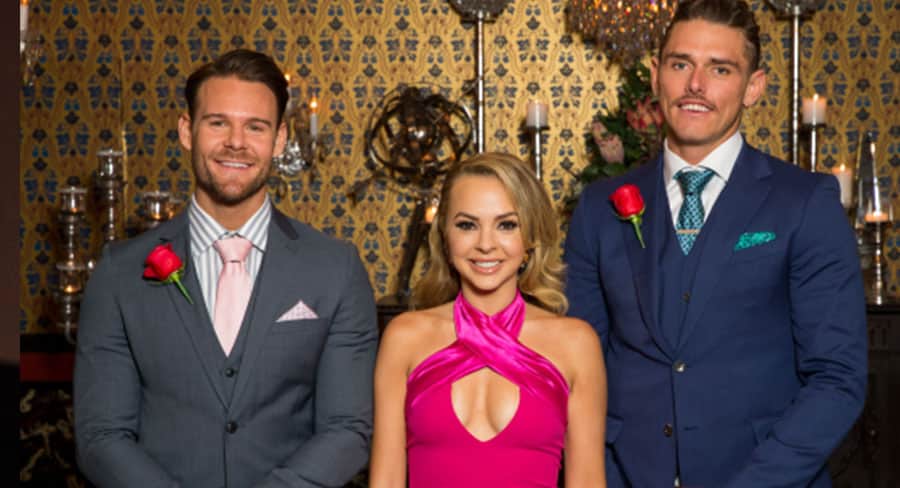 • Bachelorette beats them both as Angie farewells wrong man 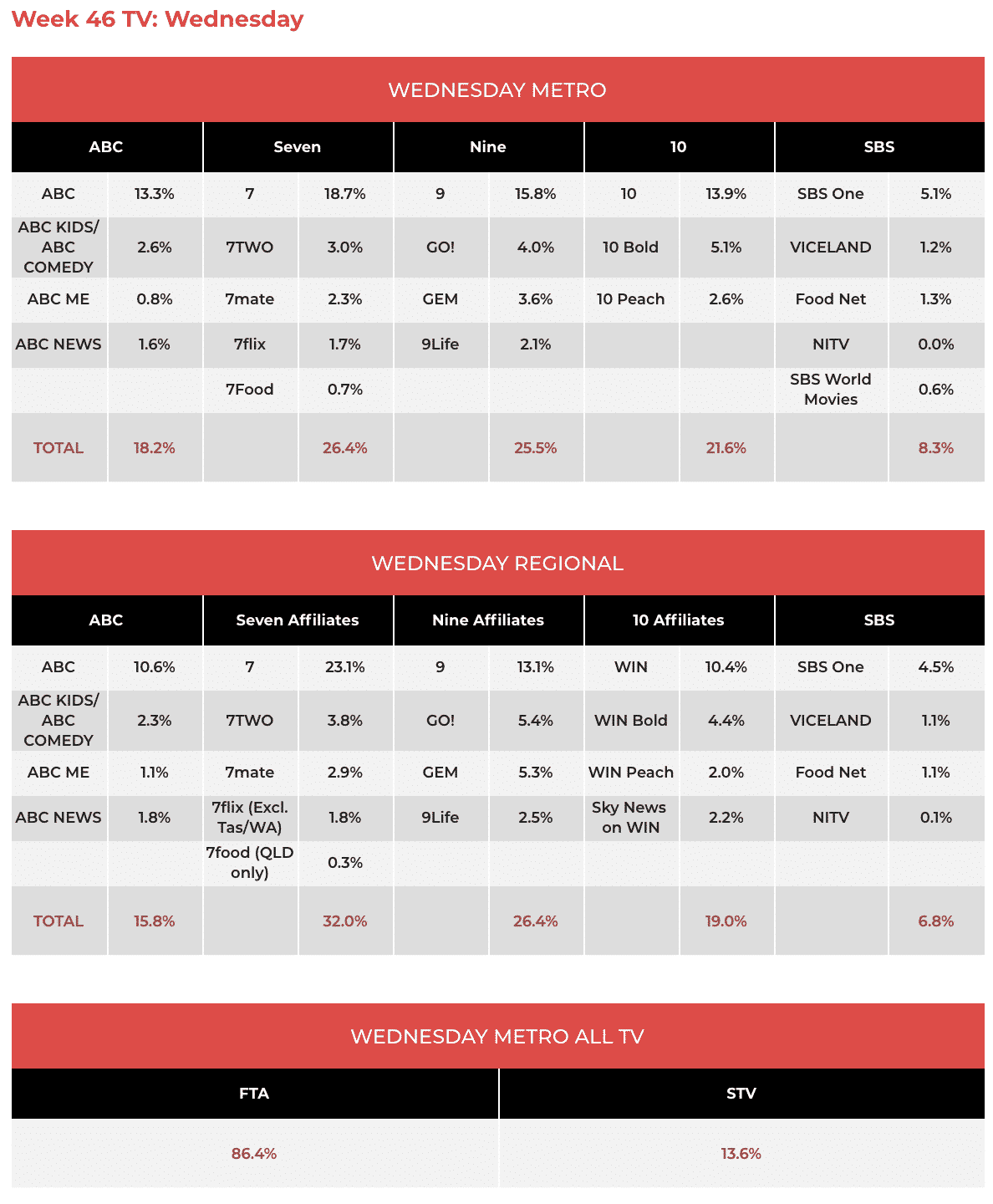 An hour of Motorbike Cops did 481,000 and then 506,000 for the two 30-minute episodes. The episodes narrowly trailed David Attenborough in metro markets, but outperformed it nationally.

The first of two episodes of The Good Doctor this week then did 462,000.

A Current Affair was back under 700,000 for the second time this week after 746,000 on Tuesday. Lauren Golman was reporting on supermarket products of the year. One of the winners was a pack of Crunchy Chips. Golman noted that Woolies and Aldi didn’t enter any products.

The launch of David Attenborough’s Seven Worlds, One Planet was in Antarctica with 538,000 watching.

The Project did 490,000 after 7pm with Carrie Bickmore interviewing Reese Witherspoon and Jennifer Aniston by satellite.

The penultimate episode of The Bachelorette featured the final three. After an episode of trying to decide who would be best to take through to the final, Angie chose Carlin and Timm. Angie however now seems faced with making a choice she doesn’t want. Leaving the mansion a single man, Ryan said: “I’m still kind of trying to wrap my head around what just happened. I still feel like she’s my dream girl. I feel heartbroken.”

As the limo exited the driveway, Angie sobbed: “That was the wrong decision. It felt awful.”

The episode did 829,000 which was the biggest audience this season and the best since the penultimate episode in 2017. The Bachelorette was #1 under 50 and all demos and drove both 10 and the combined channel share to #1 under 50 and demos.

Tony Robinson was in Sydney in the launch episode of Tony Robinson’s World by Rail with 224,000 watching. 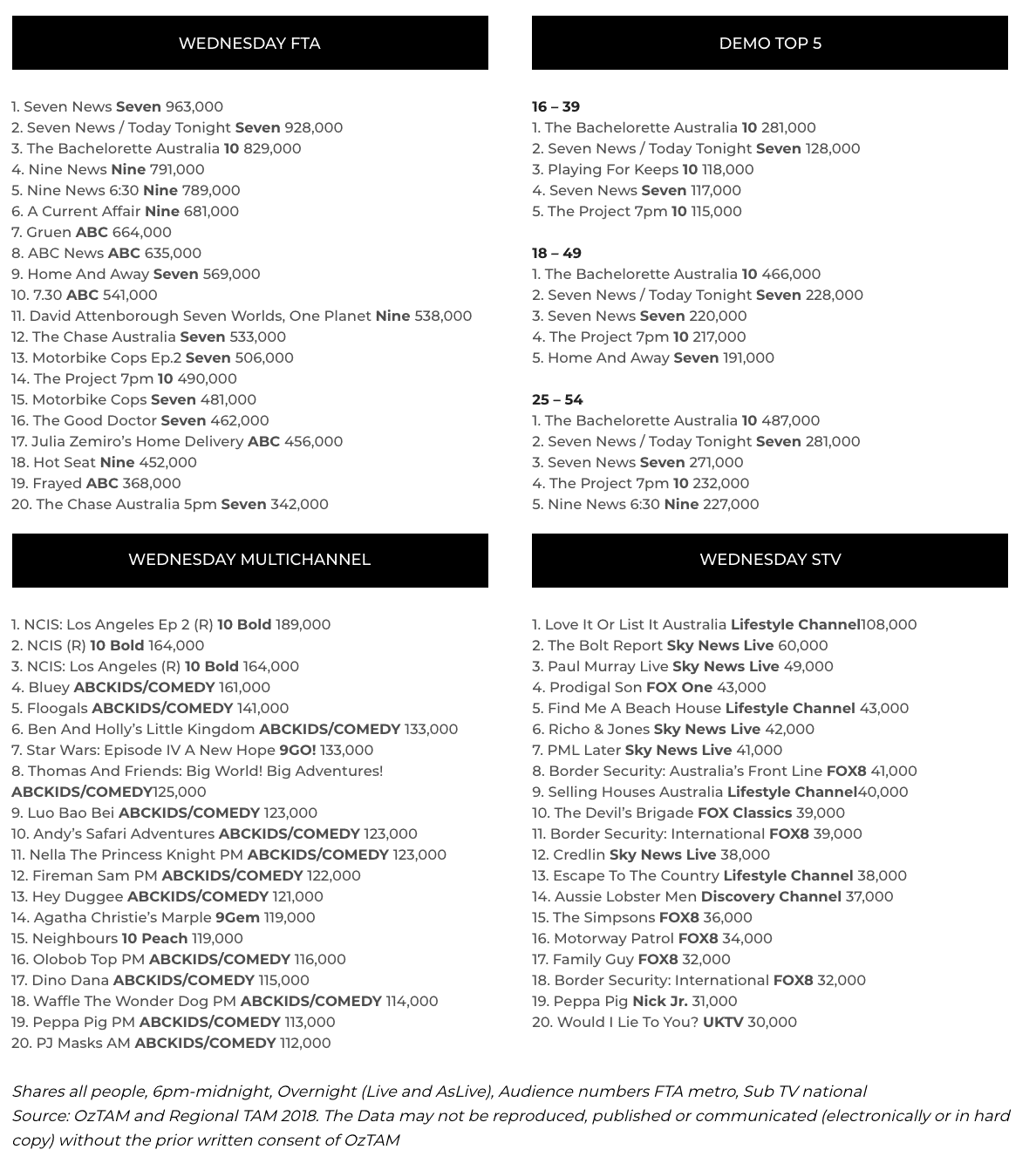