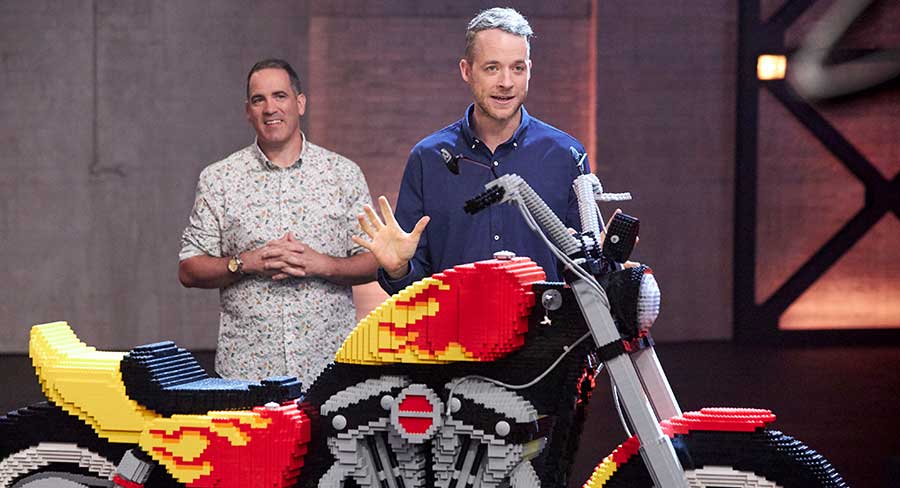 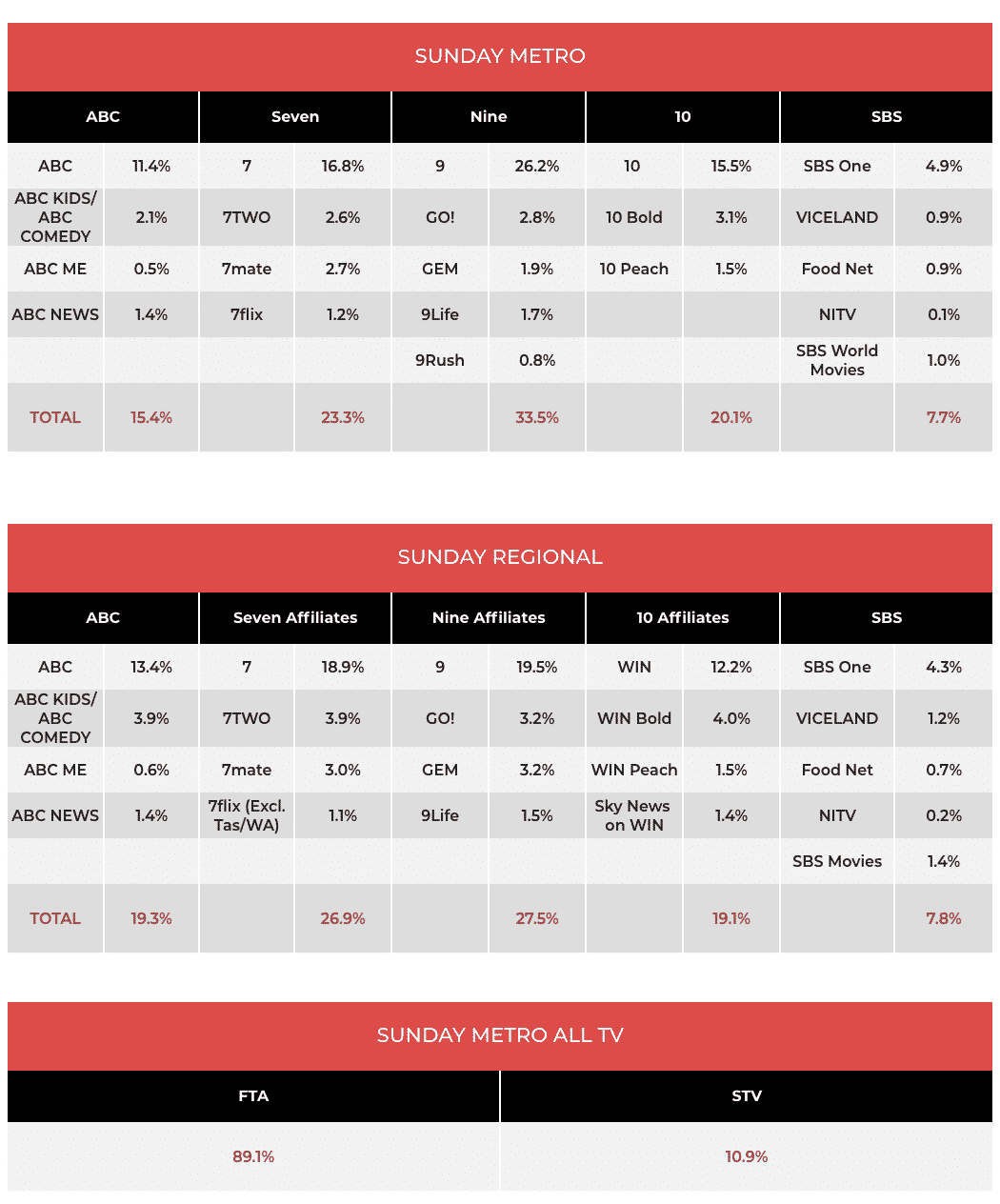 Nine: The penultimate episode of Lego Masters started with four teams and ended with three after two builds separated Tim and Dannii from the series. The first build was Smash & Grab as teams had to fossick on the floor for blocks from a motorcycle build that Hamish Blake smashed. The second build was a challenge to build a city block to fit into a city landscape and to make it work in daytime and night time. The three remaining teams go into battle on the series final tonight for a shot at $100,000. Last night’s episode was on 1.217m which gives the series three successive Sundays over 1.2m.
60 Minutes also came back from a run of lower numbers, which it always manages to do after someone speculates about its future! The show did a very solid 725,000 to help Nine to its best Sunday share since MAFS pre-Easter.

Seven: A single Sunday episode of House Rules: High Stakes saw the teams at work on the Greystanes home of Lenore and Bradley. The episode did 641,000, bang on what the first of two episodes did on Sunday last week.
The 2000 movie Cast Away then did 254,000.

10: A two-part elimination challenge was the start of the end for Hayden who has flirted with elimination for a couple of weeks. After part one of the Sunday episode saw Tracy, Simon, Jess, Emelia, Khanh, Reynold and Reece safe as they joined Poh to watch the remaining contestants battle it out. The bottom two were Hayden and Sarah with Sarah dodging a bullet this time. The Sunday episode did 947,000 after 941,000 a week ago.

SBS: The special 2020 Eurovision: Europe Shine a Light was a hard sell with 98,000 after 8.30pm. The channel’s biggest audience came earlier in the night with 296,000 watching a repeat of King Arthur’s Britain. 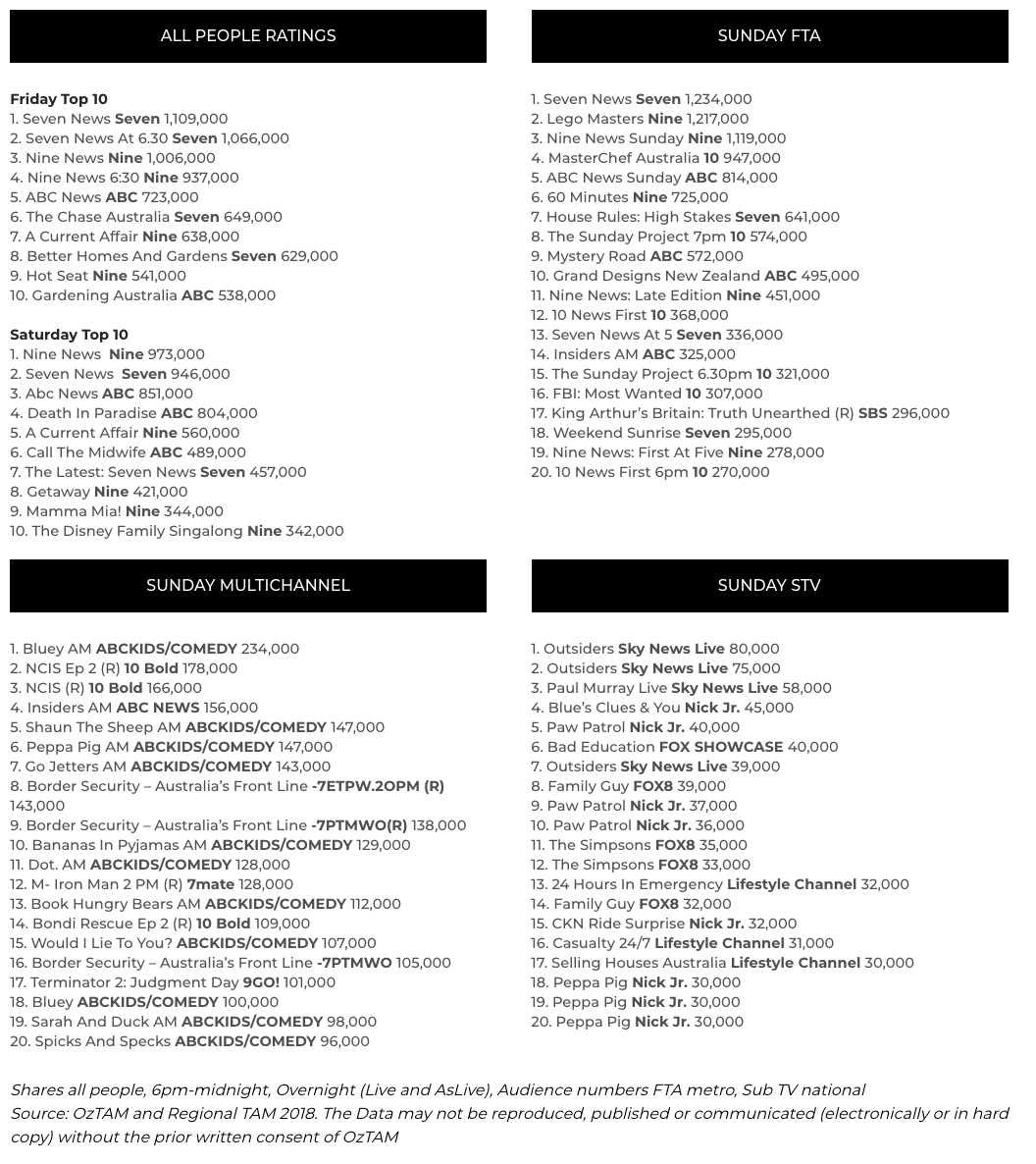