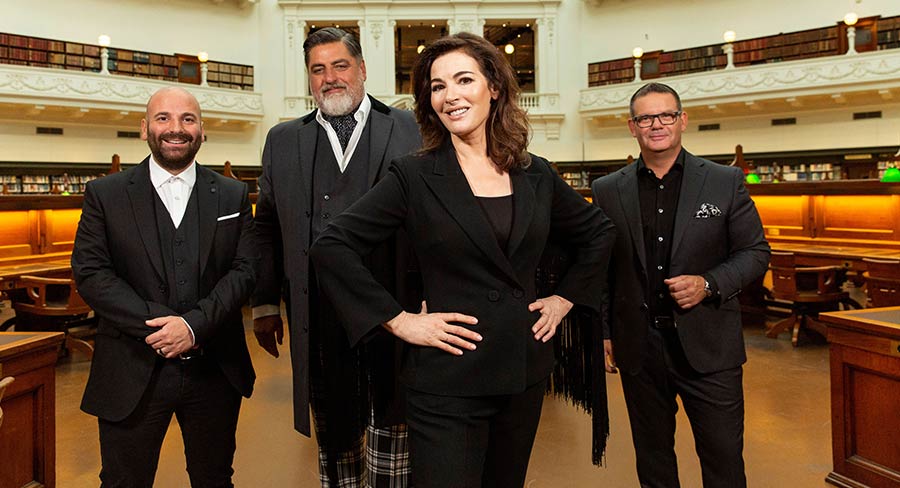 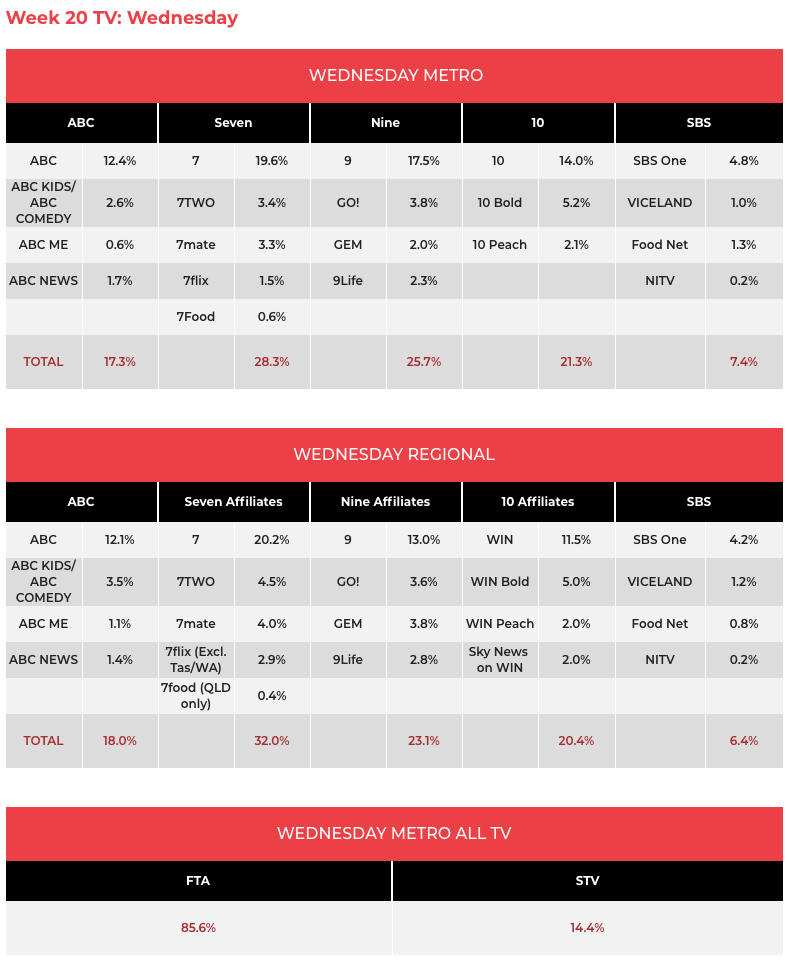 After a flat Tuesday, Seven moved into first place last night with the leading primary and combined channel shares.

At 5.30pm The Chase became the fourth most-watched show across metro and regional markets behind only the 6pm news bulletins and A Current Affair. In metro markets it ranked #6.

The night after its Lego Masters’ triumph saw Nine drop to 17.5% to take second spot behind Seven.

Talkin’ ‘Bout Your Generation had a rough night with the audience below 600,000 for the first time – 540,000 tuned in for guests Michala Banas and Brendan Fevola.

The launch episode of its new drama Five Bedrooms did 507,000 which is a good number now for a drama series with catchup viewing sure to bump that number over the next few weeks. The drama ranked #2 for the night with women 25-54, and gave 10 the top three shows in that demo – the others were MasterChef and The Project.

Earlier in the night The Project 7pm was on 485,000 where Waleed Aly gave Bill Shorten as good a grilling as he’s probably had in any interview this campaign.

The third night of Celebrity Name Game as on 248,000 for a second successive night.

Laura Tingle was reporting from the seat of Wentworth last night including chatting to people at Easts Rugby in Rose Bay. She also called it a very grubby election campaign on 7.30 with 610,000 watching.

Anh’s Brush With Fame then did 555,000 with Walter Mikac sitting for the artist.

The Weekly was making most of the last days of the campaign with 510,000. Stephen Curry got a real work over on Hard Chat. 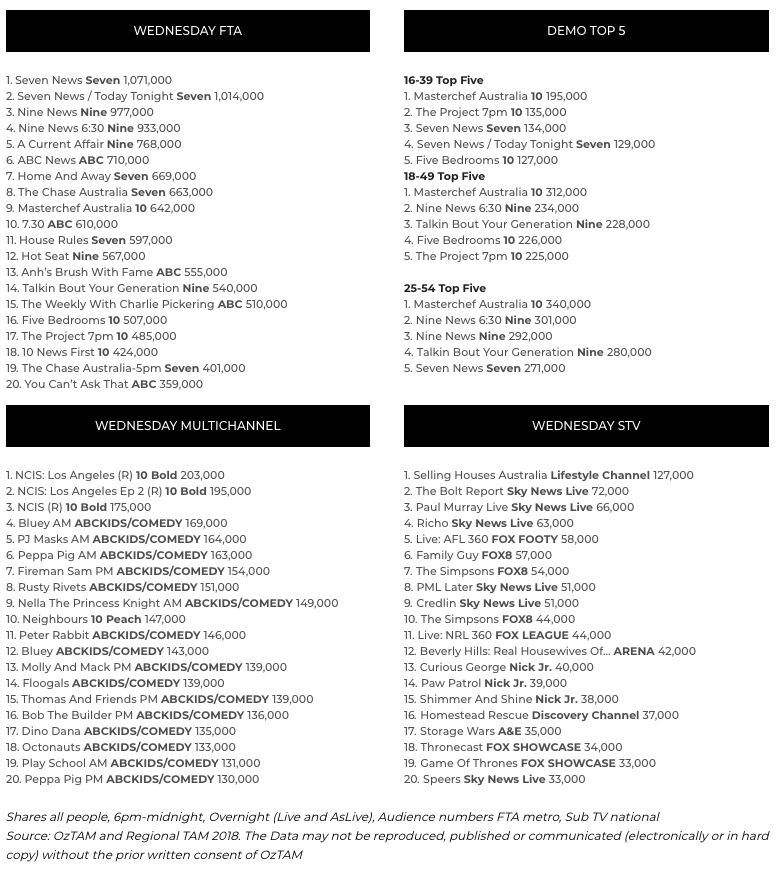