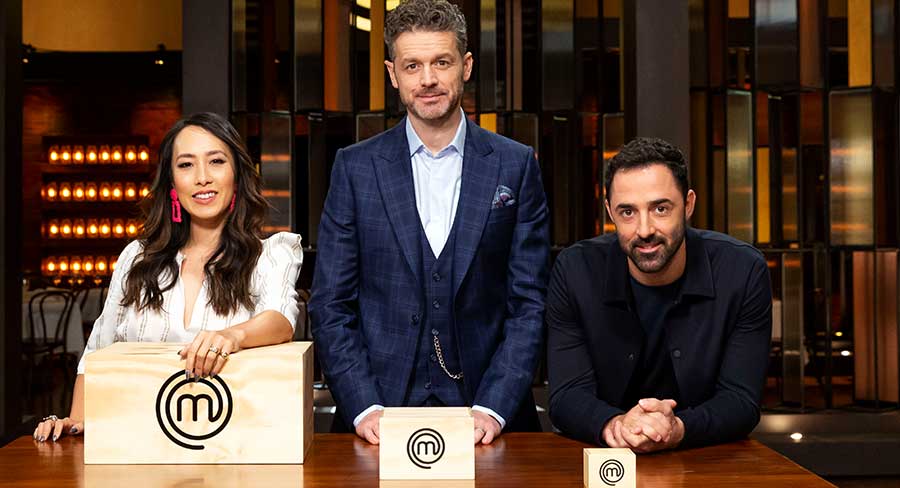 Nine: A Current Affair held close to 750,000 again as the show featured an interview with the travel industry executive who had verbally attacked Tracy Grimshaw.
Advertised as the season final that will captivate Australia, the last episode of Doctor Doctor’s season took a long time to get here after having a year off. Shifted to 7.30pm, the audience hasn’t blossomed in the early timeslot. Not that there’s anything too shabby about 500,000 overnight for drama in any timeslot. Dr Hugh Knight farewelled his fans with 482,000 watching.
Paramedics then did 474,000.

10: The channel continues to perform well off the back of MasterChef where another twist last night in the first part of a slightly drawn-out two-night immunity process kept the audience close to 950,000. But this year it’s all about the food and the journey and not the destination. Late ingredients being added to the Mystery Box was the twist and there were loads of good dishes despite the surprise.
The Secrets She Keeps then had its biggest episode of the season with 419,000 after 390,000 last week.

ABC: Hard Quiz ended its current run with specialist subjects snakes, clarinets, Transformers and the Middle East. The run ended with 760,000 after 709,000 a week ago.
The Weekly with Charlie Pickering climbed from 587,000 to 638,000. Highlights last night were Yard Chat with Andrew Gaze, Charlie Pickering with Miriam Margoles and a different sort of tribute to Alan Jones.
At Home Alone Together then premiered with a strong 466,000 at 9pm, ranking #1 in its timeslot. There was much to laugh at with Ryan Shelton (and brother Jason) back on TV, while Deborah Mailman reading Shakespeare at home on Zoom was very funny. 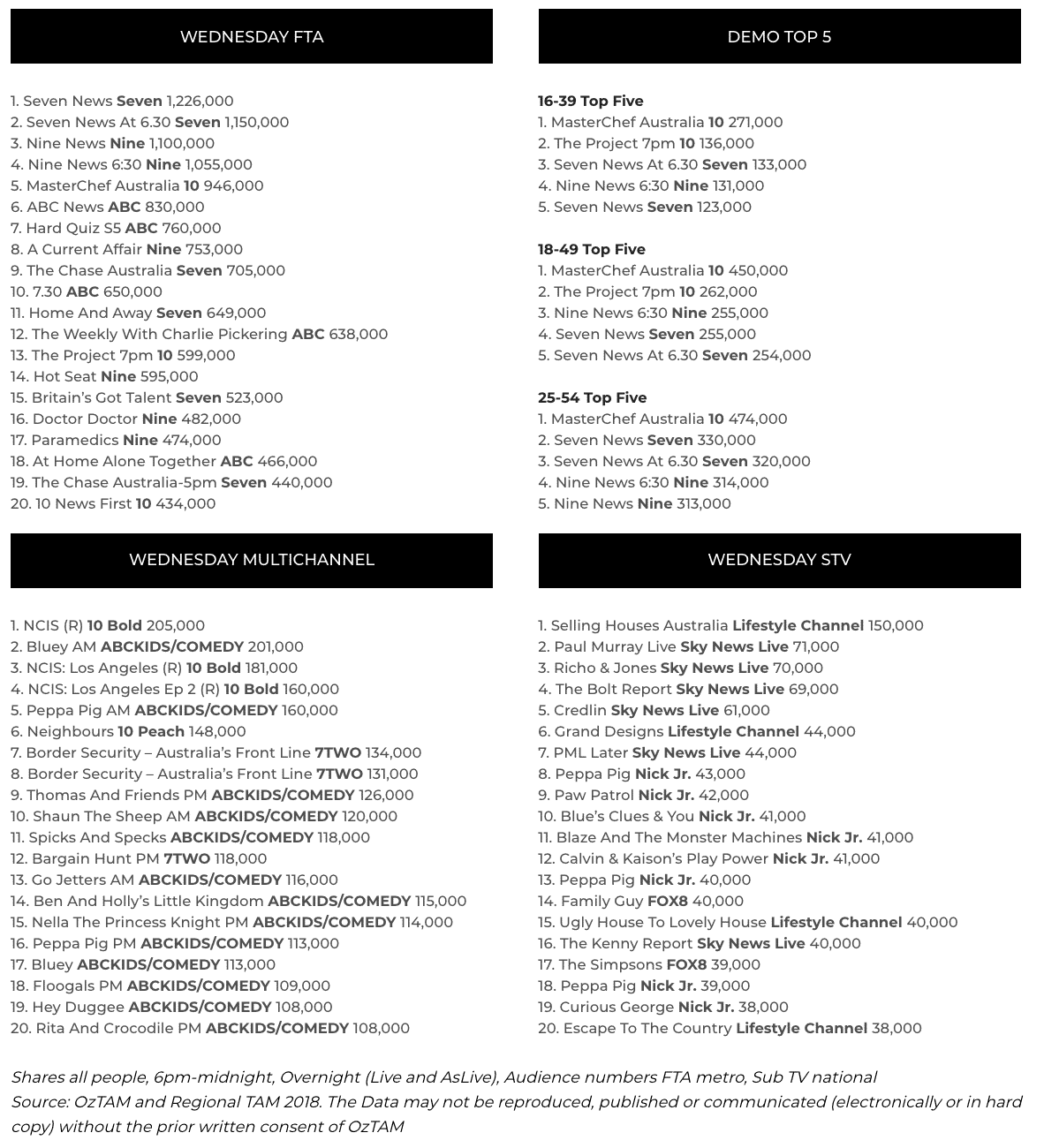