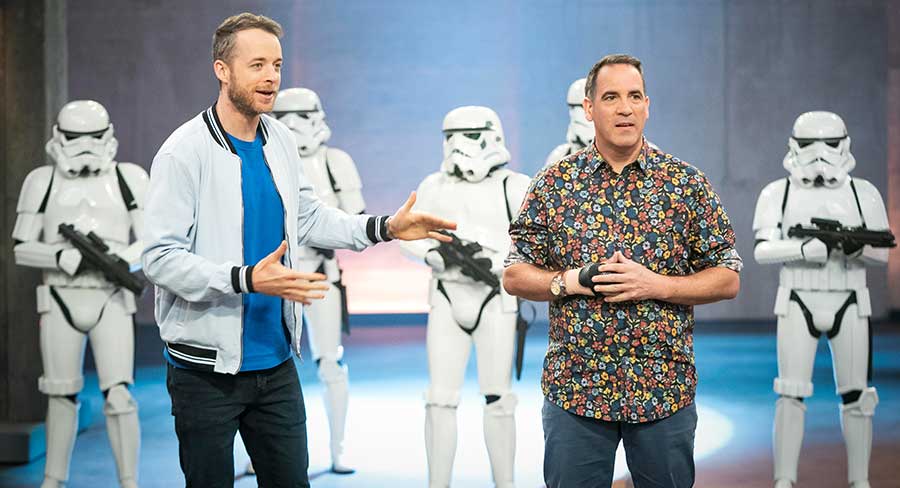 • Seven won’t lie down: Gets oh-so-close to Sunday upset

Nine: Lego Masters had its third Sunday over 1.2m in four weeks. However the big crowd watching the Star Wars build couldn’t stop Nine recording its lowest Sunday share since the Australian Open.
60 Minutes wasn’t able to outrate a second episode of Seven’s House Rules with the Nine audience on 543,000, close to a low of 532,000 recorded a fortnight ago. Is it time for Nine to experiment with 60 Minutes in the 7.30pm slot on another night?

Seven: Seven recorded its best Sunday share in six weeks and its third-best since survey started. It ended the night trailing Nine in all people share by 1.5. The boost came from two episodes of House Rules with the second running until around 9.30pm. The two episodes did 641,000 and 657,000 as the Queensland build was revealed.
A repeat screening of ABBA Forever did 346,000.

ABC: ABC News was over 800,000 and then the short COVID-19 update The Virus did 642,000. Shortening the news seems to give people an exit from the channel.
Grand Designs New Zealand was on 484,000.
The fourth episode of Mystery Road lifted the numbers to 576,000 after exactly the same overnight number a week ago.
Killing Eve then did 212,000.