• MKR and DWTS slump as Sunday audience spoilt for choice 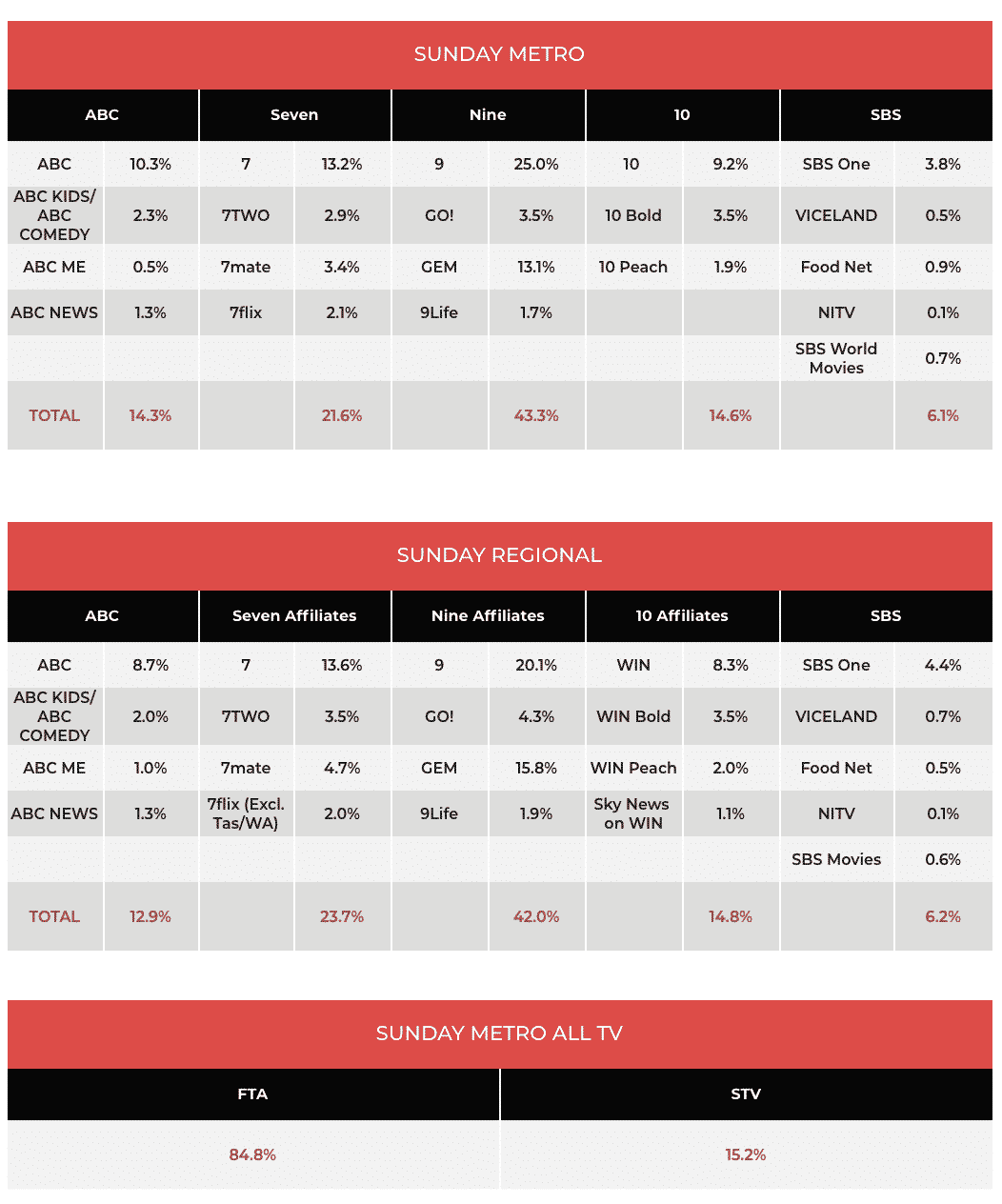 For 21 nights Married At First Sight has dominated the ratings for Nine and the Endemol Shine Australia produced reality show did it again to start another ratings week on a night where there was more on offer than ever.

MAFS managed to go oh-so-close to 1m viewers while the next biggest audience in its timeslot was also tuned to Nine – watching the final of the Women’s T20 World Cup on Gem where Australia turned it on for its best match of the tournament. The cricket audience averaged 531,000 for the game that ran from 6pm until just after 9pm. The national cricket audience was 825,000 while an extra 341,000 were watching Fox Cricket.

Back on Nine’s primary channel, 60 Minutes recorded its biggest audience of the year with 842,000 watching Liam Bartlett in scary illegal wildlife markets in Asia and Dolly Parton telling Tom Steinfort she would never retire.

The MAFS commitment ceremony and cricket combo was bad news for Nine’s competition.

Seven posted its smallest audience ever for My Kitchen Rules with the audience on 395,000. Later in the night The Good Doctor did 286,000.

10 did it tough too with Sunday share under 10% and an audience of 352,000 watching Travis Cloke depart Dancing with the Stars. This means both Ed Kavalee and Claudia Karvan are among the final six remaining. Also on 10, The Sunday Project 7pm did 321,000.