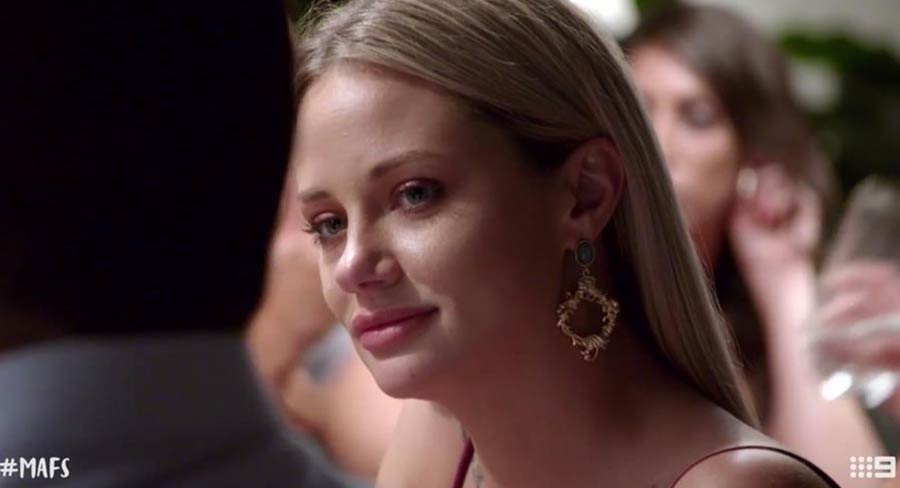 My Kitchen Rules had another night close to 750,000 as Stacey & Ash were forced to withdraw from the competition on doctor’s orders, with Ash suffering from an infected eye socket. Andy & Ruby showcased farm fresh lamb, winning Farmers’ Choice and Pete’s praise for their quinoa. Guest chef last night was Curtis Stone.

The final episode of Undercurrent: Real Murder Investigation then did 444,000.

Dan and Jessika shared a “magical” kiss on another dinner party episode of Married At First Sight, which will be firing watercooler chat around the nation today. The series has wrapped another ratings dominating week with a Wednesday audience over 1.3m.

The Project did 369,000 after 7pm with Peking Duk and Russell Howard on the show.

Hard Quiz continues to be a midweek champion with just under 700,000 last night. The quiz show proved more popular in Sydney than MKR and it only trailed it narrowly in Melbourne.

Gourmet Farmer followed the SBS World News into primetime with 130,000 watching a repeat of life on the Tasmanian farm.

A repeat of Great British Railway Journeys then lifted the audience to 208,000.

The first of the four-part Australia In Colour saw the channel’s biggest crowd with 337,000.