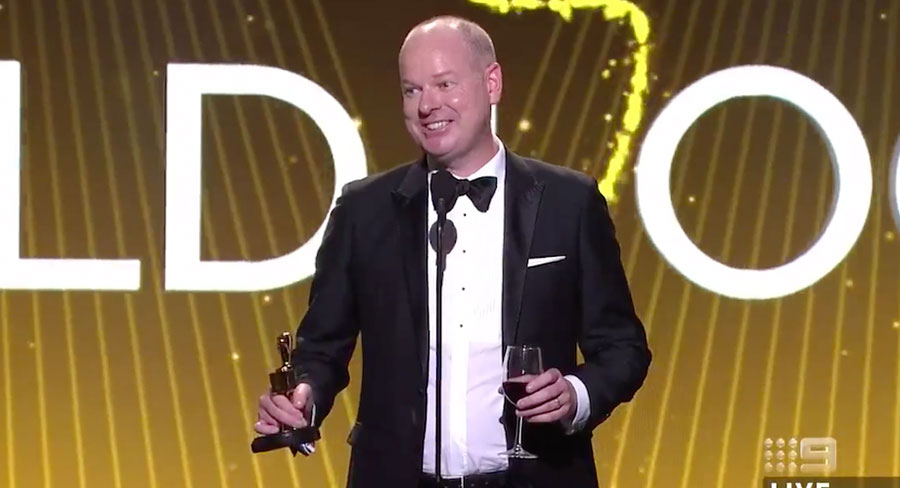 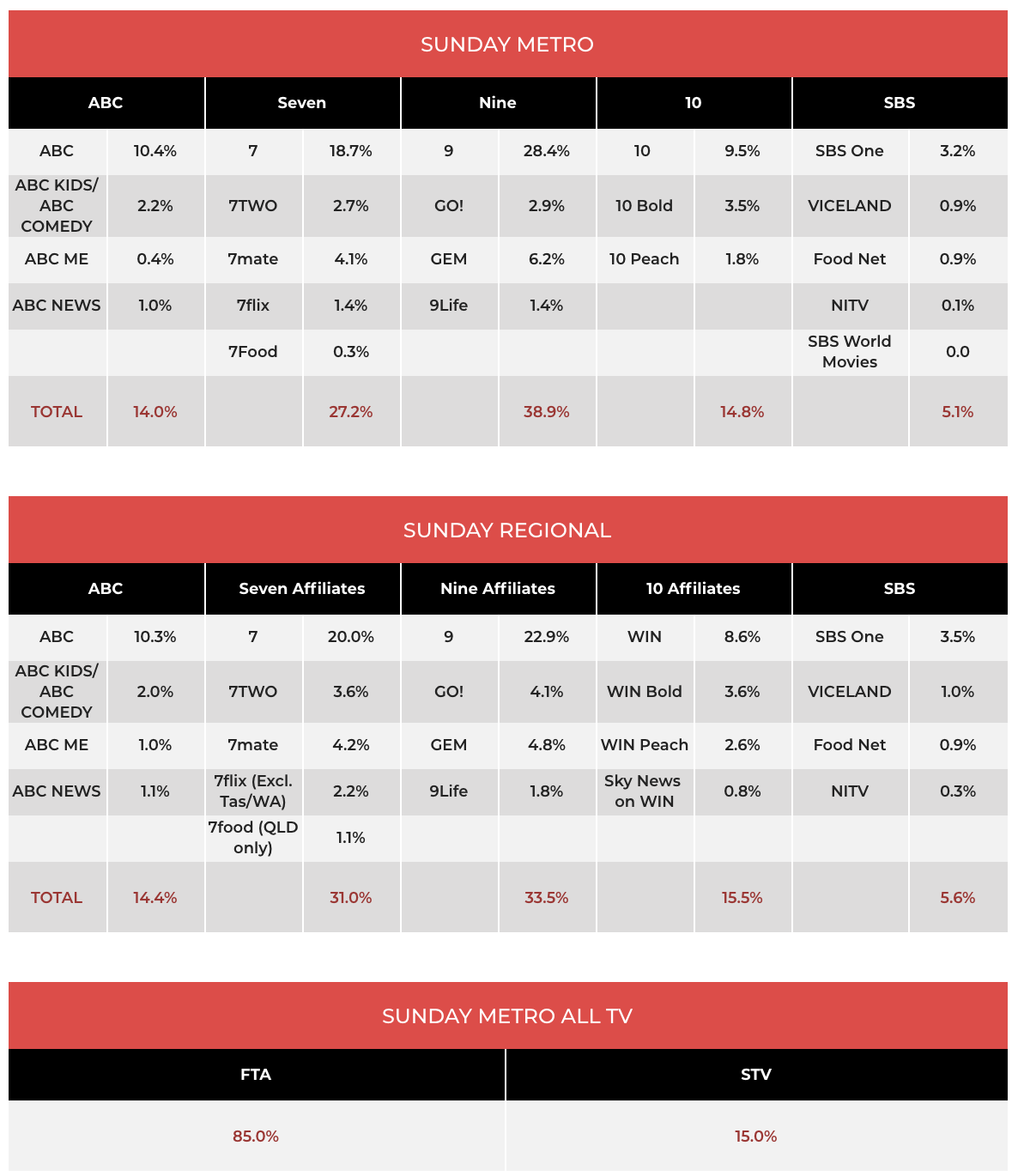 Seven hasn’t been a big TV Week Logies winner recently, but is this the first time it has not one anything at the awards?

Sunday share was close to 10.0 behind Nine in both primary and combined channel shares despite Seven having the #1 program of the night, Seven News.

House Rules had a respectable 720,000 watching, well ahead of MasterChef.

Nine had the biggest TV Week Logie TV audiences, now it needs to get serious about getting a few TV Week Logie winners. Expect a few more aggressive campaigns in 2020 perhaps resulting in some high profile victories.

The Project interviewed its own hosts – Carrie, Waleed, Pete and Lisa – as they walked the Logie’s red carpet shortly before they took to the stage to collected yet another trophy. Carrie certainly picked her moment to return to the award-winning series. The Sunday episode did 390,000 after 7pm.

MasterChef then took a hit from the awards show. Although the first Logie handed out last night belonged to 10’s cooking show with Gary Mehigan accepting the award. Meanwhile back on 10 the episode had the smallest audience yet this year with 532,000.

The Sunday dramas delivered two audiences of close to half a million.

Watch out for the first shares this week of the new World Movies channel, which started broadcasting at 10am this morning. 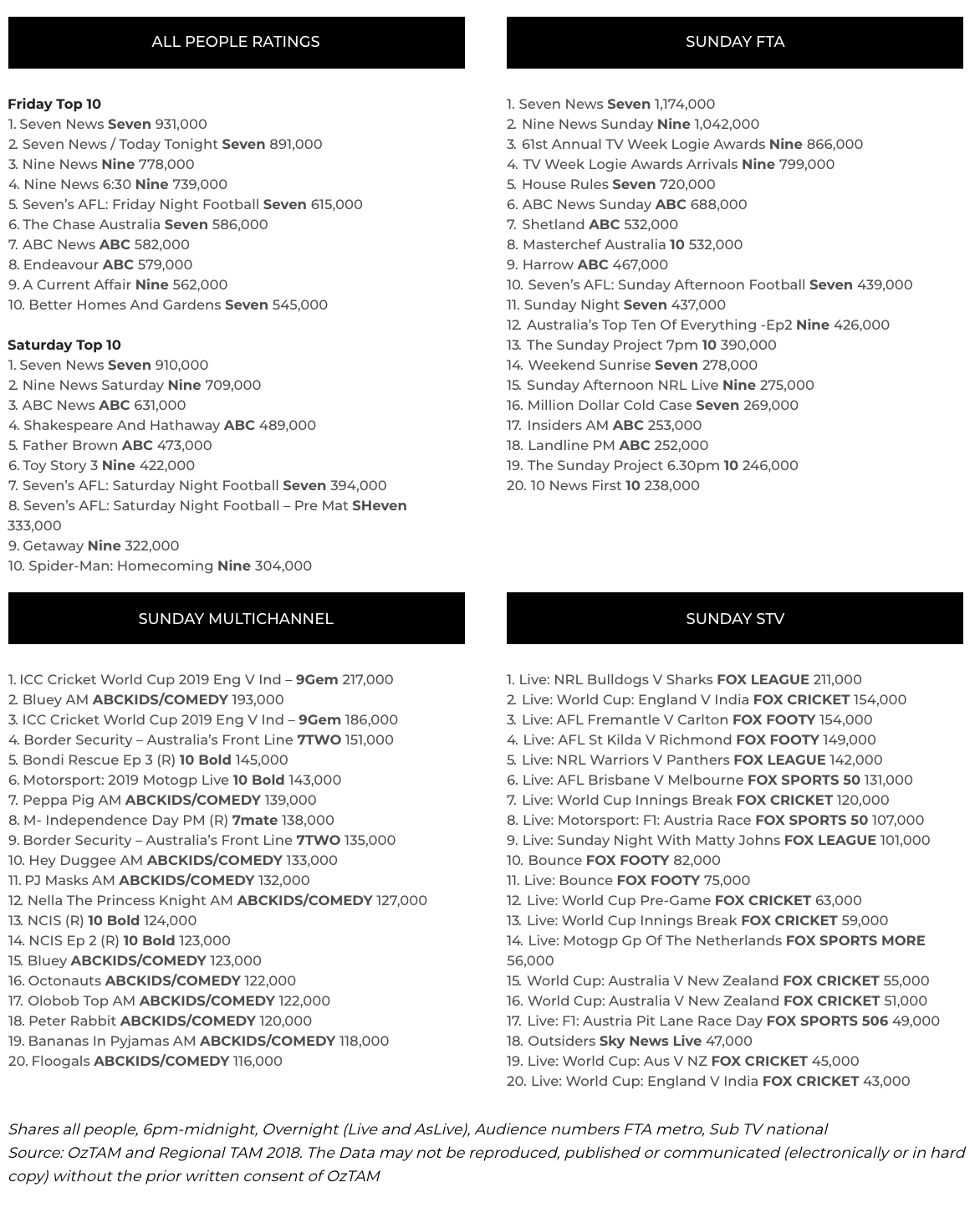